The MSME sector contributes significantly to manufacturing output, employment and exports of the country. Despite their high enthusiasm and inherent capabilities to grow, SMEs are facing a number of challenges which need to be considered on a priority basis. A report by Team INCLUSION 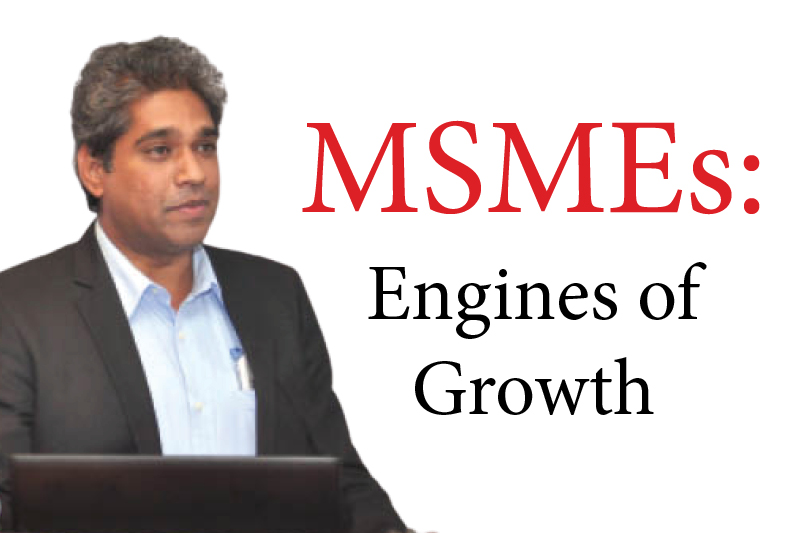 Worldwide, the micro, small and medium enterprises (MSMEs) have been accepted as the engine of economic growth and for promoting equitable development. The major advantage of the sector is its employment potential at low capital cost. The labour intensity of the MSME sector is much higher than that of the large enterprises. MSMEs constitute over 90 per cent of total enterprises in most economies and are credited with generating the highest rates of employment growth and account for a major share of industrial production and exports.

According to a report by International Finance Corporation (IFC) that conducted a study of 132 countries, there are about 125 million MSMEs worth an estimated 85 million in emerging economies. MSMEs are the largest employment generators globally, with MSMEs in high-income economies employing at least 45 per cent of the workforce.

In India too, MSMEs play a pivotal role in the overall industrial economy of the country. As per available statistics (4th Census of MSME Sector), this sector employs an estimated 59.7 million persons spread over 26.1 million enterprises. In terms of value, the MSME sector accounts for about 45 per cent of the manufacturing output and around 40 per cent of the total export of the country.

Currently, the MSME sector in India is broadly classified into manufacturing and those engaged in rendering services. These are further classified into macro, small and medium enterprises based on their investments in plant and machinery or equipment as seen in the table.

The MSME sector, being one of the prominent sectors of the economy, contributes significantly to the country’s industrial production, exports, and employment. It also plays an important role in socio-economic development of the country by supporting industrialisation in rural and backward areas with a lower capital base. The MSME sector’s progress facilitates entrepreneurship development, which in turn assists in wealth creation and achieving inclusive economic growth.

It is well known that the MSME sector provides maximum opportunities for both self-employment and jobs, outside agriculture sector. In recent years the MSME sector has consistently registered a higher growth rate compared to the overall industrial sector. With its agility and dynamism, the sector has shown admirable innovativeness and adaptability to survive the recent economic downturn and recession.

The MSME sector contributes significantly to manufacturing output, employment and exports of the country. Despite their high enthusiasm and inherent capabilities to grow, however, SMEs in India are also facing a number of problems like sub-optimal scale of operation, technological obsolescence, supply chain inefficiencies, increasing domestic and global competition, fund shortages, change in manufacturing strategies and turbulent and uncertain market scenarios. To survive with such issues and compete with large and global enterprises, SMEs need to adopt innovative approaches in their operations. SMEs that are innovative, inventive, international in their business outlook, have a strong technological base, competitive spirit and a willingness to restructure themselves can withstand the present challenges and come out successfully to contribute 22 per cent to GDP.

Despite several measures adopted by the Government and the Reserve Bank of India, availability of credit continues to remain the key hurdle in the growth and investment of the MSME sector. Though there are several sources available for financing, few problems related to each of the sources make it difficult to get credit on affordable terms. The main reason for bank credit is its risk perception about the MSME sector owing to lack of collateral and high transaction cost involved in loan proposal.

According to statistical data released by 4th census of MSME, only 5.16 per cent of total MSMEs, both registered and unregistered, have availed of finance through institutional sources. Further, 2.05 per cent of the enterprises have taken finance via non-institutional sources, majority of them, i.e., 92.73 per cent belong to no finance or self-finance category. Hence, proactive measures are required to be taken to enhance credit from banks, especially to unbanked population, to divest traditional ownership of family business and methodological infusion of equity to achieve the broad based growth. The merchant banker must be considered a partner or intermediary, who is going to take the SME through, right from the preparation of the offer document.

Absence of equity capital is also hindering the growth. Though private equity is most suitable for MSME, fiscal and regulatory barrier as well as global financial turmoil has dried up the finances from
this source.

In September 2012, the National Stock Exchange (NSE) launched its SME platform named ‘Emerge’. In about a year, four companies have listed on the platform. “The NSE is not really looking at the size of the turnover. It ranges from Rs 200 million to Rs 1.5 billion and the fund rising can be as little as Rs 100 million. But what we are looking at in NSE is good quality businesses, good quality companies and good management teams coming on board,” says Khyati Shah, Chief Manager-SME, National Stock Exchange of India.

The effort is to build credibility on the platform, bring confidence into the investors that the companies which get listed on the NSE platform may be small but that does not mean that they are not good companies or they’re going to run away with your money. “We are doing our bit to ensure quality, further ensuring that there is good diligence done before we take the company on board”, add Shah.

MSMEs’ role in terms of employment creation is eminent, yet, entrepreneurs in the sector complain of having labour shortage. There is insufficient number of vocational training institutes. The available network of industrial development institutes and information & communication technologies (ICT) not only lack adequate amenities but also fail to provide placements. There is a need to have many more training programmes. Typically, in SMEs, a few people play a critical role. These organisations have to pass on the work systematically to the successors through proper training. The National Policy on Skill Development has set a target of skilling 500 million people by 2022, and it is hoped that the needs of the SME sector will also be met.

If one were to really hold a mirror to what’s happening today than it would not be far from the truth to say that Indian SMEs suffer from problems of suboptimal scales of operations and technology obsolescence.

In India, the MSME sector is mainly labour intensive and there is also availability of cheap labour. However, technology has its role to play in achieving economies of scale, improving quality and prevailing over labour shortage. Use of appropriate technology in the manufacturing process will bring down production costs and improve productivity. The current globalisation, which is characterised by innovation and competition, makes it inevitable for MSMEs to equip themselves with new technology. Business automation is the key to growth and success.

Many SMEs are not even aware of the possibilities of technology. “Technology tools that were available only to big boys, including ERPs and CRMs, are readily available now for SMEs. This change has happened due to something called cloud computing,” says Lakshmi Narayan Rao, CTO, Technology Services, HP India.

Some MSME owners are using web and social media tools to promote brands and conduct surveys. However, these are largely focused on enhancing sales rather than improving customer loyalty or gaining market insights

Marketing is one of the weak areas in the MSME sector, having major issues mainly due to unavailability of finance and lack of awareness. The sector still needs to learn the best of global marketing practices. This is evident from the fact that mere 1 per cent of the total MSMEs are exporting units. There are a few MSME owners who are using web and social media tools to promote brands, create related communities, and conducting surveys, however, the result of such a campaign is largely focused on enhancing sales rather than improving customer loyalty or gaining market insights. Hence, the major challenge for the MSME sector today is to update and act upon the changes in marketing dynamics arising out of globalisation and technological upgradation in every sphere of marketing, brand building, after sale service, and building clientele.

An estimated 26 million SMEs in India employ a whopping 60 million people. They contribute 45 per cent of the country’s manufactured output and 40 per cent of its exports. “While the contribution to GDP remains 17 per cent, it is expected to touch 22 per cent because of investments in technology upgradation,” says industry body Assocham in a report published in February 2012.

What is hurting, though, is the cost of money. Typically, SMEs borrow at a higher rate than larger companies – 11 to 13 per cent against eight to 10 per cent. In 2012, borrowing rates for SMEs were as high as 15 per cent.

Rising raw material and labour costs have also taken their toll. For a manufacturing unit, raw materials make up 60 to 65 per cent of total costs. Living expenditure in cities is rising; also labour, which had no work in the villages earlier, now prefers to stay there because of the employment opportunities offered by the Mahatma Gandhi National Rural Employment Guarantee Scheme (MGNREGS). Then, delayed payments from large companies, which are themselves under pressure, have resulted in inventories piling up and working capital getting blocked. That was a disturbing trend throughout 2011-12.

The good news is that despite the odds, SMEs are not throwing in the towel. In November 2011, after six years of deliberation, the government pushed through a policy that makes it mandatory for government bodies and PSUs to increase procurement from micro and small enterprises to 20 per cent of their requirements within three years. The National Small Industries Corporation (NSIC) estimates this will impact 20,000 units, and open up business opportunities worth `500 billion within three years.

Despite less capital and high absorption of manpower, the sector has contributed to rural industrialisation and employment generation. With government support and constant endeavour to resolve the challenges of marketing, capital and technology, the sector will continue to play a substantial role in the Indian economy. 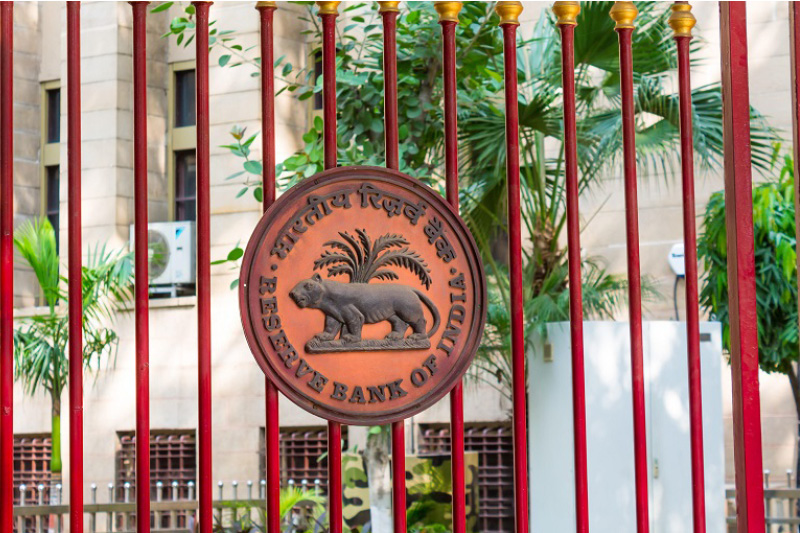 The twin objectives of Monetary Policy – Containing Inflation and Promoting Growth – have largely been addressed in the latest Monetary Policy Statement of the Governor, Reserve Bank of India...