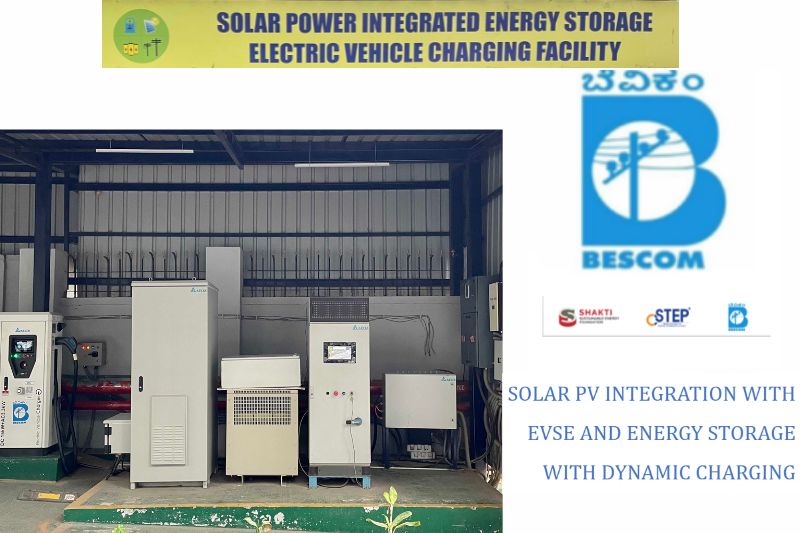 Sustainability, reduced carbon emissions and Green Energy are some of the most talked-about topics in development circles today. Conversations about Electric Vehicles becoming the norm inevitably raise questions about maintenance and running costs and requirements. In order to affect real change, EVs need to be easy to use, affordable and truly environmentally-friendly.

The need of the hour is to decarbonise the Transport sector. This can be done by deploying Electric Vehicles on a larger scale. At present, EVs are charged through an electrical grid which in turn is powered using conventional energy sources. As such, while the EVs themselves boast zero tail-pipe emissions, the systems used to make them such cannot make the same claim. In other words, while EVs are step in the right direction, the change is relatively less impactful since the infrastructure itself still contributes to the net CO2 emissions.

In order to tackle this conundrum, there is an interest in using renewable sources of energy to power EV charging stations. For instance, using wind and solar energy as an alternative to conventional energy will make a tangible difference to the ecosystem. The decreased cost of solar RTPV systems means that the energy generated is akin to, and sometimes lesser, than the output from the grid. As such, the SRTPV option is not only a more environmentally-friendly energy source but also works out cheaper. This makes it a more sustainable option for long-term use. It is also important to note that as EVs become more popular, the need for greater EV charging options will result in a sharp spike in energy demands. Such a surge needs to be proactively balanced, and so the grid/ DISCOMS stand to benefit from self-consumption.

The project aims to marry two essential goals -renewable energy generation and EV charging- and create a sustainable, symbiotic system that optimises the two emerging technologies. The project by Bangalore Electricity Supply Company Limited (BESCOM) has established a system of ‘Dynamic Charging’ wherein the EV Charger follows the SRTPV’s output in real time. The power output sent from the EV Charger to the EV is in direct proportion to the output generated by the SRTPV.

The intelligent bi-directional converter provides a reliable interface between the battery systems and the SRTPV and manages the flow of energy between the grid and the EV chargers. The system uses a unique charging algorithm which ensures that the EV charging load follows the solar energy generation. As a result, the requirement for a Battery Energy Storage System (BESS) is reduced.

A notable advantage of this system is that it can be monitored remotely and data can be collected and analysed offsite.

The project promotes the simultaneous adoption of two important emerging technologies. It has identified the potential issues that will come up as a result of increased energy demands (and supply) as EVs become more commonplace and has plugged the fault line before it opens up by diverting excess energy into local use and self-consumption, thereby reducing the damage from power surges to the grids/ DISCOMS. The intuitive, predictive nature of the project promises sustainability and cost effectiveness in the long run. RTPV systems boast a clean modular design which makes them easy to install and operationalise.

In some states there are subsidies and special tariffs offered for EV charging. While this makes sense as an incentive in the initial phases, it is not a viable long-term option for the DISCOMS. In light of that, the rather competitive costing offered by the RTPV systems makes for an excellent low-cost alternative.

Greener EV charging systems are going to further the cause of responsible technological development through pre-emptively reduced carbon footprints. The findings of this pilot project suggest that SRTPV with Net Metering is the optimum option and holds great potential for a largescale commercial rollout. The built-in BESS option can be a viable one for use in business cases where the cost of grid electricity works out even higher than the BESS.

The RTPV system is an excellent alternative to convention EV charging because it is more cost-effective, compared to grid charging. Consequently, public charging stations across towns and cities based on the RTPV system will make for better infrastructural development investments. As the system catches on, reductions in battery costing will support further large-scale adoption of the system and make BESS use and self-consumption more economical as well.

While clean and green energy products are the future, for a truly transformative change we need to look at overhauling the larger systems in places. Every little bit counts but until supporting infrastructure is developed at par with overall environmental goals, standalone products will not be able to achieve their full potential.