For making India, a $20 trillion economy, the role of agriculture would be of a catalyst. But for energising the primary sector, there is need to relook and overhaul the structural patterns of farm credit, writes Atul K Thakur 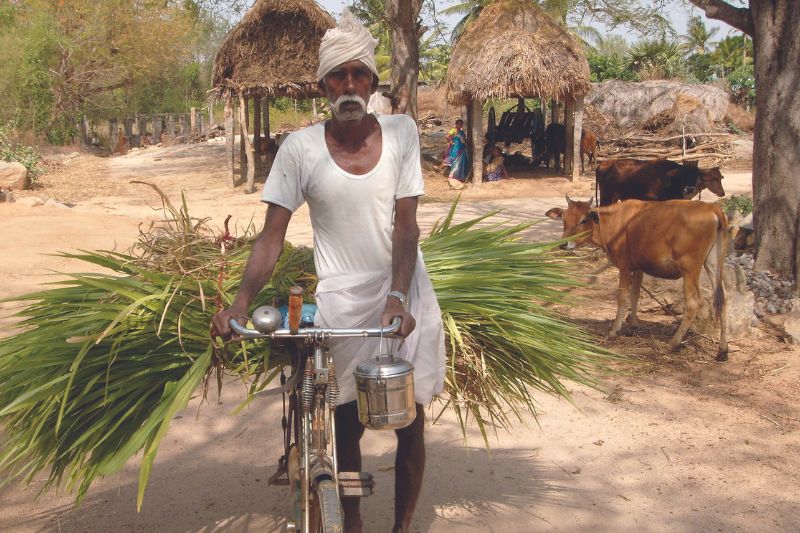 In 2015-16 Union Budget, the government enhanced credit target for farm sector by 50,000 crore to 8.5 lakh crore. This was in line with a common perception that farm credit translates into the growth of the national economy. Statistically this might be unfounded, however it is undeniable that the farm sector that constitutes the core of the economy needs to be in focus of banks and other financial institutions.

The usurious interest rates and unethical business practices are otherwise the hallmark of alternative financing sources, likes of moneylenders and institutinalised moneylenders, better packaged and known as Micro Financial Institutions (MFIs). The Reserve Bank of India (RBI) sensed the prevailing inadequacy of rural credit back in 1950’s and 1960’s–and moved to arrange refinancing through setting up Agricultural Refinance Corporation (ARC).

This helped the banks spread their wings to the far-flung places, where they had much to bank upon, in the declining phase of informal source of credit. But on parallel track, the performance of cooperatives and other Rural Financial Institutions (RFIs) were not up to the mark–thus by the time the Indian economy was ushering towards major economic reforms in early 1990s, these institutions were already dwelling with dismal state of affairs.

The economic reforms started in 1991, remarkably touched the financial sector, which made drastic structural impact on agricultural credit. The slew of progressive measures came up–deregulation of interest rates of co-operatives and Regional Rural Banks (RRBs); deregulation of lending rates of commercial banks for loans above 2 lakh, recapitalisation of a few RRB, introduction of prudential accounting norms and provisioning requirements for rural credit agencies; more refinance support from RBI and NABARD; establishment of Rural Infrastructure Development Fund (RIDF) in NABARD for financial infrastructure projects; Kisan Credit Card (KCC) and capping the interest rate at 9 per cent for farm credits up to50,000 by Public Sector Banks (PSBs).

In his paper titled ‘Agricultural Credit in India: Status, Issues and Future Agenda’, RBI Bulletin (2004), Rakesh Mohan makes pertinent observations on the delivery pattern of agricultural credit in India “The agricultural credit system as it has emerged, has been a product of both evolution and intervention and symbolises the system’s response to the stimuli from continuing dissatisfaction with credit delivery. The concern for food security and the need for building up buffer stocks, which guided the Green Revolution, created both enhanced and diversified type of credit requirements for agricultural production. In India, a ‘supply-leading approach’ to the institutional development for agriculture credit has been followed.”

Aptly sited in the same report, the findings of All India Debt & Investment Survey 1991-92, which showcases that the relative shares of institutional agencies in the total cash debt of rural cultivators increased from 31.7 per cent in 1971 to 63.2 per cent in 1981 and further to 66.3 per cent in 1991. Although that trend reversed in 1990’s, with falling share of agricultural credit in total disbursed credit. Year 2000 onwards, the farm credits has seen some acceleration.

However, with the surge of contribution from the services, it becomes imperative to fix a different metric to heed on the incremental changes in farm credit. The realistic basis of evaluation would come from making a proportion of farm credit out of the total agricultural GDP that is clearly progressing with a downward momentum. Such evaluation will be quite helpful in reaching out to the true value by making a proportion of short-term credit from the value of inputs and long-term credit in proportion of total sectoral private investment.

According to a study report titled ‘Bank Credit to Agriculture in India in the 2000’s: Dissecting the Revival’, there are two major components of the revival: (i) an increase in the number of bank branches in rural areas; and, (ii) accelerated growth of the volume of agricultural credit. In both cases, as par the findings of this paper, the farm credit growth was characterised also by greater inequality in the distribution of benefits. Precisely, the benefits were asymmetrically divided among the farmers and the big farmers received the major chunk of benefits over the scores of marginal farmers, more debt-ridden.

The matter is in government’s cognition and that evidently proves with this year’s Economic Survey. The Survey gives ample references of irresponsible farm lending and on the fallouts–in hindsight, it attempts well to induce the banks to be much more clearly headed on possible use of landed money and repayment provisions.

The statistics that come out of the survey are startling, the highlights are:

Apparently, this shows the distracted outcomes of the efforts, jointly pursued by the government and banks. Much to dismay, in the past 15 years the agricultural credit shot up eight times, while the contribution of agriculture in GDP stayed constant, sans minor fluctuations.

Another area of concern for farm credit is an unusual hike in share of large-sized loans. This is a disturbing phenomenon, came to the fore in only past few years. Added to grim, the banks’ are stubborn to lend these shady loans in the non-farming seasons–to meet with their statutory target of Priority Sector Lending (PSL). Clearly in doing this, the banks en masse’ falsify their duties to effectively meet with the PSL Compliance and disburse the credit to the deserving farmers.

The Economic Survey lends enough clues to uncover the realities of insincere farm lending by the banks, which harms the better prospects of small and marginal farmers. As of now, the leakage from the farm credit should be of great concern for the government that is already facing the ire of weak monsoon, hence the possibility of low growth in this crucial sector.

This fiscal year too, agriculture sector growth is sharply trailing behind the credit growth to the sector. This is at a time when the secondary sector (industry) is facing credit crunch despite registering better expansion than last year. In no manner, higher credit allocation on agriculture itself could be termed wrong–with having checks on leakages and providing its fair access to the segments, which needed it genuinely. The intention and action from the government and banks are inherently contradictory on this.

H R Dave, Deputy Managing Director, NABARD says: “Ideally credit should flow where there is profit, as stated in classical economic theories. Money chases the profits. Look at what happened since 1969 when the banks were nationalised and the word ‘priority’ got introduced and that priority still continues to bother all of us, keeps us on our toes in terms of thought process, keeps the central bank, the regulator also worried about what should be classified as priority and what should be removed out of the list of priority”.

Remarkably, such perceptions are taking ground among the regulators–and here they aim to bring the incremental changes in the current way ‘priority sector’ is placed with the banks.

A former banker and author B Yerram Raju says, “In relation to the assigned targets, the banks have hardly achieved them in agricultural sector ever since the PSL was made statutory. How this 40 per cent has come to be created, how this 18 per cent has been devised, there is no basis. There is no overt relation between these figures and GDP growth rate, as if it was related to GDP, the time at which it was created was 30 per cent, the total 30 per cent would have gone to agriculture. The figures, genuinely, keep changing and made enough ground to denounce the rationale in fixing a particular allocation. So allocative efficiency in priority sector is almost next to nothing.”

The latest Financial Stability Report of the RBI, released in late June, keeps in focus, the alarming status of bad bank loans, which are growing with significant exposure to farm credit. Evidently, the political burden grips very high on banking and this make them vulnerable, in addition to their own share of bad lending.

The PSBs burnt its ire most resolutely, as structurally compelled–they have to live in the shadow of politics. With the enduring culture of politically motivated recruitments in banks and overall asymmetric political-bureaucratic nexus at work, it is hardly surprising, if some of the state-owned banks keep their bad loans figure above 21 per cent mark. Notwithstanding the claims of the bankers, the situation created, is indeed pathetic.

According to the Census 2011, the total number of cultivators in India is 95.8 million, for whom the farming is the major occupation. This is less than 8 per cent of the total size of population, dwindled from 103 million in 2001 and 110 million 1991. Despite adding in the list all marginal farmers, which are 22.8 million in number, the actual farming population would not go beyond 10 per cent of the overall population.

What these figure mark? This actually presents a stark picture of decline in the number of cultivators since 1991, the historic year when the economic reforms started. As in preceding decade (1981-1991), the number of cultivators went up from 92 million to 110 million. The economic reforms have created uneven opportunities in services sector and manufacturing that has left farming, hardly a career option among the youth. Eventually, no longer farming is financially sustainable for marginal and small farmers in India.

Even if not single-handedly, the flawed farm credit policies and practices have majorly caused for the decline of fortune in farming. Never late for good action, this is high time when the misplaced euphoria should be over to allow, farm credit reaching to the real needy farmers. Definitely, ‘farm to fork’ should not be overlooked big dreamers too!