“PM-KISAN scheme is estimated to benefit over 12-crore farmers across the country. A number of schemes are targeted at the support and welfare of farmers, but none of them are as inclusive as the PM-KISAN scheme.”

Prime Minister Narendra Modi government decision to provide Rs 6,000 annual income support to farmers would be a game-changer in reducing stress from the rural economy. This scheme would cover majority of the farmers, and is much more inclusive than any other scheme targeted at farmers, according to Vivek Aggarwal, Joint Secretary in the Department of Agriculture & CEO, PM-KISAN.

He said the scheme is estimated to benefit over 12 crore farmers across the country. Aggarwal pointed out that a number of schemes are targeted at the support and welfare of farmers, but none of them are as inclusive as the PM-KISAN scheme.

Prime Minister Narendra Modi launched the Pradhan Mantri Kisan Samman Nidhi (PM-KISAN) scheme on 23rd February 2019. Under this scheme, farmer families, having cultivable land upto 2 hectares, would be provided direct income support of Rs 6,000 per year in three equated instalments. As per the government, the first instalment of R2,000 was credited in the beneficiaries account by March end.

The launch of the scheme just before the general elections have given rise to several apprehensions. While some people argue that this is an attempt to woo voters, others say that the amount is too low to ease the farmers’ distress.

Apprehensions are also raised whether the government would gradually phase out other supports provided to farmers and just focus on the R6,000 per annum income transfer.

However, Aggarwal, who is responsible for the implementation of the scheme, clarified that the government has no plan to end or cut spending on any other schemes targeted at farmers’ welfare and support. Fertiliser subsidy was budgeted at R70,000 crore for the financial year ending March 2019. However, this is estimated to overshoot and touch R1 trillion, the highest ever.  The government also provides support to farmers in the form of Minimum Support Price (MSP) and subsidies on power and water, among others.

PM-KISAN scheme is estimated to cost Rs 75,000 crore annually to the exchequer.

Under the MSP scheme, the government guarantees a minimum price for several agricultural produce. Although the scheme has been in existence for years, Modi government has promised that the MSP of notified crops would be at least 50 per cent more than the cost of production. This scheme is estimated to cost to the exchequer R62,635 crore during the financial year ended March 2019.

The MSP has been increased several times in the last four years, as the government has set a target to double the farmers’ income by 2022.

Despite the MSP support and other initiatives, food items price in India is very low. It is too low to meet the farmers’ cost of production, argued Rajat Kathuria, Director & Chief Executive, Indian Council for Research on International Economic Relations (ICRIER).  “The terms of trade has itself gone against farmers for so many years. To subsidise the middle class, we don’t want prices of agriculture products to go up, which is itself compromising farmers’ income,” said Kathuria.

Shubhashis Gangopadhyay, Research Director, India Development Foundation (IDF), said the only way the farmers’ income could be doubled is to create alternative source of employment in the rural areas.

“We are a young country but the average age of farmers is increasing. That tells you that the young generation doesn’t want to do farming,” he said. 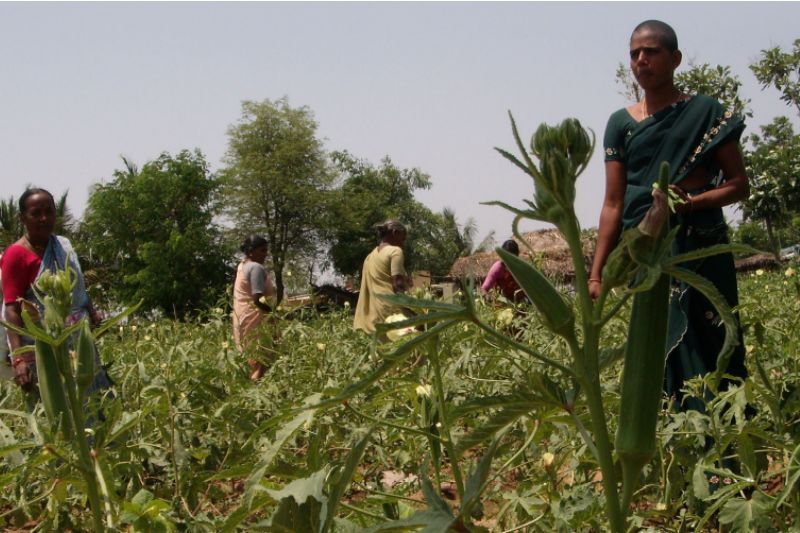 The Modi Government is integrating Information and Communication Technologies with agriculture in order to make it more productive, sustainable and economically viable.