The Story of (Un) Competitive Agriculture 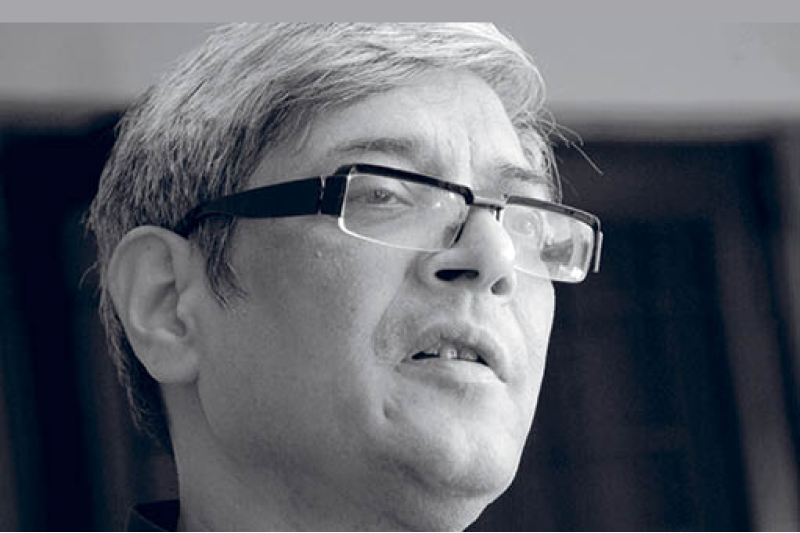 Within the agriculture set, there are issues like allowing corporate sector involvement in agriculture; removal of government imposed restrictions on production, marketing and distribution;2 refocus of public expenditure away from input subsidies to infrastructure3 and extension services;4 dis-intermediation of distribution chains, forward markets and contract farming; revamping credit and insurance; and freeing up of land markets.5 All these are linked to encouraging commercialisation and diversification. There is also an issue of encouraging off-farm employment, and this is where rural sector reforms kick in through provision of physical and social infrastructure.

These issues have always been important, but they have been compounded by a food security problem. At one level, food security is posed as a balance of payments problem, that is, a country’s ability to pay for its required imports of food. However, more commonly, food security is defined as an individual household’s access to food, or its lack, falling short of chronic instances of famine. Food security has become even more of an issue because there has been switch of farmland to bio-fuels, world oil prices have increased, there has been the phenomenon of population growth, agricultural land has been lost to urbanisation and industrial development, there have been climate change effects, soil degradation and increasing growth-related consumption demand from countries like China and India. Logically, the phenomenon of food price inflation should trigger and stimulate pro-competitive agricultural reform so that supply-side changes can occur. But, in practice, it often leads to greater distortions and State intervention, at least in the short term. This is perverse. The underlying reasons behind higher food prices aren’t going to go away. Therefore, the supply-side responses require pro-competitive agricultural reform.

Logically, the phenomenon of food price inflation should trigger and stimulate pro-competitive agricultural reform so that supply-side changes can occur. But, in practice, it often leads to greater distortions and State intervention, at least in the short term

Development is correlated with a reduction in the number of people who are employed in agriculture. In relatively richer parts of the world, people have been pulled out of agriculture and into more productive activities. Indeed, there are several different types of movements that happen. People who remain in agriculture move away from producing foodgrains to other forms of crop output, such as horticulture. There is commercialisation and diversification. Others move away to allied activities like aquaculture, dairy farming, floriculture and poultry. Still others move away entirely from farm activities to non-farm activities, such as rural industry and services.

Out of India’s rural labour force of roughly 300 million, 72.7 per cent still earns a living from agriculture.6 This may have declined from 81.4 per cent in 1983, but is still inordinately high. The decline hasn’t been fast enough. Some comments are in order about such figures. First, these refer to usual principal and subsidiary status, implying that there may be a secondary occupation outside agriculture. Indeed, with the seasonal nature of the bulk of India’s agriculture, that is invariably the case. Second, there are wide variations across states and the pace of decline also varies across states. Third, there are gender differences. The farm to non-farm transition happens first for males and a feminisation of the agricultural workforce occurs. Fourth, out of those who are in agriculture, roughly two-thirds (64 per cent) describe themselves as self-employed, that is, they are farmers. The remaining roughly one-third (36 per cent) are wage workers, almost invariably on casual basis. Fifth, 13.1 per cent of rural households are landless and only 11.2 per cent have medium or large holdings (defined as those that are more than 2 hectares). Nearly 45 per cent of landholdings are sub-marginal (0.01 to 0.40 hectares), 18.7 per cent are marginal (0.41 to 1 hectare) and 12.2 per cent are small (between 1 and 2 hectares). This kind of smallholder agriculture cannot exploit economies of scale and scope and is subsistence level, inefficient and relatively unproductive. For development, there must be a graduating out and a movement up the value chain of productivity.

Since people always want to better their lives, there must be a reason why this farm to non-farm transition doesn’t happen. There are several distortions that are policy induced. All these tend to prevent competition. In output markets, these policies segment markets, or lead to perverse price signals. First, there are physical, government-imposed restrictions on production, marketing and distribution. These are usually through the Essential Commodities Act (ECA) and the Agricultural Produce Marketing and Control (APMC) Acts. The ECA was originally enacted in 1955 and traces its origins to scarcities created by World War II. This is legislation “to provide, in the interest of the general public, for the control of the production, supply and distribution of, and trade and commerce, in certain commodities.”7 In 1981, more teeth was added to ECA through the Essential Commodities (Special Provisions) Act to permit action against black marketing and hoarding. While ECA covers several products, most of these tend to be agricultural and orders under ECA can be issued to control production, supply and distribution; the purview also extends to price control. The statute itself defines some commodities as “essential”. But this is not comprehensive, in the sense that the Central government and State governments can declare other commodities to be “essential”.8

In particular, the foodgrain trade is distorted because of ECA, since limits are imposed on stocking foodgrains. Private traders need to obtain permits before foodgrains can be transported out of a state, or even a district. There are also zonal restrictions, so that private trade in foodgrains is prohibited across broad zones. Second, there are minimum support prices and procurement policies in favour of foodgrains. This means procurement of foodgrains through the Food Corporation of India (FCI), not only to maintain buffer stocks but also for distribution to consumers through the inefficient public distribution system (PDS). Other than the crowding out of the private grain trade, this also creates perverse price signals for producers. Third, there are the APMC Acts. Stated simply, APMC Acts require buying and selling of agricultural products to be done through regulated markets with mandated fees to be paid to market committees.9 Marketing boards are meant to use these fees for developing infrastructure in rural markets. Though the fee collection does happen, the extent to which fees collected have been used for developing infrastructure is debatable. Cold storage and grading facilities exist in only a few of the markets. In addition, a regulated market can be quite far away and a requirement that a farmer should only transact through a regulated market does no particular service to the farmer. Unless amended, the APMC Acts prevent direct marketing or contract farming and work against corporate sector involvement.10 Fiscal constraints have meant reductions in public expenditure on research and development and extension services. It is by no means obvious that a market failure exists in either. Fourth, there is a lack of harmonisation of indirect taxes on agricultural products across states. Not only does this exist for VAT (value added tax) and GST (goods and services tax), but there are also specific entry taxes for specific locations, such as when entering cities or the boundaries of municipal corporations. Fifth, because of ECA, APMC and fiscal anomalies, there are physical check-posts, which are particularly serious for perishable agricultural produce. In addition to these, there are physical checks on trucks thanks to environment-related laws like the Indian Forests Act, the Forest (Conservation) Act and Rules; the Air (Prevention and Control of Pollution) Act and Rules; the Manufacture, Use, Import, Export and Storage of Hazardous Micro-Organisms/Genetically Engineered Organisms or Cells Rules; the Wildlife Protection Act and Rules; the Biomedical Waste (Management and Handling Rules); and lack of uniformity under the Motor Vehicles Act and its assorted rules. The problem is with multiplicity, rather than clearances per se.11

Of India’s rural labour force of roughly 300 million, 72.7 per cent still earns a living from agriculture. This has declined from 81.4 per cent in 1983, but is still inordinately high

Let us now look at the problem from the input side. Competition in agriculture isn’t only about the farm to fork supply chain. It is also about input markets. Seeds, pesticides, herbicides, agro-chemicals and fertilisers are obvious examples. Power and water belong to a slightly different category. On the face of it, the issue is simple enough. Agricultural inputs are resource intensive and are increasingly produced by the private sector. Because they are resource and research intensive, there are barriers to entry and concentrated market structures are understandable. To ensure R&D does take place and high fixed costs of research and development are recouped, in the trade-off between static efficiency and dynamic efficiency, intellectual property rights (IPRs) are granted, creating the potential for abuse of dominance. Therefore, competition policy must address such issues. While this is a fair point, there are several problems that complicate the story. In general, distortions are created by input subsidies on power, water, seeds and fertilisers.

Across sectors, since 1991, there have been successes because of competition. The problem with agriculture is that there has been little competition. Consequently, those who earn a living from agriculture have not benefited from economic growth.