Non-farm growth has been substantial in rural India. The popular view is that non-agricultural income is more stable than agricultural income. To keep income and consumption growth stable, we need to expand innovative linkages running both ways between urban and rural growth, says Rajesh Shukla 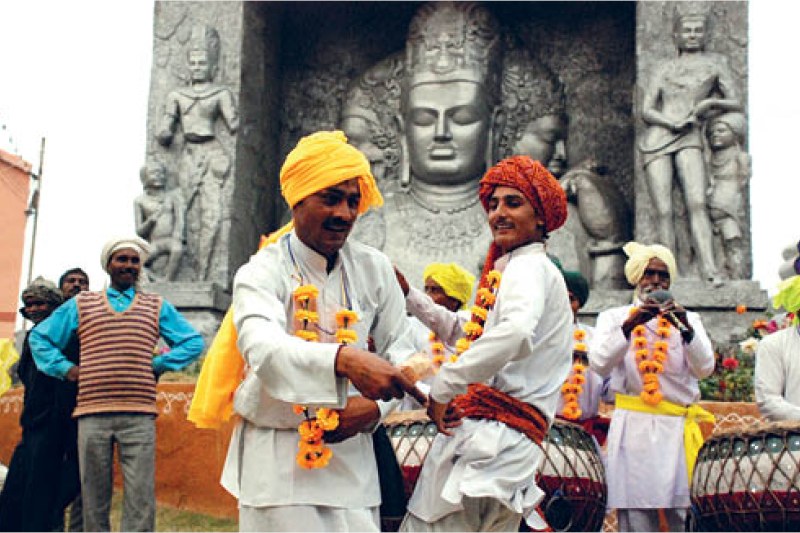 While the age old political truism that India resides in its villages may still hold true, there is a growing divergence between how Indian villages have been conventionally perceived and viewed and the current ground reality. The instant image the mind conjures up when rural India is mentioned is agriculture. However, the pervasive effects of rapid economic growth over the past two decades have been felt in the rural hinterland as well. The share of farm income, which made up 74 per cent of rural incomes in the 1970s, has dropped to 30 per cent in 2010. Non-farm growth has been substantial in rural India. The term “non-farm” encompasses all non-crop agricultural activities, including manufacturing activities, electricity, gas, construction, mining and quarrying, transportation and services in rural areas. Over 42 per cent of rural households draw their income from non-farm sources, particularly traditional services (27 per cent). Those households engaged in modern services had the highest income increase (200 per cent) in comparison to agriculture.

The rural share of popular consumer goods and durables ranges from 30 to 60 per cent and sales to rural India are steadily growing. A 1 per cent increase in refrigerator penetration over a five year period means that more than 1.5 million refrigerators have been added. The number of new owners of colour television sets in the last three years is equivalent to the population of Sweden or half of Australia! So, yes, even at a very slow burn and low acceleration, rural India unleashes enormous consumption power. Annual increase in average household income is expected to be about Rs 11,000 between now and 2015; urbanites are expected to gain 3 times more than those in rural areas ( Rs 3,600).We will also see the top 20 per cent in both rural and urban India gaining Rs 24,000 and Rs 75,000 in their annual incomes. On the other hand, people at the bottom of the pyramid will gain only about Rs 2,100 irrespective of place of residence. But the question is: how sustainable, stable and volatility-free is this income and consumption growth? Rural India has seen a spurt in consumption periodically, usually because of a one-time burst of events that come together, causing an unsustainable one-time consumption boom.

Farmers or “self-employed” in agriculture comprise 41 per cent of the rural population garnering 43 per cent of income (this is just about what they should have, given their population weight). Even these farmer households whose main source of income is agriculture have a non-agricultural income stream.

On an aggregate, 29 per cent of all farm households also have non-agricultural income streams, led by large farmers. Some of this income from “other sources” is in states like Kerala, Uttar Pradesh and Bihar, made up of remittances from rural migrants to urban cities, and when these migrants return home because of job losses, not only does remittance income disappear, it also results in the economic stress of more mouths to feed. Therefore, before we hail non-agricultural income as the saviour of consumption in troubled times, we need to examine how dependent or coupled it is with (a) the agricultural economy, (b) the urban economy, and (c) even perhaps the global economy.

How sustainable, stable and volatility-free is this income and consumption growth in rural India? A spurt in consumption periodically in rural India is usually because of a one-time burst of events that come together

There will be time periods and geographic pockets of activity like roads and transport, mining and quarrying, rural BPOs, etc., which will boost or tank non-farm rural incomes. This is primarily the result of growing urbanisation, increasing rural-urban linkages and the multiplier effects of setting up manufacturing and service units in rural areas. Intuitively, the rate of growth of rural incomes from non-farm sources will also depend on the growth of the state itself. High incomes states will have a lower share of the rural low income population and a proportionately higher share in total income. Additionally, high incomes states, at higher levels of development, offer higher income for all occupations when compared to individuals engaged in the same occupations in low income states. Thus, location, or in other words the level of development of a particular state, has a bearing on the remuneration an individual receives for his/her labour. The ability of households/individuals to raise their living standards and consequently move out of poverty is directly linked to the level and pace of development of the political state they live in.

While the share of agriculture in total GDP has gone down to roughly 15 per cent, the sector continues to employ over 55 per cent of the total labour force. Efforts to promote labour-intensive small and medium enterprises have been half hearted to say the least. Business unfriendly laws related to labour and land as well as unreliability of electricity have been significant obstacles in the development of labour-absorbing industry. One would have expected that in line with the Lewis model, as the modern sector grew, surplus labour from the traditional sector would have flown to the more efficient and higher paying modern industrial sector. This is, in a sense, the crux of the issue. Additionally, instead of actively encouraging the flow of labour from rural to urban centres, government policies seem to have the opposite effect. Policies such as the Mahatma Gandhi National Rural Employment Guarantee Act (MGNREGA), which provides 100 days of work, end up having the opposite effect of keeping surplus labour force in rural areas.

While the share of agriculture in total GDP has gone down to roughly 15 per cent, the sector continues to employ over 55 per cent of the total labour force

As the economy grows, as urbanisation increases and as rural-urban linkages strengthen, there will be a further rise in income from non-farm sources. Intuitively, rural areas in close proximity to urban centres will gain more as the spillover effects in these areas will be higher. Higher growth could open up opportunities for the labour force currently “employed” in agriculture and thus lead to flow of labour to more productive sectors. But one must also realise the dangers of not altering the status quo. According to population projections, India’s working population will peak in the coming decades. If this segment of society does not possess a basic skill set and if the transition of the labour force away from agriculture does not materialise, then this combination of low and stagnating incomes, unskilled individuals and higher growth in urban areas will lead to more inequality and less inclusive development.

With national elections around the corner in 2014, India’s politicians are likely to go around the countryside telling voters what they would like to do for them. Better roads, more electricity, better education, higher farm prices, the list goes on. All of these are laudable and meaningful only if India’s political class remembers that the country’s prosperity comes when our brothers and sisters of Bharat get equal opportunity to participate in the growth process. Investment in rural India is crucial, and we have to view urban India as part of the solution. Urban development needs to be placed squarely alongside rural priorities for more inclusive development.