More investments in irrigation, seeds, power, technology and roads, and less reliance on regulated markets and subsidies on fertiliser, water and power are some of the policy suggestions made by N C Saxena for agricultural growth 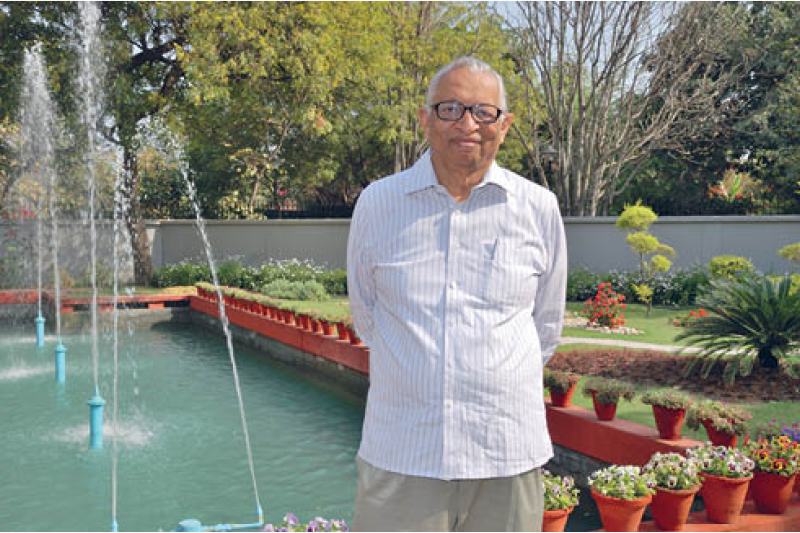 Agriculture in India over the last two decades has three features that distinguish it from the earlier green revolution phase (1970 to 1990). First, stagnation. Crop production has had an annual growth rate of 1.4 per cent between 1996-97 and 2010-11. Foodgrain production increased by a mere 1.4 per cent annually, as against an annual rate of growth of 3.5 per cent during the 1980s. Export of cereals has declined foodgrain availability by a further 15 per cent, adversely affecting the cereal intake of the bottom 30 per cent. Those who are below the poverty line are forced to cut down on their food consumption to meet other pressing demands of health and education. Food is still needed, but not demanded for lack of money. Endemic hunger continues to afflict a large proportion of the population.

The increase in agricultural GDP in the last decade has been because of higher relative prices and not higher productivity. The casualisation of rural workers without safety nets, the feminisation of agricultural labour accompanied by low wages, and the persistence of child labour are worrying trends.

Despite falling per capita grain production from 1996 to 2010 and 30 per cent of the population still below poverty line, the government ended up with a stock of 65 million tonnes in 2003, a sign of falling purchasing power of the poor. The scenario of rotting stocks in government godowns co-existing with hunger is sure to be repeated in 2012!

Second, the policy approach to agriculture since the 1990s has been to secure increased production through subsidies on inputs such as power, water and fertiliser, and by increasing the minimum support price (MSP) rather than through building new capital assets in irrigation, power and rural infrastructure. This has shifted the production base from low-cost regions to high-cost ones, causing an increase in the cost of production, regional imbalances, and an increase in the burden of storage and transport of foodgrains.

The equity, efficiency and sustainability of this approach are questionable. Subsidies do not improve income distribution or the demand for labour. The boost in output from subsidy-stimulated use of fertiliser, pesticides and water has the potential to damage aquifers and soil – an environmentally unsustainable approach that may partly explain the rising costs and slowing growth and productivity, notably in Punjab and Haryana. Although private investment in agriculture has grown, this has often involved macroeconomic inefficiencies (such as private investment in diesel generating sets instead of public investment in electricity supply). Public investment in agriculture has fallen dramatically since the 1980s and so has the share of agriculture in total gross capital formation. Instead of promoting low-cost options that have a higher capital-output ratio, present policies have resulted in excessive use of capital on farms, such as too many tubewells in water-scarce regions.

Third, due to excessive withdrawal of groundwater, nearly 30 per cent of the country is presently classified as semi-critical, critical or overexploited (mostly in green revolution areas) as groundwater use exceeds the rate of groundwater recharge. As there is no effective control over digging of tubewells in water-scarce regions and bank credit is hard to get, farmers borrow money from informal sources at high interest rates to dig tubewells. Many such borings fail, leading to indebtedness and suicides.

Watershed projects cannot succeed without full participation of project beneficiaries and careful attention to issues of social organisation. Most have failed to generate sustainability, involve the people or build their social capital

The rich farmer has the resources to sink a bore well, whereas the small farmer continues to depend on the shallow dug well that has been in existence for decades. Bore wells drain much larger quantities of water and it is usually from the same aquifers that feed the dug wells. The affluent farmers owning bore wells and electric motors corner most of the benefit of electricity subsidy too. Ironically, they in turn sell their surplus water to adjacent small farmers at commercial rates. The built-in biases of the green revolution strategy now stand exposed.

At the outset we need to maintain the sustainability of water-based ecosystems by ensuring adequate water supplies to meet the food and non-food needs of a growing population. As agriculture is the largest user of water in India (using more than 80 per cent of usable freshwater) and a large proportion of the population derives its livelihood directly or indirectly from it, we need to build efficient irrigation systems and water conservation strategies, especially in semi-arid regions, through conjunctive use of surface and groundwater. The types of investment necessary in wetter (east and north-east) versus drier areas (peninsular India) are quite distinct, but improved management of water is essential in both. Perspectives on the conjunctive use of water need to be reinforced so that water is managed in ways that ensure year-round access by the poor.

The main thrust of the programmes to combat the impact of climate change in rain-fed areas should be on activities relating to rainwater harvesting, soil conservation, land shaping, pasture development, and water resources conservation on the basis of the entire compact micro-watershed, including both cultivated and uncultivated lands.

Watershed projects cannot succeed without full participation of project beneficiaries and careful attention to issues of social organisation. Moreover, collective capability is required for management of commons and for new structures created during the project. Unfortunately, most projects have failed to generate sustainability because of the failure of government agencies to involve the people and build their social capital.

There is also political reluctance to control water hungry crops in low rainfall regions, such as sugarcane in Maharashtra and paddy in Punjab. One would need stricter implementation of environmentally sound cropping patterns and control over unrestricted mining of groundwater. Incentives should be given to farmers to persuade them to move away from crops that tempt them to ‘steal’ water from their neighbours. Drip irrigation and water sprinklers, mulching and bed plantation, construction of tanks and check-dams should be promoted for water harvesting and conservation.

The stated objective of the ambitious Mahatma Gandhi National Rural Employment Guarantee Scheme is drought proofing and increasing agricultural production on marginal holdings, especially in semi-arid regions and uplands. The sustainability and productivity of assets created is never monitored, with the result that the programme has been reduced to creating short-term unproductive employment with no focus on asset creation or soil and water conservation. Its impact on agriculture may even be negative, as alleged by the Ministry of Agriculture. In any case it makes no sense to run the programme in labour scarce districts of Kerala, Punjab, Haryana, Himachal Pradesh and the north-east. On the other hand, the upper limit of work guarantee of 100 days should be enhanced to 150 days per household in the poorest 200 districts, with assets such as ponds, bunds, check dams and planted saplings being monitored at least for five years.

On the whole, laws and controls have repressed private foodgrain marketing, undercutting its potential contribution to long-term food security. Regulated markets were supposed to improve efficiency, but many official market committees such as in Uttar Pradesh, Punjab and Haryana make it illegal for farmers to sell through alternative channels (i.e., directly to millers). These markets have thus emerged as taxing mechanisms rather than facilitating farmers get the best price.

A basic focus of policy should be to ensure effective price support in states and areas with future production potential. It is vital to shift the Food Corporation of India’s focus to east and central India where there is no government procurement of paddy (except in Chhattisgarh). MSP should truly be a national level floor price, rather than remaining confined to established surplus regions.