With economic growth prospects looking disappointing, and poor agricultural growth in 2011-12 at no more than 2.5-2.7 per cent, this is the time to look at the institutional interventions we made during the last few decades, principal among them being NABARD, says Yerram Raju 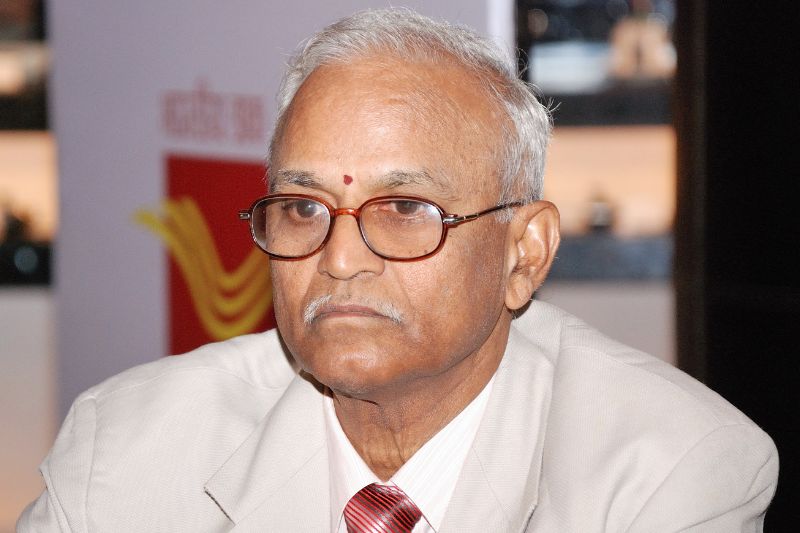 RBI, as the regulator, and Government of India, as policy-maker and owner of NABARD, should also look at NABARD for a set of deliverables that would ensure financial stability as the clients of NABARD occupy nearly 15 per cent space in the Indian financial system
Yerram Raju is Fellow, Skoch Development Foundation

At this crucial juncture of India’s growth performance needing to reach a level of sustainability, a lot depends on how the debt-driven farm sector performs and what direction NABARD will provide. The expectations raised by the Expert Group on Agricultural Indebtedness (2007) deserve consideration: “NABARD being an apex institution responsible for rural credit delivery, the EG recommends that efforts should be made to enhance further its developmental role to help the farmers improve their credit-absorption capacity. NABARD should provide effective guidance and training to banks in the formulation of projects related to agriculture and the rural non-farm sector.” The Expert Group recommended that the unutilised banks’ obligation towards priority sector lending to agriculture should be fully transferred to NABARD for direct lending or used to issue Rural Development Bonds by the central government instead of putting it in RIDF. NABARD’s supervision extends to both the Regional Rural Banks (RRBs) and Rural Cooperative Credit Institutions.

NABARD became a nationalised bank in 2010. It has, no doubt, built an enviable balance-sheet vis-à-vis other developmental banks on crucial indicators. As on 31 March 2010, NABARD’s net worth (capital plus reserves) was Rs126 billion and the capital-to-risk-weighted assets ratio (CRAR) was 24.96 per cent, though almost a per cent less than the previous year. There are 11.55 crore farmer households in the country, of which, 93 million belong to small and marginal farmers. Institutional rural credit is accessible to less than 50 per cent of these farmers. NABARD played a formidable role in the Self Help Group–bank linkage programme, a forerunner for many of the micro finance organisations and continues to innovate in reaching the grassroots forcredit linkages. It has opened a new lending window for debt-starved tenant farmers through Joint Liability Groups, although this initiative is yet to find acceptance from its primary lending institutions (PLI). Metro and urban branches seem to have harvested more agriculture than the rural and semi-urban branches if we are to go by the BSR Annual data of the Reserve Bank of India (RBI). Therefore, the time has come to leverage NABARD’s formidable financial strength to revitalise the rural credit structure.

Apart from its developmental role, NABARD also performs certain supervisory functions in respect of co-operative banks and RRBs under the Banking Regulation Act, 1949. It may be noted that co-operative banks and RRBs have been in existence much before NABARD. Therefore, NABARD had to contend with some legacy issues for any clean up it intended to do for these entities.

When NABARD was created in 1982-83, cooperatives had a 61.7 per cent share in the direct institutional credit to the farm sector. By 2009-10 it gradually declined to just 15 Per cent. Sixty per cent of cooperative members are without credit. NABARD’s investment portfolio is almost equal to its borrowings. Commercial banks refinance more for gaining from treasury operations than for refinancing their agricultural credit portfolio.

Through its main refinance portfolio to rural financial institutions (RFIs) and mobilisation and disbursements under RIDF, NABARD has over the past two decades built up a strong financial base. Its working capital and income showed marked improvement after taking over RIDF in 1995-96. Half the 2010 balance sheet comes from RIDF. RIDF deposits resting with commercial banks constitute 85 per cent of the total deposits and its lending constitutes 50 per cent of the total.

Top four NPA accounts total Rs 320 million and its doubtful assets are Rs 44.02 crores, an increase from Rs 234 million over 2009 ( a 187 per cent increase). Its direct lending portfolio attracted an increase in NPAs from Rs 88 million in 2009 to Rs 176 million (a staggering increase of 100 per cent). This makes its net NPA claims in the total balance sheet at less than 4% totally irrelevant and its leadership in rural credit less credible. Surprisingly, when its clients – cooperatives and RRBs – carry a high concentration risk with increased provisions, NABARD carries only standard assets against them.

Provision coverage ratio is an important regulatory indicator. In respect of RRBs, the data as of 31 March 2009 reveals:

The higher the provision, less the efficiency in credit portfolio. The total number of RRBs, thanks to further consolidation in 2009-10, came down to 82 from 86.

Even the frequency distribution according to loan recovery of State Cooperative Banks (SCBs), District Central Coop Banks (DCCBs) and RRBs as on 30 June 2009 reflects declining credit discipline that has became impervious to the incentive of 1 per cent for prompt recovery announced in the Union Budget which tried to reinforce credit discipline as a forerunner to equity principle in farm lending.

NABARD holds two Financial Inclusion Funds recommended by the Rangarajan Committee – Financial Inclusion Fund and Financial Inclusion Technology Fund – each with Rs 5 billion corpus shared by Government of India:RBI:NABARD in the ratio of 40:40:20. NABARD failed to make the grassroots PACSs healthy and vibrant economic entities on the one side and effective instruments of financial inclusion on the other because of conflict of interest between the two business lines: refinance and RIDF.

Failure to take forward the Vaidyanthan Committee package to revive the cooperative sector is one instance. NABARD’s annual report cites just two examples – of Thrissur and Kozhikhode. These districts may well have been successful in spite of NABARD!

NABARD’s tacit admission of inefficiencies in the functioning of the cooperative credit structure year after year does not speak well of either itself or the cooperatives. In fact, this is a cause for concern for RBI, as the system NABARD supervises accounts for no less than 15 per cent in the Indian financial system. From the point of view of financial stability and systemic risk, more aggressive efforts and specific strategic initiatives are required on the part of NABARD.

Over the past two decades, NABARD has evolved into a strong and rural-sensitive apex developmental institution with complete grassroots-level understanding of the complexities of the agricultural and rural sectors. It is also a major shareholder in the Agricultural Insurance Corporation of India. It has equity stake in National Commodity and Derivatives Exchange (NCDX) in association with other national-level institutions such as ICICI Bank, Life Insurance Corporation (LIC) and the National Stock Exchange (NSE).

NABARD has a strong HR and knowledge base, which is under-utilised to a large degree for want of strategic initiatives. Its consulting arm may be its revenue earning arm, but it would be beneficial to exit this role and concentrate on capacity building of its weak links like PACSs. It should get into mission-mode to projectise the development of the rural cooperative financial system.

NABARD should seek a further package for the cooperative sector, subject to a more rigorous monitoring mechanism than present and more rigid conditions for the revival package, for it is the cooperative credit system that has the capability to achieve the financial inclusion goals of the government and the RBI. It should also spearhead legal reforms and governance reforms in the cooperative financial sector to rectify managerial and governance deficit.

NABARD should divest its role from RIDF by carving out a subsidiary for the purpose if it is compelling enough or can issue Rural Development Bonds as suggested by the Expert Group on Agricultural Indebtedness and leave the priorities to states.

All said and done, RIDF is just a risk free, rent seeking business. The SHG and microfinance portfolio is another area that can become a subsidiary. The time has come for NABARD to reposition itself from its client’s perspective and rethink its role consistent with the objectives mentioned in the NABARD Act.