George Mathew recently travelled to Kashmir to witness run up to Panchayat elections first hand. Ignorance and illiteracy were two things amongst others that he encountered 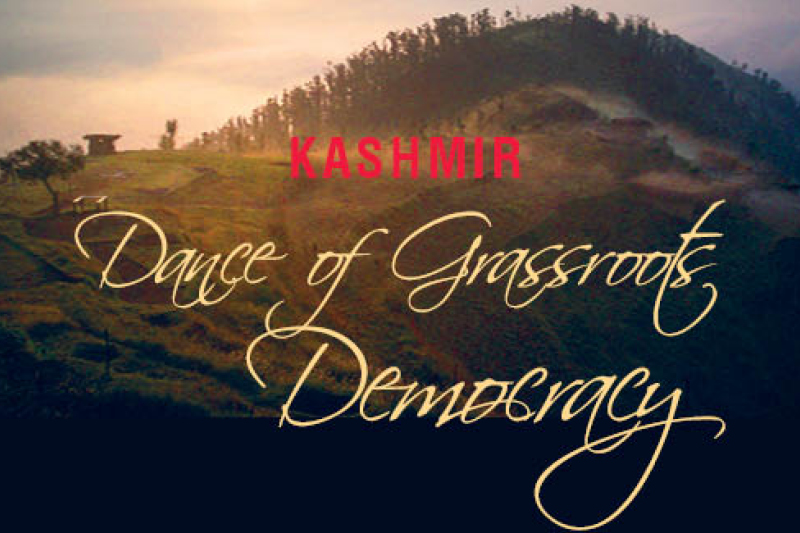 The 33 km. drive from Srinagar to Nagam block, Badgam district in the summer is pleasantly welcome. The apple groves welcome you, but the village roads are pathetic, no maintenance. My mission was to meet the villagers of Karkpura ward, Shakarpura Halqa Panchayat where Hassina was killed on 15th April during the second phase of the 2011 Panchayat elections in Jammu and Kashmir. Hassina’s eldest daughter, son, sisters and neighbours welcomed us with tears in their eyes. The elections were scheduled to be held on 17th April. On 15th night about 10 o’clock, Hassina (45) was preparing to sleep. Her dream was to win the seat. But seven men knocked at her door, pulled her out and shouted at her: how dare you contest the elections?

Withdraw from the poll. Hassina agreed. But they wanted Hassina to make statement to that effect before the Numberdar. She refused, but they forced her to walk in the dark to the village headman’s residence with her son. Midway through, the seven men disappeared and she was shot dead by a person who was hiding nearby. Why did she contest the Panchayat elections? Hassina was suffering from extreme poverty; her husband had deserted her. Her friends and neighbours convinced her that if she contested the Panchayat election and won, that would be the best way to overcome her miseries. Hassina is no more. Her dream also died with her. She had dared to fight the Panchayat elections, a legitimate democratic aspiration. I was eager to meet her rival candidate Taja. This 65 year old woman was very disturbed. The same night Hassina was killed, five men went to her house as well and physically abused her, they swore vengeance if she defied their diktat.

Taja, a widow, was alone and, was shaken beyond words. She agreed to withdraw from the elections. Why did she decide to contest in the first place? Her adopted son and other family members prevailed upon her to plunge into the Panchayat elections. As and when the elections take place in Karkpura, will she contest again? It was an emphatic no. The villagers are extremely shaken by this tragic development. What happened in their village was most puzzling because there are no militants in that area. Today, Karkpura ward is an island of grief and sorrow in an ocean of extraordinary enthusiasm and happiness over the Panchayat elections in the state. The average voters turn out has been above 80 per cent. This dance of grassroots democracy in Kashmir has caught everyone’s eyes. The state lost five precious years when it slept over Panchayat elections and it had to pay a price for it.

Dhara Hariwan village is in Srinagar Block I, not too far from the municipal area. The village has four polling booths in the same school. Twelve police (four women) and nine CRPF men manage the polling station. On the day of the poll, within two hours more than 50 per cent people cast their votes. Men, women, youth and children are on the road; everybody is in a festive mood. I asked a candidate, how much money did he spend for the election campaign? He said Rs 2,500, and that was mainly for printing the pamphlets etc.

The local government elections create a bond between the communities. The best example was Wussan Bangal Halqa Panchayat. On the express way to Gulmarg, Tangmarg Tehsil is about 30 km from Srinagar. Asha Jee the Pandit woman, who won the Panch election defeating Suriya, the Muslim candidate, was only underlining the harmony existing in Kashmir between communities. Asha’s husband Radakrishnan Bhat runs a small shop from their own house; the two sons are employed. What is Asha’s top concern? Look after the physically challenged in the village and work for the development of the area. There were 12 Pandit families in the village before 1990 but now there are only five. Others have migrated to Jammu.

What prompted her to contest the elections? According to her younger son Ashok Kumar, who earns Rs 3,500 per month working for a telecom company, the residents of the mohallah came and persuaded Asha Jee to fight the elections. What about the campaign? It was door to door. About 100 posters were printed. While reaching Tantraypora Halqa Panchayat in Baramulla district which is a Shia majority area when the polling was about to close, we saw a big crowd of men and women arguing with the District Commissioner. The problem came up because the administration wanted to shift the counting from Ahmedpora to Kungamdora – a Sunni majority area. The villagers suspected a foul play in shifting the counting venue at the last minute. Young and old argued with anger and emotion. But the most striking aspect was – this ward saw 100 per cent voting! Nobody there wanted to resort to violence, but I saw the real argumentative Kashmiris fighting for what they think is right. Finally the order to shift the counting was cancelled and the people were joyous. One of the women Panch candidates I met in the village – Perveena Bano – has travelled extensively in the country for pashmina shawl exhibitions.

All the villages I visited have no Panchayat office or any infrastructure. Most of the candidates have no educational qualifications worth the name. Many are illiterate. Many candidates seem to have no idea as to what the Panchayat is

All the villages I visited have no Panchayat office or any infrastructure. Most of the candidates have no educational qualifications worth the name. Many are illiterate.

Many candidates with whom this writer discussed the Panchayat work, have no idea as to what the Panchayat is. So what will happen to this extraordinary enthusiasm of the people of Kashmir in local government? Will the election become a mere episode in the political history of the state? Not holding Panchayat elections on party lines in Jammu and Kashmir is, in this writer’s opinion, a big mistake. Now there are many dummy candidates. There will be many claims about victories. Moreover, the poor candidates from the villagers have no back up of a political party and if only they had it, Hassina would have been alive today. Mature democratic practice is to contest elections on a party basis; after victory, transcend the party divisions for the good of the people as a whole. Many states in India do not have official party candidates at the village Panchayat elections; but Jammu and Kashmir should have shown the way. The Government of Jammu and Kashmir has a huge task on hand. Nearly 34,000 Sarpanches and Panches will be elected by the end of June. Of which more than 10,000 will be women. They are all dressed up but have nowhere to go. It is for the State Government to provide them with adequate training and create an environment for vibrant local governance. The government nearer to the people is the best government. But the big question is: will the state government show the political will to invest in democratically elected representatives to the people and thus create the best social capital for the future of Kashmir? Investing in the people is the best way to keep the nation going, not investing in arms and ammunitions. Will the government move out of the blame game and take the empowerment of its local governance institutions forward? People of Kashmir are impatiently waiting to see what happens in the coming few months. Our leaders will do well to remember: democracy may be winding and may be like a river taking many curves, but eventually the river will reach the ocean.