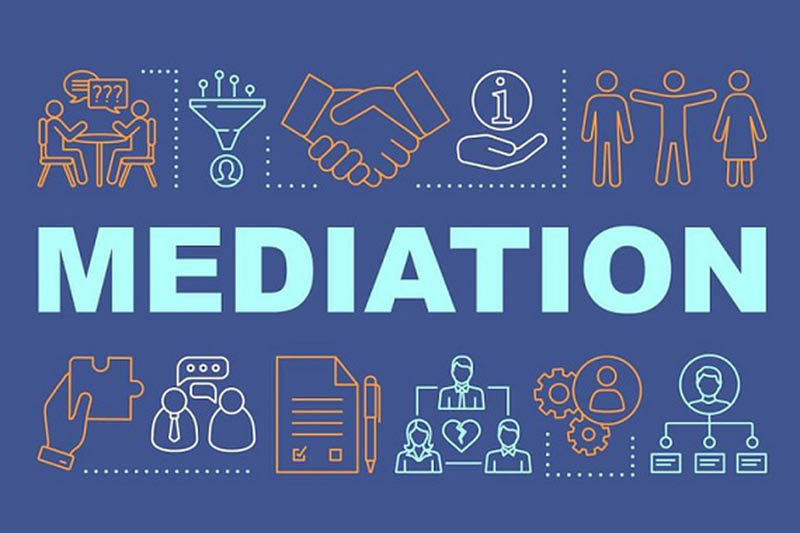 India still has a long way to go before it can compete globally, especially regarding contract enforcement and dispute settlement. The nation has a worse track record of upholding contracts than Rwanda, Nigeria, or Columbia. Lack of workforce, abysmal infrastructure, colonial laws, and inefficient resources ensure that a case moves quickly in the Indian Judicial system, which seriously impacts parties’ rights, mainly commercial and infrastructure disputes. In his speech at the inaugural Singapore-India Mediation Summit in 2021, Chief Justice of India (CJI), Justice NV Ramana, said that mediation should be made mandatory as the first step for dispute resolution and that a law should be framed in this regard due to the burdensome 45 million cases that are still pending on the three-tier justice delivery system. The central Govt has proposed a Mediation bill 2021, which suggests that civil or commercial disputes be settled through mediation before approaching any court or tribunal. The Bill, presented in December 2021 in Rajya Sabha, requires persons to try to resolve civil or commercial disputes through mediation before approaching any court or tribunal. A party may withdraw from mediation after two mediation sessions. The mediation process must be completed within 180 days, which may be extended by another 180 days by the parties. The bill is pending before the parliament after different stakeholders raised serious concerns. The invoice was sent for review to a parliamentary committee on law and justice, which senior parliamentarian Sushil Modi currently heads.

New Changes in the Bill

The purpose of the Bill is to encourage and enable institutional mediation for settling disputes in India. Additionally, it intends to make virtual mediation a legitimate and affordable procedure while promoting community mediation. It suggests codifying mediation law and establishing procedures for enforcing settlement agreements reached through mediation. The proposed legislation excludes disputes relating to claims against minors or persons of unsound mind, (ii) disputes involving prosecution for criminal offenses, (iii) disputes affecting the rights of third parties, (iv) disputes relating to levy or collection of taxes, etc. or other disputes that the central government may amend this list of disputes that are not fit for mediation. According to the proposed legislation, the settlement reached through mediation will have the legal force of a court’s judgment or order. This will significantly increase the likelihood that agreements reached through mediation will be recognized and upheld by the law. Before going to any court or tribunal, a party must take action to resolve the problems through pre-litigation mediation, according to section 6(1) of the law. The mediator may be chosen by the parties or a recognized third party. The mediator must explain the process to the parties in at least one substantial session. Afterward, if they can’t, they may continue the mediation or end it and choose the legal route. The mediations above will be subject to the Bill: (I) mediations with only Indian parties; (ii) mediations that have at least one foreign party and involve a commercial dispute (i.e., international mediation); and (iii) mediations where it is expressly stated in the mediation agreement that the Bill will conduct the mediation. The Bill will apply to (a) business and (b) other disputes as notified if the central or state governments are parties.

The bill is still pending with the parliament, and concerns have been raised about the codification of rules and functioning of the proposed mediation council of India. The Bill intends to institutionalize mediation and establish the Mediation Council of India. The bill has some severe ambiguities, which were even flagged by Parliamentary Standing Committee on Law and Justice. The panel cautioned the Centre against the clause granting higher courts the ability to establish mediation standards and advised against forcing pre-litigation mediation. According to the board, “government-related issues” should not be excluded from the proposed Mediation Bill 2021. When the government is a party to a dispute, this “will encourage confidence in the stakeholders that mediation is a viable option, which even the government is ready to undertake. The panel stated that “non-commercial conflicts with the government as a party are generally outside the scope of the Mediation Bill unless specifically informed by the central and state governments. The panel has recommended that “given the current infrastructural and human resource constraints,” it would be advisable to modify the said provision so that government-related disputes become part of the bill. The proposed legislation places international mediation in position dealing with domestic mediation conducted in India, which will result in these settlements losing the benefit of the Singapore Convention for enforcement of commercial mediation settlements worldwide. This may impact the settlement of commercial disputes as parties will prefer destinations outside India for dispute resolution.

The bill must invite consultation and deliberation from all stakeholders; otherwise, the account will be just another statute. Bill needs clarification about which the Council will recognise organisations as mediator service providers; second, the Bill offers no information regarding the capabilities or credentials of a qualified mediator. Thirdly, if the parties are unwilling to mediate and would rather litigate, the requirement of a pre-litigation mediation mechanism could be problematic and contradict the purpose of mediation.