The phenomenal growth in non-life reflects trends like increased penetration and outreach, which will play a crucial role in the economic development of the country and for risk management for the poor, preventing them to fall into debt trap, says G Srinivasan 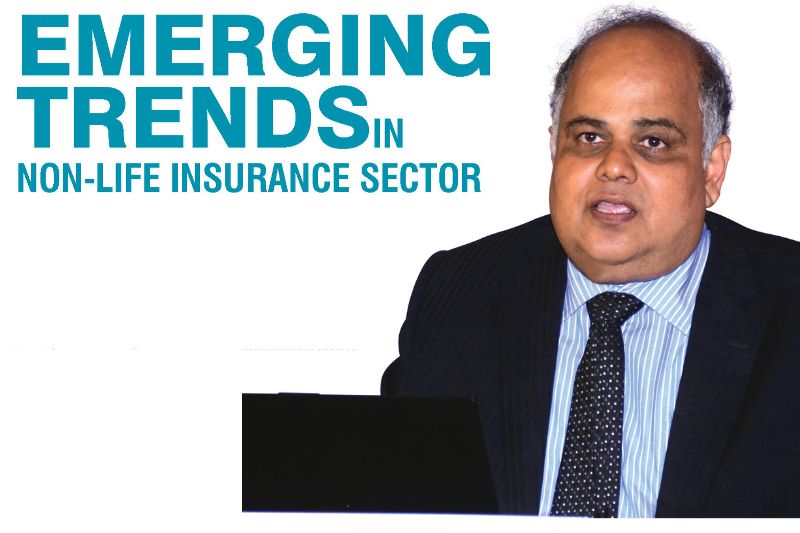 The insurance sector in India has seen landmark changes in the last two years in the form of enactment of the Insurance Laws (Amendment) Act, 2015 and the various regulatory changes that have really created an environment in which the insurance sector can grow in a really big way in the coming years. It is to be noted that 2016 onwards, the non-life sector has grown phenomenally by 32 per cent, to reach Rs 127,000 crore in premium income. This kind of growth is not one time occurrence and it is going to be continued for many years, at least growing by 20 per cent for the next 10 years.

There are certain emerging trends in the non-life sector in India, which need to be highlighted as it will contribute to India’s growth as a leading global economy. The first is the “insurance penetration”, where there is increase in coverage, awareness and literacy leading to increased standard of living. All of these have made people going for insurance in a bigger way.

“Digitalisation” is getting a lot of momentum and insurance sector is emerging out to be one of the biggest beneficiaries—in regard to enhancing its footprint, selling of new policies, settlement of claims and creating digital intermediaries—as technology is playing a crucial role in insurnace outreach. Intermediares and agents are an integral part of the business to help reach insurance penetrate into uninsured areas. On the other hand, there is also a strong need to train and develop soft skills of insurance agents and brokers, so that they can be a friend to their clients thereby preventing mis-selling.

At present around 25 per cent farmers are covered under PMFBY and it is expected that by the next 3-4 years 60-70 per cent farmers are going to be covered through this crop insurance scheme thereby addressing the major problem of ‘rural distress’, which India has been facing over the decades. As 20 per cent of the premium in the non-life sector is funded and driven by the government, the challenge for the insurance sector is to manage these insurances well, delivering value to the rural beneficiaries and making the schemes sustainable.

Largely, there are only about 7 companies contributing and servicing majority of customers across life and non-life. India is too big to be serviced by such small number of players. Alternatives like acquiring and expanding the existing network, mergers and raising capital from the market are but few trends the market is witnessing. In addition, the ownership pattern is fast changing by the influx of many new private companies into the market, which were earlier reluctant. Public sector majors like GIC, New India Assurance and National Insurance Company are raising capital from the market. Influx of capital is expected to contribute to expansion and outreach of these players.

Due to availability of capital, knowledge and a large customer base, India it is also fast emerging as a “Reinsurance Hub”, which is a positive trend and this is ably facilitated by the recent regulatory change allowing reinsurance companies to setup branches in India. This move has to be supported by providing incentives to the venturing companies so that they can concentrate on the Indian market and get invert reinsurance from all across the world.

Finally, insurance is one of the major contributor to the investment in capital markets and infrastructure sector. The common perception of people about insurance is limited to life and motor insurance. There is little realisation that in addition to providing life and non-life cover, insurance is a major contributor to economic development and growth. In the longer run, insurance will provide a huge filip to the economy by creating jobs and more imporantly taking the ability of ‘risk management’ to the poor. This is crucial because insurance is needed more for the poor people than the rich, since rich can manage with the existing finances. Whereas, if the bread winner of a poor family dies or gets major illness then the family has to sell its assets and supplement through borrowings thereby falling into a debt spiral syndrome. Therefore, insurance needs to be treated as “sunrise” sector through which, the poor and the vulnerable can be protected, benefitted and are able to lead a decent life.