No One Killed Agriculture: Revisited

On average, one farmer commits suicide every 30 minutes in India. The incident increased in the recent months due to extensive damage to crops resulting from unseasonal rains and hailstorms. Although successive governments announce temporary relief measures, often in the form of loan waivers, the need of the hour is to provide lasting solution through adequate bank credit and crop insurance cover, writes Sameer Kochhar 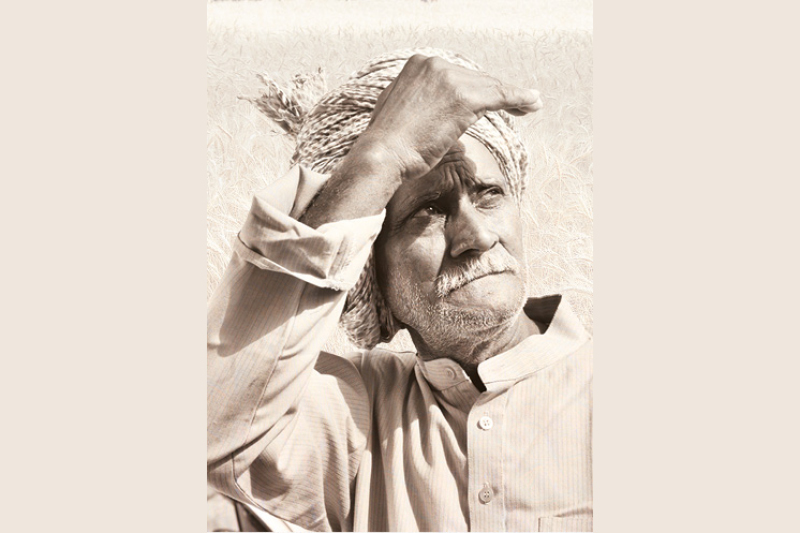 “No One Killed Agriculture” was the cover story of April-June 2012 edition of INCLUSION. It highlighted the plight of farmers and suggested detailed, practical and workable solutions, at the centre of which was availability of formal bank credit. In fact, INCLUSION has been pitching for enhanced formal bank credit to farm sector for more than a decade.
Hundreds of farmers across the country have committed suicide in the recent months. This has brought focus back on the plight of farmers. Farmer suicides are not new. They were compelled to take their own lives 50 years back; they were doing it in 1960s, in 1990s, in 2000s and they are doing it in 2015 also. Despite a rapid economic growth, following economic liberalisation and reforms, the condition of farmers remains as miserable as it was 25 or 40 years back. On average, one farmer commits suicide every 30 minutes.

Who are to be blamed for this pathetic state of farmers? Why have they reached a stage where they are taking their own lives? It would be unfair to blame any one government. But it is surely a systemic issue and all the successive governments have to share the blame.

Reacting on the recent incident of farmer suicide, Prime Minister Narendra Modi said, “the problem is old, deep-rooted and widespread. For years the issue of farmers committing suicide has been a matter of great concern.”

According to data available with the National Crime Records Bureau nearly 225,000 farmers committed suicide between 2000 and 2013. Although, there is no official data, thousands of farmers have taken their own lives in the past one and a half year, if media repots are to be believed.

All the governments pledge to address the cause of farmers. Banks were nationalised 45 years ago to correct rural credit deficiencies. But the problem remains as alarming even today as it was 45 years back. Farmer suicides was a big issue 10 years ago. In response to it the government waived ₹720 billion agricultural debt. It provided a temporary relief to a group of “big farmers”. Smallholder farmers hardly benefited from it. The ground reality is that the successive governments have failed the farmers.

The Indian farming is still largely dependent on the vagaries of monsoon. One drought, flood or unseasonal rain leaves farmers in the state of huge debt. They mostly borrow from private moneylenders and one failed crop leads them into debt-trap. Then they are subjected to harassment and many of them are left with hardly anything to feed their family.

All the governments pledge to address the cause of farmers. Banks were nationalised 45 years ago to correct rural credit deficiencies. But the problem remains as alarming even today as it was 45 years back. Farmer suicides was a big issue 10 years ago. In response to it the government waived ₹720 billion agricultural debt. It provided a temporary relief to a group of “big farmers”. Smallholder farmers hardly benefited from it.

On the other hand, they don’t get fair return on their produce. Here again, they are left on the vagaries of the international and the domestic markets. For example, the price of potato crashed in the markets this season. As a result farmers are forced to sell their produce at less than `5 a kg. May be in a couple of months, the market dynamics change and they will be forced to buy it at five to ten times the prices they got today. In fact, the prices remain low when the produce is with the farmers and it go up once the product reaches in the hands of the middlemen and traders. So, the farmers are forced to pay through the nose even for the produce that they have sold at a throwaway price may be just a few weeks back. These oddities leave them in a state of distress.

Reserve Bank of India (RBI) Governor Raghuram Rajan recently said, poor access to formal financing is the main reason for the farmers’ distress in the country. Rajan also suggested that the solution does not lie in the populist steps like loan waivers. “Loan waivers do no good to anybody. These actually disrupt the credit cycle. The financiers’ cycle breaks and it causes problems for the future,” the RBI governor said.

INCLUSION has been arguing for years that the focus should be on making formal financing accessible to farmers.

Under the priority sector lending guidelines, it is mandatory for the banks to give at least 18 per cent of their total credit to agriculture sector. But here a nexus works. Major portion of the fund, meant for the agriculture sector, is being appropriated by “large farmers” who have business interests.

According to a study titled “Bank Credit to Agriculture in India in the 2000s: Dissecting the Revival” by R Ramakumar and Pallavi Chavan of Tata Institute of Social Sciences (TISS), more than half of the agricultural loan is valued above 200,000. In fact, the share of small loan of less than 200,000 in the agricultural lending has gone down sharply in the past two decades. In 1990, 92.2 per cent of the total farm loan was valued less than ₹200,000. In 2000, this proportion declined to 78.5 per cent and it dropped further sharply to 48 per cent in 2011.

There is another interesting figure, the share of farm credit through rural and semi-urban bank branches has declined sharply, while it has gone up through urban branches. These figures point to some serious anomalies in the system. Big farmers with large and often ‘benami’, holdings who can offer collateral, get the loans. They usually have business interests and avail the subsidised loans, while the actual needy farmers are left high and dry.

The RBI further said, within the 18 per cent target for agriculture, a target of 8 per cent of Adjusted Net Bank Credit (ANBC) or Credit Equivalent Amount of Off-Balance Sheet Exposure, whichever is higher, is prescribed for small and marginal farmers. This has to be achieved in a phased manner, i.e., 7 per cent by March 2016 and 8 per cent by March 2017. In the case of foreign banks with 20 branches or more, this target would be applicable post 2018.

With the increase in population, farm holding in India is getting fragmented day-by-day. The average size of land holding in India is just around one hectare. This is because, in absolute terms, the number of people dependent on agriculture is rising while the cultivable land remains more or less the same. The total number of farmers has almost doubled to 140 million in the past 40 years, while the acreage has remained at nearly 140 million hectares.

Compare this with the rich countries. According to the IMF data, average farm size in the richest 20 per cent countries of the world is 54 hectare. This means there is at least 50-fold difference between the average landholding in India and the rich countries like the US.

Under the priority sector lending guidelines, it is mandatory for the banks to give at least 18 per cent of their total credit to agriculture sector. But here a nexus works. Major portion of the fund, meant for the agriculture sector, is being appropriated by “large farmers” who have business interests.

Farmers suffer the most due to fluctuations in monsoon and natural calamities like flood and drought. Only a comprehensive insurance cover can protect them from such uncertainties. The temporary relief measures announced by the government, often in the form of ridiculous amount like a cheque of ₹75 or ₹100 handed over to farmers in the wake of recent unseasonal rains and hailstorms, would only rub salt on their wounds. Even if they get, say ₹5,000 , a poor farmer would end up paying half the amount as bribe to bankers and babus. Therefore the solution does not lie in providing a relief package of, say ₹100 or ₹5,000 or even ₹10,000. What is needed is to ensure a comprehensive insurance coverage. In that case they can legitimately claim the compensation in proportion to the damage they suffer.

Farm insurance penetration in India is abysmally low. Just around 5 per cent farmers in India have insurance cover. What’s worse, even those who have subscribed to crop insurance are hardly paid when they need them the most. Mostly the crop insurance is linked to the farm loans. In case of any loan default, the insurance policy becomes inoperative. This is true even with the Kisan Credit Cards (KCC) scheme. If a farmer has taken an insurance product through KCC and has any unpaid amount due to the bank, the lender will deny the insurance benefits. Farmers show little interest in these insurance products because of these loopholes in the system.

Crop insurance is expensive. Small and marginal farmers, who hardly manage two square meals, cannot pay the premium. Ashok Gulati, an advisor to the Government of India and Infosys Chair Professor for agriculture at ICRIER, suggests that the government should pay 75 per cent of the crop insurance premiums in line with the countries like China and the US. Half of the premium cost should be borne by the Central government and 25 per cent should be paid by the state, while the remaining 25 per cent should come from the farmer, Gulati suggested in an article published in an English daily recently.

Also there is need to move away from the time consuming and often corrupt ‘patwari’ system of assessment process. High-end IT and satellite technology can be used to ensure that the benefits reach to the poor farmers quickly and without any leakage. Agronomic experts can assess the extent of damage through satellite-generated images and within a few hours the benefits can be transferred to farmers’ accounts, argues Gulati.