In 1968, the Government of Tamil Nadu started implementing the Government Tea Project in the Nilgiris. TANTEA started with the primary objective of rehabilitation of the Srilankan repatriates during 1968 under Shastri-Srimao Pact, 1964. 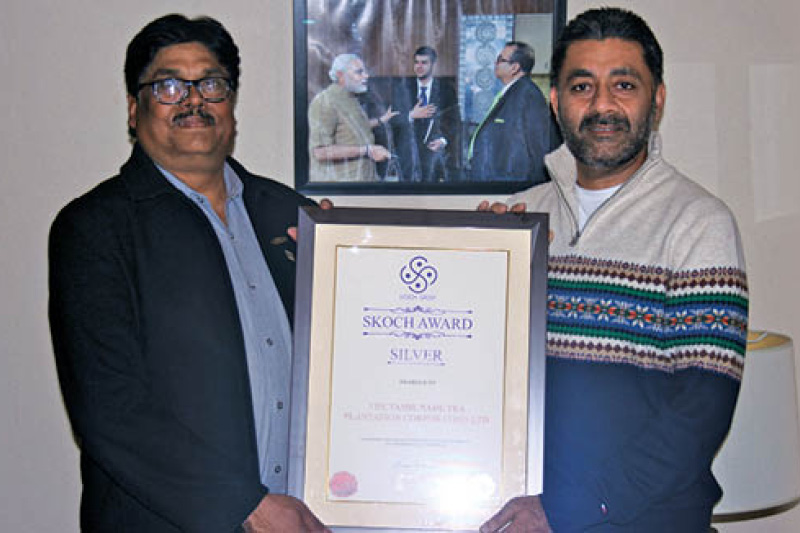 In 1968, the Government of Tamil Nadu started implementing the Government Tea Project in the Nilgiris. TANTEA started with the primary objective of rehabilitation of the Srilankan repatriates during 1968 under Shastri-Srimao Pact, 1964. Till about 1975, 1,500 families were absorbed, followed by another 942 during 1976. In 1975 the Project was, brought under corporate management in the name of Tamil Nadu Tea Plantation Corporation Limited. It offered them employment, free residential quarters with amenities like water, toilets amidst plantations along with crèches and milk for babies. It uplifted the plight of the workers, who faced a bleak future otherwise.

TANTEA produces black tea and due to unfavourable climate, draught and threats from wild elephants in the Nilgiris had been facing severe business constraints. Nilgiri winter accompanied with frost affected the bushes causing scorching of tea leaves impacting the harvest and finally the revenue. Drastic fluctuations in the tea market and the cost the tea fetched was less than the cost of production. Amidst these circumstances, financial crunch was faced by TANTEA due to periodical increase in cost of manpower and decrease in the cost of black tea.

Initially, the absorbed families of Sri Lankan repatriates were allotted to the divisions based on their willingness. They were provided with temporary quarters constructed with mud mortar, mud flooring and thatched roof. Thereafter, brick and mortar permanent residential quarters were constructed. Services like, electricity, water, roads etc followed in a phased manner. Schools were also constructed.

To ensure good health, hospitals at approachable locations were constructed and visiting doctors were appointed. Medical facilities are available to all, free of charge.

TANTEA is giving salary, leave with wages, maternity benefits etc to these repatriates, as per Plantation Labour Act. More importantly, TANTEA has motivated the workers to join the small savings scheme in Post Office and the Recurring Deposit amount is remitted directly from TANTEA to the Post Office accounts.

Senior functionaries at TANTEA including the Managing Director regularly participate in the cultural festivities, religious functions and interact with the workers. TANTEA Day is also observed by conducting competitions in various fields of sports and winners are duly rewarded. Sportspersons are permitted to participate in the district, state and national level sports wherein, they have won cash awards in recognition of their talent.

Benefits like EPF and other remittances are being paid online by utilising latest technology. Even the retired employees receive their retirement benefits and pension in time. There is complete electronic tracking of remittances within the organisation and also its workforce. The workers and supervisors have been provided with plucking cards in order to keep themselves aware of their productivity and production for disbursement and incentives

By providing employment to these repatriates, not only have their conditions of poverty got reduced, but also, pure tea is produced and marketed in Tamil Nadu.

TANTEA, until recently was itself in red, but it never shirked from its responsibility of taking care of its employees, education and medical needs. It also committedly afforded all wages and benefits without laying off a single employee.

The workers have attained fulfillment in life and their children have grown to become doctors, engineers, agri-graduates and have even joined Indian Forest and Indian Administrative Service (IAS).