Reviewing Madhya Pradesh governance 2020 proves that the state continues to be a state on the rise. Madhya Pradesh cements its successful streak as a state catching up to the superstars. In a year where the pandemic has impacted governance as well as everyday life, it’s heartening to see the state do well. We noted… 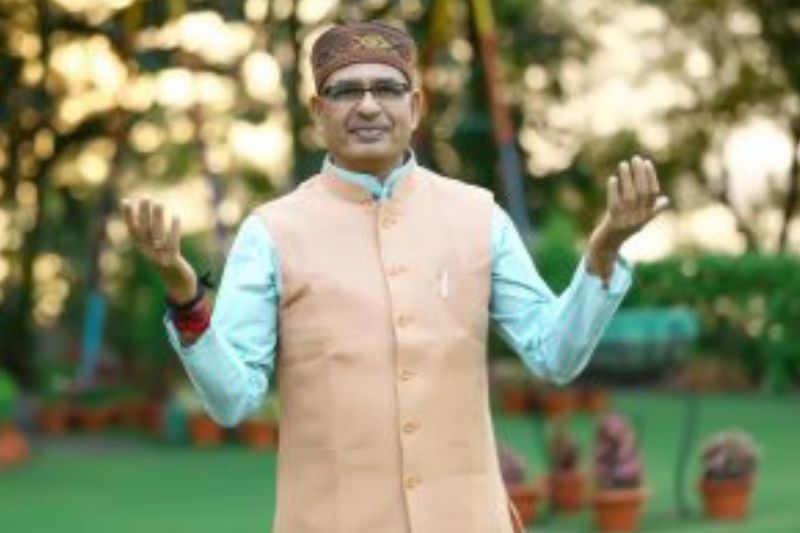 Reviewing Madhya Pradesh governance 2020 proves that the state continues to be a state on the rise. Madhya Pradesh cements its successful streak as a state catching up to the superstars. In a year where the pandemic has impacted governance as well as everyday life, it’s heartening to see the state do well.

We noted in last year’s review that Madhya Pradesh turned out to be something of a dark horse: despite its size and population, the state hasn’t made the news as favourably as robust economies like Gujrat or tech-savvy states like Karnataka and yet, M.P. has been slowly and steadily climbing the charts almost-unnoticed these last few years.

This progress is underlined by 2020’s results: after careful evaluation across several metrics, SKOCH finds that Madhya Pradesh has climbed up from #7 to #5 in our overall performance rankings. Making the Top 5 is no mean feat. It could be said that the years of quiet may have been a case of waiting mistaken for waste, and we are finally beginning to see them pay off.

We noticed in this year’s review that the youth and child segment are a focal point for the government. The state has rolled out some highly impactful projects and policies aimed at promoting the interests of young people and children. Children are, of course, the face of tomorrow so it is promising to see different actors in an administrative matrix prioritise their development.

Our State of Governance review for 2020 finds Madhya Pradesh stirring things up in a number of categories. The state is doing exceptionally well in the Municipal Governance and District Administration segments. It is also leading by example in the Governance and Municipal Sanitation sectors.

The MP State Agricultural Marketing Board and NIC MP State Centre have introduced eMANDI and eANUGYA. The digital platform modernises the Anugya permit system used for moving agricultural produce to mandi/ markets and other destinations. Because of the new system, cess evasion has dropped and a 20% rise in the MandiCess has been noted. The Agricultural Produce & Livestock Market Committee allows farmers and traders to engage in sale-purchase transactions directly. The transparency brought about by the system helps protect farmers’ interests, facilitate faster registration of documents and deals. This also serves to streamline every aspect of the process from yield and inventory to licensing and outstation transport.

SKOCH recognises the fantastic job done by the Burhanpur District Administration in response to the Covid-19 pandemic. The first Covid-19 patient was identified on 21st April 2020. The administration managed to keep the number curtailed to 392 till the end of June, rising to 733 by the first week of October. These statistics have to be evaluated in the context of population density, demographic peculiarities, and local governance. But one cannot deny that they still make for far lower numbers than the ones we saw in the bigger cities and metros. Given that Madhya Pradesh has a sizeable population and other districts close to Burhanpur did not fare as well, the District Administration certainly deserves mention and praise for its efforts.

The administration imposed strict lockdown protocols, curtail movement within the state as well as prevented influx from other states. At the same time, they worked on schemes to provide financial help to daily wage earners. They also designed schemes to boost healthcare capacity and capabilities.

A key component in the administration’s response to the pandemic was the effective communication strategies adopted. Firstly, the District Collector’s office organised daily media briefings. They also conducted campaigns to raise awareness and ensure administrative transparency. As a result, it created an atmosphere of mutual trust and cooperation between the people and the authorities. Additionally, teachers in the state stepped up to help communicate better. Burhanpur cites a recovery rate of 93%.

The Commissioner Rewa Division launched the Measles Rubella Campaign. It is an impactful project working to reduce childhood mortality, foetal deaths, spontaneous abortions and congenital defects caused by these two illnesses. The campaign targeted 2.2 Crore children in the state and 23.54 Lakh children in Rewa. The campaign achieved 100% of its goal.

The District Administration of Shajapur is a leading example of e-governance. Authorities used video conferences to connect with representatives at the district and gram panchayat level. The effective use of technology at the local level allowed village Jansunwai programmes to continue unfettered and aided governance during the pandemic. Available infrastructure and resources were optimised in order to prevent greater expenses at a time of national crisis. The DA could stay connected to citizens and their concerns at the micro level without any non-essential travel and contact.

The Khandwa Municipal Corporation introduced Project SAMBNDH. It is an impactful solid waste aggregation and management strategy that encourages citizen ownership of this public interest issue. Khandwa is one of only 312 cities (from 4,372 participants) awarded the ODF++ certification. This means that there is no open defecation in the city. This is due to public restrooms being easily available and well-maintained and connected to Septic Tanks or Sewage Treatment Plants. The administration is promoting composting, waste segregation, Materials Recovery Facilities and waste management infrastructure.

The state of the educational landscape of a society is a reliable marker by which to judge it with. Investing in the youth is investing in the future and in light of that the Collector’s Office of Satna has designed a highly impactful scheme for the same. The project undertakes school campus development in order to foster an environment conducive to learning and growth.

The project operated with a budget of INR 25 Crore and involved the sanction of 9 acres of land for school campuses. Key developments include the installation of lights and 15,000 fans, repairs and construction of infrastructure, raising boundary walls, as well as improving access roads and school playgrounds.

Post-implementation evaluation estimates that the project reached 284,489 beneficiaries. Given a marked improvement in the learning environment, more students began attending their classes and as per administrators there has been a rise in the literacy rate since.

Substance abuse and dependency has become a scourge in the country. As per a Ministry of Social Justice 2019 report, over 28 Crore people in India use addictive substances and Madhya Pradesh is 3rd in terms of alcohol consumption. Even more alarmingly, research finds that there has been a recent spike in substance users and a large portion of these are young children and adults, in the 12-30 age bracket.

The Navotthan project is the only one of its kind in the state dedicated to schoolchildren and college students. Working with UNDP, the administration has set a target of 350 schools and 3 Lakh students for its sensitisation and counselling activities. Project organisers conducted 61 workshops over a period of 6 months from July 2019. As a result, they were able to reach 10,283 youths. These seminars found that around 35-40% students were using tobacco, with children as young as 6th graders already addicted. In response to these efforts, 183 students requested help with the deaddiction process. Support systems and counselling services are being offered to substance users as well as their families.

Activities organised under the scheme include skits detailing the dangers of substance abuse, animated films and documentaries about addiction and recovery as well as interactive sessions and the distribution of educational materials.

The Pradhan Mantri Aawas Yojna (Urban) – Beneficiary Led Construction scheme seeks to help underprivileged families in the severely disadvantaged area of Lanji improve their living conditions. The stark reality of many developing countries is that significant chunks of the population live in semi-permanent shelters that pass for houses – in India, the concept of a ‘kutcha house’ vs a ‘pucca house’ is one we have all heard of at some point.

The purpose of this BLC scheme has been to empower beneficiaries to build their own ‘pukka houses’ with grants of INR 2.5 Lakhs as well as technical and humanitarian assistance. With this scheme, a third of the population of Lanji -that is around 1000 out of 3000 families- are receiving help to build their homes. Of these, 400 families have already completed construction while the remaining 600 families are in the process of doing so.

This scheme combined with other government initiatives like the PM Ujjawala Yojna (which guarantees LPG connections to women of BPL families) and the Ayushman Bharat Yojna (focused on healthcare services) is working to improve the housing conditions and quality of life of people in backward and underprivileged parts of the country.

The Pradhan Mantri Awas Yojana – Housing for All 2022 campaign by GoI aims to provide ‘pucca houses’ to all eligible households of the EW, LI and MI groups in urban settlement areas. SKOCH has reviewed the implementation of this scheme across the state of Madhya Pradesh. Noteworthy mentions include the efforts of the Municipal Councils of Dindori and Patan and the Nagar Palikas of Mandla, Balaghat and Malanjkhand.

The Pipaliya Mandi Nagar Parishad administration has introduced the e-Nagarpalika module to digitise the property tax calculation, collection and tracking processes. The platform has made it easy for property owners to track their taxes and arrears in the comfort of their own homes. The administration benefits from transparent, accurate recordkeeping which helps reduce errors in tax collection.

The Madhya Pradesh governance 2020 report card shows that the state has performed reasonably well in the Power & Energy segment. It has also continued to rank in the Top Ten for the Police & Safety segment.

Cyber Claw by Madhya Pradesh Police is an initiative to use digital technology to monitor and fight wildlife crimes and poaching, with special emphasis on tiger reserves. Forest Departments and officers are being better trained and equipped to investigate, pursue and convict those involved in illegal wildlife trade and trafficking.

SKOCH recognises the work done by the Madhya Pradesh Power Transmission Co. Ltd during the pandemic to guarantee seamless service by upgrading transmission systems and grid security. The organisation services the entire state of Madhya Pradesh and whilst other industries allowed for work-from-home alternatives, those in the Power sector did not enjoy the same comfort, especially since systems maintenance alone is a 24*7*365 responsibility.

Madhya Pradesh has made great strides forward in many sectors but some, like Ease of Doing Business and Education have been marked as ‘Indifferent’ this year. Also on this list are the Finance & Revenue, Health and Infrastructure segments. This trend can be a result of both a lack of highly impactful schemes coming out of a particular segment or state and also a lack of awareness about ranking procedures. Greater participation from project stakeholders gives us a more accurate idea of the efforts being taken to uplift people’s lives at the grassroots levels. Other Indifferent sectors in the Madhya Pradesh governance 2020 review include Rural Development, Urban Development and Skill Development. The Water and Women & Child Development niches are also currently listed here.