Haryana’s reinvention on the path of good governance and development

Haryana is eponymous with agriculture. However, the state has proven to be much more. In recent years, it has reformed most of the sectors in order to increase the ease of doing business. It is also moving forward on efficiency-based tracking of welfare projects, which gave it a position in the top 10 states in the SKOCH State of Governance 2019 rankings. 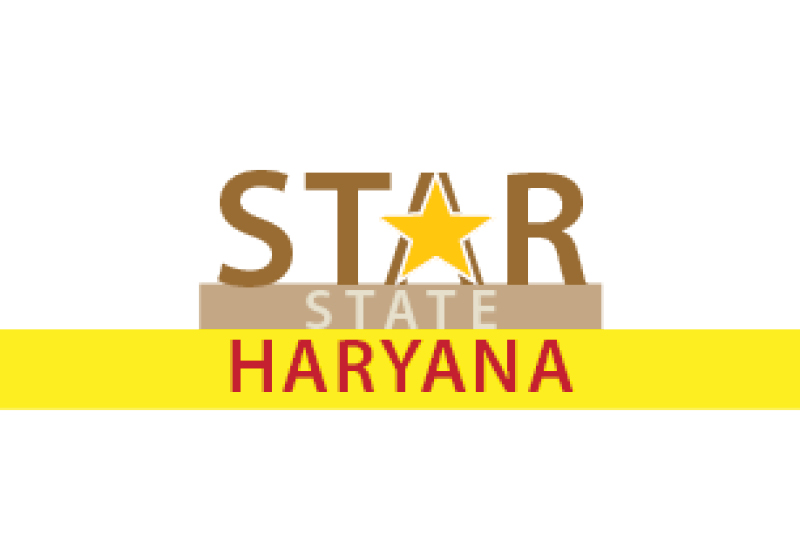 Haryana is a leading agrarian economy, being one of the largest producers of wheat in the country only second to Punjab. Its traditional focus on agriculture has meant that the state contributes 15 per cent of the country’s agricultural produce even though it constitutes only 1.5 per cent of the country’s area. Recent strides towards manufacturing and e-Governance have paid dividends in attracting foreign investments. It currently ranks 3rd in the Ease of Doing business, having attracted over Rs 29,000 crore of fresh investments in the past five years, generating employment for more than two lakh professionals within the state. The impetus on central government campaigns such as ‘Digital India’, ‘Make in India’ and ‘Skill India’ have helped propel the state to the next level of growth trajectory.

The state government has often been criticised by Delhi government for being responsible for the smog that infests the neighbouring state, especially during the winters of 2018 and 2019. The chief minister of Delhi has alleged that part of the reason for this crisis in Delhi has been due to the stubble-burning in the neighbouring states of Punjab and Haryana. Every year in the states of Punjab and Haryana, 30 million tonnes of paddy stubble is burnt every Kharif season. In view of this criticism, the government of Haryana has decided to set up large ethanol and bio-CNG plants to turn this stubble into biofuel. This has attracted investments as farmers are encouraged to sell stubble to these factories at the price of Rs 46 per kg of CNG produced.

The HSIIDC (Haryana State Industrial & Infrastructural Development Corporation) is the nodal body in charge of industrial development in the state looking after infrastructural development, estate management, financial assistance and various skill development initiatives. Currently, the state manufactures automobiles to the tune of 67 per cent of all passenger cars, 50 per cent of all tractors and 60 per cent of all motorcycles manufactured in the country. It is home to Maruti Udyog Ltd, India’s largest passenger car manufacturer and Hero MotoCorp Ltd, India’s largest motorcycle manufacturer. It is also home to the Kundli-Manesar-Palwal (KMP) global corridor and the Delhi-Mumbai Industrial Corridor (DMIC). It also has seven operational SEZs, seven Industrial Model Townships (IMTs), 23 formally approved SEZs and 20 notified SEZs.

A series of reforms have been undertaken in order to help industries operate smoothly within the state, such as:

Good governance via e-Governance has been a priority of the state, with the adoption of various campaigns endorsed by the central government.

Speaking about his vision for the state, Chief Minister, Manohar Lal Khattar said, “We are embracing the concept of ‘e-Governance’ to improve the quality of life of people. ‘CM Window’ has been established to redress public grievances and it has proved to be very successful, and the ‘CM Web-portal’ set up to boost citizen participation in the process of development is acting as a strong bridge between the Government and the people.”

The projects undertaken by the Haryana Government are as follows:

The Municipal Corporation of Gurugram is the first in the country to undertake e-Waste Recycling initiative in the country. e-Waste (electronic waste) consists of end of life electric and electronic equipment such as TVs, refrigerators, bulbs, tube lights, laptops, computers, mobile phones, electronic toys etc. e-Waste is a new and upcoming stream of municipal waste which has been predicted to increase by over 300 per cent till 2020. Collection, processing and monitoring system has been established at designated areas in schools, MNCs & corporate offices and in societies for the allotment and storing of these e-Waste items from households.

Durga Shakti App has been developed to help women in distress or for redressal of any other grievances of women. In line with the Digital India initiative of Central Government, the Haryana Government has developed this application along with its ‘faceless governance’ mandate. As a result, several FIRs have been registered in relation to cases such as stalking, harassment at public places etc, 14 preventive action and 204 other matters have been resolved through this app. This app uses WhatsApp API and SMS API to send the location of the woman in distress to the Police Control Room and a number of woman’s relative or person known to her.

This project implemented on 1st May 2019 is a result of the water shortage in Gurugram. GuruJal has been incorporated as a society under the Companies Act, with a proposal to have a board of advisors from civil society, research organisations and corporates to guide and mentor its executive members for best outcomes.  The primary objective is to address the problems of groundwater depletion, water scarcity, flooding and other forms of water mismanagement in Gurugram district. As a result, 290 illegal borewells/tubewells have been sealed, and work has begun on 30 wastewater bodies, 3 bio-diversity parks and 4 city forests. This is the first ‘Water Conscious District’ project in the whole of India.

Gurugram being a Cyber hub for IT companies, there has also been a consequent rise in Cybercrime in the city. Since the project has been operational in 2013, Summer Internship Programmes have been conducted on Cybercrime and security consequently for seven years where large numbers of students from reputed institutes pan India get selected. These students are distributed in groups and each group is assigned a different project. Each student is then groomed to become Cyber Ambassadors and are expected to spread awareness regarding Cyber Safety to a further 50 people in society.