The district administration of North Goa has taken e-Governance cues and integrated them with the state revenue related issues to provide a much effective and citizen-centric platform. Goa has been placed at 24th position in the SKOCH State of Governance 2018. 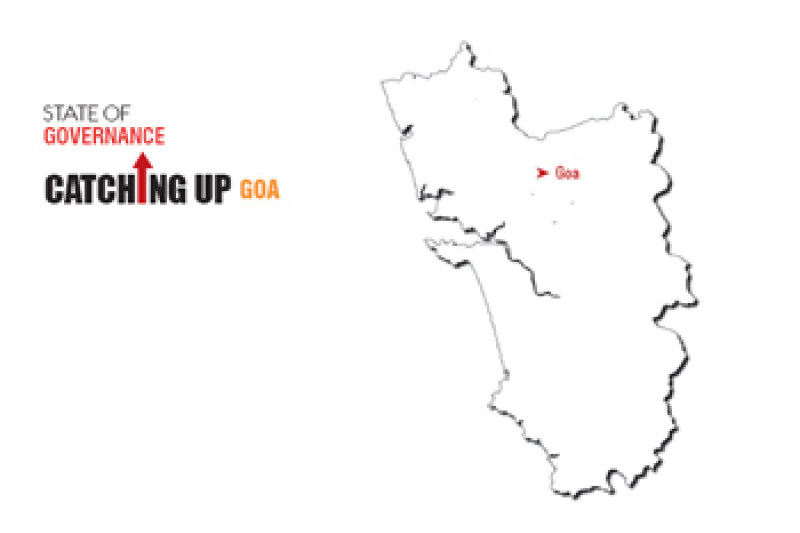 The district administration of North Goa has taken e-Governance cues and integrated them with the state revenue related issues to provide a much effective and citizen-centric platform. Goa has been placed at 24th position in the SKOCH State of Governance 2018 While the various sectors of the state failed to make any mark with any of their schemes and initiatives, one project that integrates e-Governance and mobile governance has caught up. The state that mainly thrives on tourism has not been forthcoming with new ideas in the tourism sector. The state stood eighth in district administration in the overall sector wise state ranking but had nothing to showcase in other sectors.

SKOCH found that the e-Revenue project initiated by the Revenue Department of Goa has wisely used modern with traditional, such that various services provided by the department have been made much more timely, accessible, accountable and citizen-centric. Through this platform, the services that are in high demand like issuing of certificates, partitioning of land and converting land use and mutation are streamlined and made online, so that citizens are able to access them through a single window and the functions of the departments concerned are integrated.

The single window across various relevant departments links the line concerned with the processing of an application on a common IT enabled platform. There is an ease of access for the citizen as he/she can access the services right at the Village Panchayat level in the case of certificates or at the single point in the case of partition and conversion of land. This is a complete workflow system with SMS integration at each level and comprehensive MIS and reporting mechanism with Central Repository of each certificate issued and online trial of each application.

Goa is one of the fastest growing states in the country. The Gross State Domestic Product of Goa at current prices increased at a Compound Annual Growth Rate (CAGR) of 8.78 per cent from 2011-12 to 2016-17. Goa’s net state domestic product (NSDP) was S587.71 billion (US$ 8.76 billion) in 2016-17. Goa’s economic growth is driven by the strong performance of industrial sectors such as mining, tourism and pharmaceuticals.

As of July 2018, Goa had a total installed power generation capacity of 549.41 MW. Goa is also one of the few states in India to achieve 100 per cent rural electrification.

According to the Department of Industrial Policy & Promotion (DIPP), FDI inflows into the state of Goa, during April 2000 to June 2018, were $970 million.