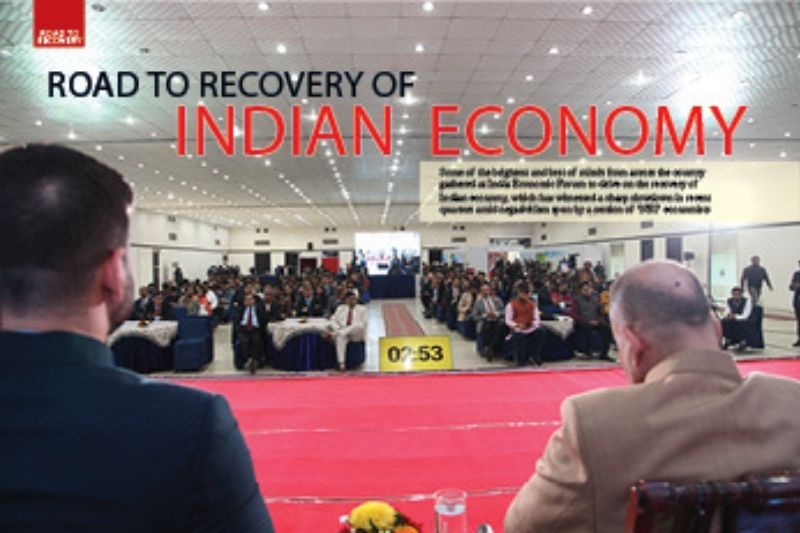 Narratives are key determinants of economic trends. When signs of an economic slowdown emerge, people begin postponing consumption purchases and investment decisions, further weakening consumer and investor confidence. Recent measures announced by the government to reverse the economic slowdown, especially tax cuts, will improve the sentiment and support growth and jobs creation. But more needs to be done, as the Reserve Bank of India (RBI) has revised its GDP growth projection for this year to 6.1 per cent from 6.9 per cent it made in August. The RBI’s Consumer Confidence Index shows a slowdown in consumption demand.

The aggregate capacity utilisation has declined. More worryingly, while bank credit to commercial sector turned negative at Rs 1,287 billion in the first six months of the financial year (April-September 2019) against Rs 1,850 billion in the same period last year (April-September 2018), non-bank credit to commercial sector declined to Rs 2,197 billion against Rs 5,510 billion in the same period. In good news, the current account deficit is expected to decline to below 2 per cent of GDP from 2.1 per cent of GDP in 2018-19. Ratings agencies expect that growing foreign direct investments, foreign portfolio investments and banking capital inflows will tip the capital account into surplus – of $70.0 billion – this year.

Responding to slow growth, the government announced cuts in corporate taxes and the taxes for new manufacturing companies. This path-breaking reform will boost corporate profitability and improve the sentiment, which is a necessary condition for reversing the economic slowdown. After the cuts, the Indian tax rate is now competitive with other economies including Vietnam, Singapore, Thailand and China. The timing of the move is excellent, given that many companies are looking to relocate their manufacturing base out of China in the wake of rising US-China trade tensions. The move can act as a big catalyst to attract fresh investments from foreign and domestic players over the medium term.

Is there is scope for relief on taxes on individuals now without bringing revenue under too much pressure? On the indirect taxes side, the Goods & Services Tax (GST) needs to become simpler, stable and predictable quickly. Its weaknesses are proving to be a drag on GDP growth, especially for the exports sector and the MSME segment. Plus, its collections are falling short of targets and potential. Perhaps a source of boosting revenue and making taxes more fair and efficient is the area of taxation of global companies in the digital space on which the OECD has proposed a major overhaul of the international tax system.

Prime Minister Narendra Modi, as was visible during his tenure as chief minister of Gujarat, is an advocate of greater autonomy for states in terms of how they want to design their development programmes and spend their share of taxes. In fact, he has even argued in the past for state governments to be given the right to collect income tax. Against this backdrop, the new terms of reference communicated to the 15th Finance Commission suggest to consider carving out a separate fund from the divisible pool of taxes to be specifically earmarked for internal security and defence-related spending—something that is constitutionally a central government responsibility.

Already, the RBI’s latest report on states’ finances shows, there is an increase in states’ indebtedness, with inter-generational consequences and sharp retrenchment in development expenditures. Debt has risen persistently since 2015-16, led by schemes like UDAY. Non-development expenditure rose sharply during 2017-18 in a break from the past, led by committed expenditures such as salaries, pension and interest payments.  Financing via market borrowings is slated to go up. Debt liabilities rose through 2016-19 and are likely to remain around 25 per cent of GDP in 2019-20, making sustainability of debt the main fiscal challenge.

Prime Minister Modi has secured voter trust through his agenda of welfare programmes. Among the programmes that stand out in the overall welfare bouquet are: One, Ayushman Bharat has improved capacity utilisation of healthcare infrastructure through better monitoring. Combining insurance and technology, the scheme has revolutionised delivery of free and quality healthcare services. 40 lakh poor Indians have availed free insurance benefits in less than a year, without having to do any paperwork. Two, Swachch Bharat is changing behaviour towards cleanliness and hygiene. India is now an ‘open defecation free’ country, as declared by Prime Minister Modi on the occasion of the 150th birth anniversary of Mahatma Gandhi.

It’s only a matter of time when this achievement will lead to improvements in health outcomes. And three, PMGSY, DDU-GKY and other rural schemes for low-cost housing, electricity connections, cooking gas connections, no-frills bank accounts and MUDRA loans. These schemes for skilling, physical and financial rural infrastructure will unleash entrepreneurial energies in the villages and unlock the economic potential there, reducing the India-Bharat divide.