There is a need to distribute social sector allocations directly to elected representatives in local institutes of self-governance, the largest resource base in the world, and integrate the anti-poverty schemes to transform India into a real social democracy. Team Inclusion reports 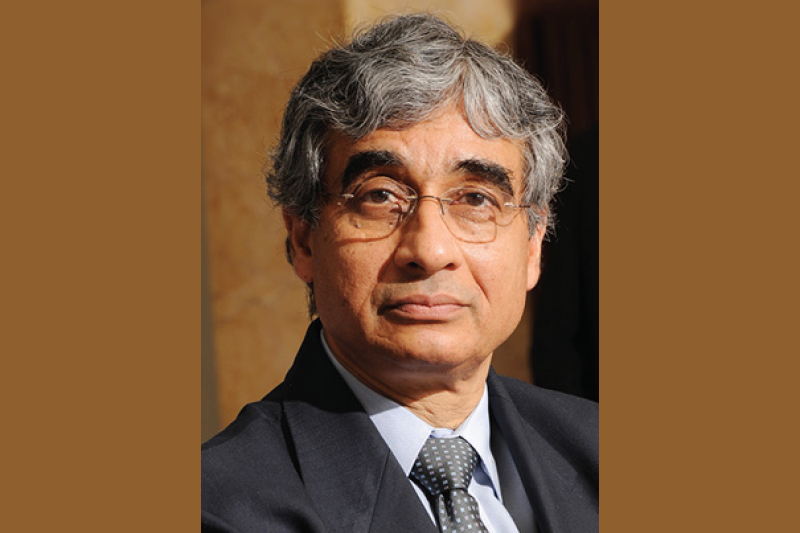 Whoever said budgets are a moral compass of our conscience had a raison d’etre. For budgets are always a good indicator of whether inequities are growing in a society and whether a democracy needs to reconstruct its resources to be a social democracy.

The situation may have improved slightly from 1990s when the then Prime Minister Rajiv Gandhi was forced to say in public that out of every rupee allotted to the tribal people, not even five paisa reaches them. But as the UNDP indices and outcome measures at the level of the beneficiary shows there is not much progress in relative terms. The GDP growth rate in the country may be the second highest in the world and the number of billionaires may have risen tremendously in the country but the fact is that 77 % of our people are having a consumption level of less than Rs 20 a day.

Clearly there is a need to reevaluate the supply side dynamics and shift to demand side governance and, what former Panchayati Raj Minister Mani Shankar Aiyar says, for redistribution of funds directly to the largest resource base – the number of elected representatives in local institutes of self-governance – and convergence of social sector schemes to bridge the inequaties and inequalities prevalent in the society. There is also a need to link financial inclusion with economic inclusion, look for affordable ICT interventions to cut down banking costs and use mobile services to deliver crop information, market information and weather advisories to the farmers.

“There is no country in the world which has a larger resource base in terms of manpower for resourcing Indian social democracy. The number of elected representatives (at the grassroots in India) is almost equal to the total number of adult voters in Norway or in New Zealand,” Aiyar says making a strong case for spending social sector allocations through Panchayati Raj Institutions (PRI) resources. The former minister feels these resources can help the social democracy in India penetrate into every village of our country.

Since out of the 3.2 million elected representatives, as many as 1.2 million are women (more elected women than in the rest of the world put together), this is a political empowerment on a scale that is without precedent in history and without parallel.

“The problem of public goods delivery at the grassroots is not at all a matter of corruption leeching the system but that our steel frame is very reluctant to allow devolution of funds to the local bodies. The political class says what happens to me if my powers of patronage are taken away or devolved to somebody else”

But there is doubt whether this political empowerment has translated into economic betterment of the women because women representatives in local bodies like their male counterparts hardly have a say in actual implementation of the social sector schemes. At the most the role of the PRIs is limited to recommending names for employment under the MGNREGS or Antodaya and BPL cards. Plans are still drawn up at Planning Commission in New Delhi or in the State capitals and entitlements are routed through the line departments.

Kerala is probably the only exception in the country where 40 per cent of the plan outlay is actually planned for and spent by the people’s representatives in consultation with the Gram Sabhas. The rest of the states hardly figure anywhere in the picture. The situation is worst in states where the percentage being spent by the PRIs still hovers around a meagre 2 per cent.

Aiyar puts the onus on ‘political class’ and ‘bureaucracy’ for the current state of affairs: “The problem of service delivery and public goods delivery at the grassroots is not at all a matter of corruption leeching the system but that our steel frame is very reluctant to allow devolution of funds to the local bodies. The political class says what happens to me if my powers of patronage are taken away or devolved to somebody else.”

It is everybody’s case that state governments do not want to devolve powers to the local bodies. The states, in fact, were not even inclined to conduct elections for the Panchayats and Panchayati Raj Ministry had to coerce them for the same. I have actually run in the corridors of Supreme Court on one Saturday to file a counter against the Government of Bihar which was not holding elections, recollects Sudha Pillai, Member-Secretary, Planning Commission who served in Panchayati Raj Ministry in the past.

Another confirmation of government’s reluctance towards devolution comes from the fact that despite the Parliament having passed Panchayat’s Extension to Scheduled Areas (PESA) Act in 1996, it has not been implemented on the ground. The states have till date not drafted the rules which they were supposed to have done within one year after the legislation. PESA was supposed to do away with moneylenders, liquor contractors and hand over control of minor forest produce, water resources and minor minerals to the tribals. “What you find is that many State Governments have not got away from the mai-baap syndrome. The whole thing is supply side,” fumes Pillai.

Besides devolution of resources to the local bodies, the other imperative for realisation of social democracy is to do away with insulated silos and converge the social sector schemes to get a multiplier effect. Poverty, after all, is a multidimensional thing with income, calorific intake, housing, education and health making up its different offshoots. A recent study by Oxford University which measured poverty on all these parametres, says these different types of poverty are inter-related with the result that if you act on one of the elements it has a multiplier effect on other elements.

“Currently, 80-85 % of the no-frill bank accounts are not being utilised and the average deposit is only Rs 11 because the account holders are not involved in economic activities”

We, unfortunately, still have 139 schemes being delivered to the poor through 139 separate administrative silos which are completely insulated from each other. These silos apparently not only have a multiplier effect on administrative costs and since they have no interaction at any stage, also contribute to duplication of effort.

For instance, while houses being built for the poorest of the poor and dalits under the Indira Awaas Yojana (IAY) are under the jurisdiction of Department of Rural Development, Total Sanitation Campaign of Department of Drinking Water and Sanitation provides toilets for the poor. There is no interaction between the two because each department, despite being under one common ministry – Rural Development, is headed by a separate Secretary.

The question is why can we not use Mahatma Gandhi National Rural Employment Guarantee Programme for building class rooms required for Sarv Shiksha Abhiyaan (SSA)? For this would not only avoid double expenditure but also provide employment to wagers under the MGNREGS. The non-transfer of funds, finances and functionaries not only hinders transformation of India into social democracy but is also leading to Sarpanch Raj as the Sarpanch quickly gets co-opted by the bureaucracy.

Apart from distributing resources through local institutes of governance and integrating social sector schemes, there is also a need to put in place some kind of economic activity to sustain financial inclusion, invoke ICT interventions to bridge the urbanrural divide, strengthen cooperative movement and use mobile to deliver crop, market and weather information. After all, unless one has access to an economic activity to create wealth, how would one keep the bank account alive and make transactions.

“Panchayat’s Extension to Scheduled Areas (PESA) is a law which should have given back to the tribals the kind of wealth, prosperity, and control that they enjoyed”

There is also a need to link financial inclusion with economic inclusion, look for affordable ICT interventions to cut down banking costs and use mobile services to deliver crop information, market information and weather advisories to the farmers

Clearly there is a need to integrate all stakeholders to facilitate economic inclusion. It would also be a good idea to put in place some kind of risk management system or social security net with this. Bhatt cites the example of Scandinavian countries (Denmark, Sweden etc) where the difference between the highest incomes and the lowest incomes is very small yet the society is sustainable because everybody has access to a certain minimum standards of social security in the times of death, illness, unemployment etc.

Former NABARD chief K G Karmakar stresses on the need for using ICT interventions and financial literacy through television, village meets and district financial literacy units to further financial inclusion. Currently, 80-85 % of the no-frill bank accounts are not being utilised and the average deposit is only Rs 11 because the account holders are not involved in economic activities. It would help if we ensure rural employment in clusters of rural industries and services sector and have rural credit bureaus. While Devaki Jain counsels the banks to lend credit to self-reliant cooperatives instead of SHGs and MFIs, IIT professor Deepak Phatak calls for making the technology affordable for banking inclusion.