Re-Thinking the Role of the Government

The real challenge is not redesigning the political system but getting it to accept the logic that governments formulate policy and regulators implement. A report by Team Inclusion 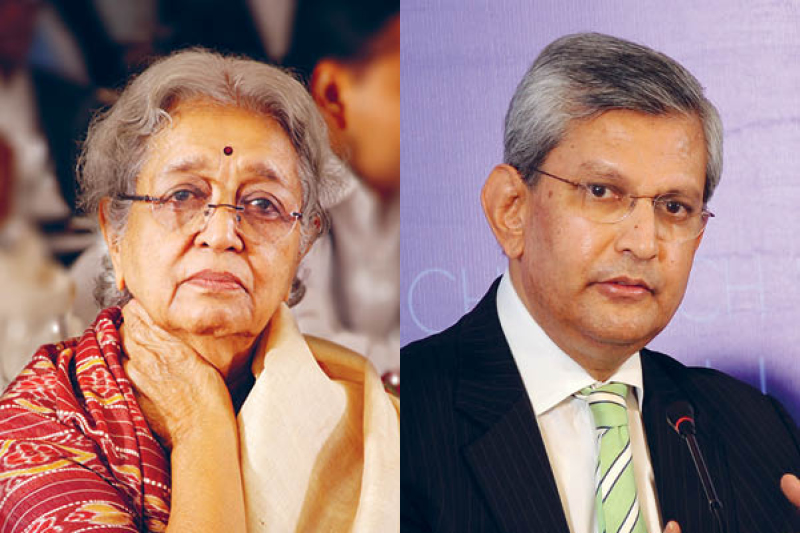 One of the reasons that catapulted Anna Hazare’s anti-corruption crusade on mass conscience was governance deficit, which allowed the scams and scandals – CWG, 2G spectrum, Adarsh society, cash-for-votes, CVC appointment, to name a few – to pile up.

The government simply looked the other way as the costs of stadia, infrastructure and other paraphernalia for the games shot up by over 1500 times. It did not take notice when A Raja and company allegedly threw policy norms to the wind and doled out bandwidth to telecom companies at dirt-cheap rates. The scams could grow to gigantic proportions because our political system has not accepted the logic of arm’s length regulation. Because it still has political authority at the centre of decision-making. And decentralisation is yet to make inroads into the government structure. Moreover, political authority has still not accepted the idea of confining itself to policy formulation and the regulator implementing the policy. Not only the state has control over disbursal of funds, it also has the power to hand out contracts, licenses and land.

Apparently, the old feudal political order for which the corruption was business as usual and there was no scrutiny has not realised the proliferation of technology and communication (mobile, emails, face book, twitter etc) and the awareness that it has brought about in the society. They have failed to take note of the changes that are knocking at their door. The politicians and the government have no place to hide anymore anywhere.

“The real problem is that our political system has not accepted the logic of arm’s length regulation. The whole idea that the governments make policy and the regulator implements it is not accepted by our political masters. We have seen this most recently in the telecom scam,” says Nitin Desai, renowned economist and former Special Advisor to UN Secretary General.

Desai says the real challenge is not redesigning the political system but getting it to accept the logic that governments formulate policy and regulators implement. Without that public private partnership will remain a non-starter.

But the question then is who will persuade the government and the political masters to let go of their powers? Will they agree to delegate regulation to the regulators? Should the government work to create a level playing field as a regulator or regulatory institutions go into other areas like risk management to ensure due diligence? What does facilitator mean? Does it mean it is hands-off? How is the balance to be struck between the regulatory functions of government and the facilitating functions of government?

If one goes by how the political parties and the parliamentarians have been crying hoarse over sharing power either with the market or the civil society, it looks very likely that they will be extremely reluctant to let go.

After all, the government has fought tooth and nail with the civil society to preserve supremacy of democratically elected representatives in the drafting committee for Lokpal bill. Besides there is a persistent suspicion in the Parliament that government vacating too many areas of responsibility too quickly and increased reliance on market is bound to lead to problems because of market imperfections, market failure, because regulators have not always proved to be arm’s length regulators and because the whole regulatory change from government to a regulator has been deeply flawed in the country.

Prominent economist and now a parliamentarian N K Singh claims that the context of distinction between government redefining its role from being a provider of goods and services to a facilitator has got altered due to failure of regulatory functions as well as the role and responsibility of the government.

Moreover, since it is the regulator part and not the policy formation function that allows the ministers to dole out favours to their constituents and henchmen and keep them in good humour for election duties, they will never part with the former. Nitin Desai narrates an old anecdote to confirm this. He says when a Secretary in Ministry of Rehabilitation at the time of independence told his Minister that he was deciding the cases based on the policy formulated by the latter, the minister shot back, “Secretary saheb, let me decide the cases, you formulate policy.”

Worse is the case in the states. Since the state departments deliver most of the public services there, the ministers are preoccupied with their file work on transfers, posting and promotions and have little time for policy formulation.

We also need to learn from Denmark, the most cooperativised country in the world, and do away with the Registrar of Cooperatives to give independence to cooperatives.

Economist Surjit Bhalla denies that the PDS system and the MGNREGS have anything to do with regulation. It is more about the government’s role of a moral authority and disburser of funds.

Prajapati Trivedi, Secretary – Performance Management Division in Cabinet Secretariat, who is seeking to establish a mechanism for results-based performance monitoring and performance evaluation in the Government, laid emphasis on improving the quality of the governance by making the bureaucrats competent and more accountable.

“What we need to do is increase the quality of government and once you have done that many things will start falling in place. I completely agree the problem of regulation is quality of government, not quantity. We have to hold them (Secretaries) accountable to change the system and look at their outcome and impacts and what results they are delivering,” he said.

The Performance Management division has devised a rigorous scientific, objective, verifiable, measurable system of evaluating performance of the government officers. It has asked the officers to draw five-year strategies, citizen charters and consult stakeholders in making strategies.

Trivedi hoped to usher back-to-back accountability in a couple of years after the state governments would have a similar ‘Performance Monitoring and Evaluation System (PMES).’

“In my view, this administrative unit from Gram to district is the pyramid where people can fully engage with the political and economic democracy and this is where we can have an inclusive state and I think we have not done at all well with this idea. We have thwarted it, made it fail because of three enemies. The three enemies in my view are the “NGOs, the civil servants and the elected representatives at the higher level. One of the ways in which we can moderate or reduce the extraordinary inequality is through Gram Panchayat i.e. local self-government.”

She preferred the state to work on building equity and poverty removal rather than relying on NGOs, civil society or the corporate for this. She also supported the idea of doing away with stringent laws on Cooperatives to make them self-reliant.

The need of the hour is that instead of over-engaging itself in transfers, postings and promotions of employees and politicking, the government should concentrate on policy formulation, appoint regulators and see to it that they follow the policy in letter and spirit in implementation. It should leave politics for political parties. Another imperative is that government should have a hands-on approach when it comes to implementation. After all it is no secret that creation of an effective regulatory mechanism is our biggest failure.