Grassroots Inclusion Must for Inclusive Growth

Gandhi was a role model for me when I was growing up in a remote part of India with no electricity, water, pharmacy or schools. The scenario may have changed many years later, but Gandhi is more relevant to the world today than ever before, believes Sam Pitroda 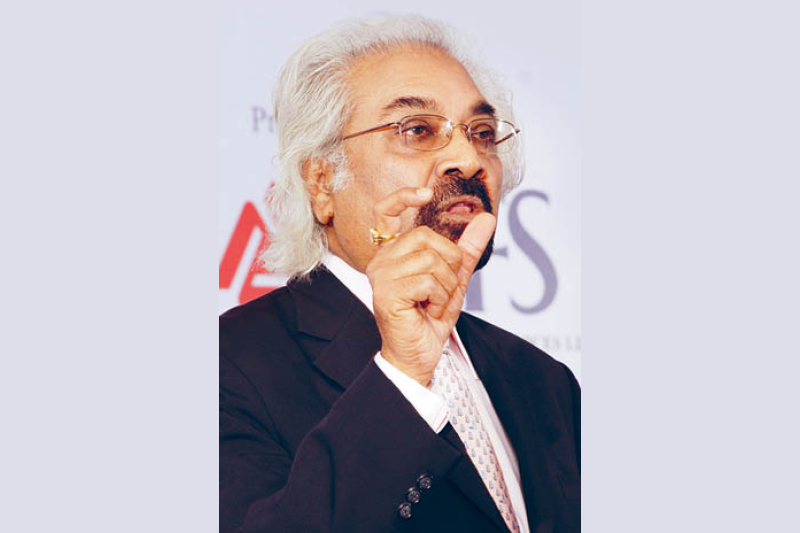 Gandhiji was a great communicator and a great social activist, and one who constantly focused on people at the bottom of the pyramid. Inclusive growth has been a dream for India since independence. It has been on the agenda but has remained unfinished for a long time till today. In spite of the 9 per cent growth of the economy the country still has 300 million illiterates and 400 million below poverty line. It is unfortunate that things have not changed much in villages and even basic needs – water, sanitation, power – are found unaddressed.

My friend CK Prahlad and I used to often discuss ways of improving earning capacity of people at the bottom of the pyramid. For unless that happens they can never become a market. MGNREGS is one programme designed by the government but that is perhaps not the long-term answer. How do you focus on female literacy, infant mortality, education and skill development to create new jobs for those at the bottom of the pyramid? It is ironical that on the one hand we have a young population of 550 million below the age of 35, and on the other hand we can’t get enough people to work. It is difficult to bridge the divide unless and until we focus at the multitudes.

This is a country known for technology, yet has 32 million court cases pending. That’s because nobody has focused on the real challenges of the people. Because everybody is focused on the top of the pyramid, problems of the poor really don’t get the kind of attention needed. The real challenge of inclusive growth is to focus on the problems of the poor through a multi-disciplinary integrated approach to problem-solving.

Similarly, Right to Information (RTI) is a great tool. Information can be democratised dramatically if files containing public information are digitised. What should ideally be done is that any public expenditure above a certain figure should be available for public scrutiny. Why don’t we change systems so that any financial transaction gets automatically registered? In the US there is a law mandating that any transaction above $10,000 – which is not much by US standards – can be completely tracked. Only with measures such as these can transparency become a way of life.

Information brings about openness, accessibility, democratisation, decentralisation, and as a result, total transformation. Wikileak is a classic case in point. Strange as it may seem, it reminded me of Gandhiji. When your public and personal standards are the same you don’t worry about leaks. If Wikileak has caused such an uproar today it’s because what people have said in public is very different from what they said in private. So, the leak is really about hypocrisy, double standards. The new reality therefore, much like the Gandhian trait, is all about openness. Which is why I advocate democratising information as part of Gandhian dream to transform governance at the village level.

The growth in telecom has given us the backbone infrastructure to really dream about taking fibre to the Panchayats. Coupled with the UID mechanism, it can prove to be critical

Panchayat is the lowest form of governance. There are 250,000 Panchayats in all, each one roughly managing 5,000 people. It can’t be too complicated if we have the right tools and right structures to focus on village development. One way of doing it would be to connect the 250,000 Panchayats with broadband fibre so as to open up hundreds of megabits of information. The growth in telecom has given us the backbone infrastructure to really dream about taking fibre to the Panchayats. Coupled with the UID mechanism, it can prove to be critical. On top of that we need to build platform for applications such as GIS, payment, procurement, and security. Also, most of these services need to be built on the Internet. Gandhiji’s dream of inclusive growth remained unfulfilled for lack of right tools then, but we have technology today.

What could help is for the domain experts in education, agriculture, health, water to dip into each other’s infrastructure and talent and change the paradigm. It is time for us to really collectively think on developing new models for inclusive growth. Also, technology has to be matched with human capacity, passion, right policies, governance model, education, and delivery of public services. This decade should be seen not just as one of innovation, but also that of inclusive growth where everyone from business, government, administration, civil society, professionals, among others, needs to have a single focus on inclusive growth.

So digital technology today is pervasive. It is not in vertical silos. Everything we do from governance to education to health requires modern digital technology. Without that delivery of services is going to be very difficult. I am a firm believer in technology as a tool. I believe technology is a great social and economic leveller, second only to death. We need to use digital technology to deliver right kind of development at the bottom of the pyramid. I would like to close this by saying Gandhiji’s dream of village level development of delivering to the people at the bottom of the pyramid remained unfinished on national agenda for too long. It can be done if we can collectively focus on the next decade with clear understanding of inclusive growth, using technology, best talent and policy framework, commitment from political bosses, bureaucracy and business.