Today, one has to use a mix of existing and new institutions—like banks, insurance companies and the postal department—offering new products, including insurance, banking, credit and deposit facilities, and even mutual funds, to deepen financial inclusion. As Team Inclusion uncovers while some security procedures will have to be put in place, the volumes resulting from such efforts will certainly drive down the risks and costs 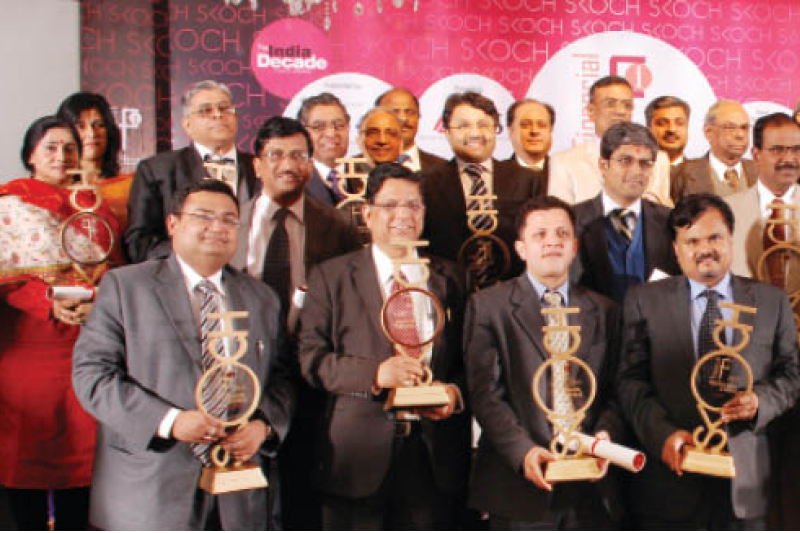 For nearly a decade, Skoch Awards identify and salute best practices that others can take note of and learn from. They comprehensively document, publish and put in public domain this knowledge so that all of us can mutually learn and grow together.

The 5th January 2011 was commemorated as the Financial Inclusion Day. The highlight of the day was conferring of Skoch Financial Inclusion Awards on people, projects and institutions that have enabled livelihood linkages, capacity building, economic enablement and have simply moved beyond financial access.

The Awards were given away by C Rangarajan, Chairman, Economic Advisory Council to the Prime Minister and K C Chakrabarty, Deputy Governor, Reserve Bank of India.

“I commend Skoch for instituting these awards because these awards bring out the successful experiments that are being carried on in the field of financial inclusion as they say the best way to promote excellence is to honour people of excellence,” said Rangarajan.

Speaking on the occasion Chakrabarty said that while a lot has been spoken about financial inclusion, there are still not many who actually understand what financial inclusion means. A recognition like this and marking the day as the Financial Inclusion Day will go a long way in reminding the goals and objectives of financial inclusion. He added that 5th January should be taken as a milestone to make yearly assessments of ground covered.

Technology should be used as an enabler and only as a means. Whether we call it mechanisation of banks as Rangarajan said in early 1980s or core banking as addressed in the early 2000, it still means that any technology should be backed by scientific research and innovation to be leveraged for the well-being of the masses. The key to success would be lower cost of transactions. And if our banks today admit that the transactions costs have come down but financial inclusion still is not a viable process because the delivery model is not cost effective, then we need to sit down and discuss, cautioned Chakrabarty.

Skoch has been working in the areas of digital, social and financial inclusion for over a decade now. Skoch today enjoys the distinction of having instituted several of the oldest, most prestigious independent civilian awards in the field of financial inclusion, economy, industry, governance, capacity building, empowerment, inclusive growth, citizen services delivery, technology, academics and change management.

For India, innovation and ICT are widely accepted as the key drivers for achieving inclusive growth, inclusive governance, inclusive economics and sustainable development. From, Self Help Group movement to micro credit/micro insurance; from financial literacy to no-frills accounts; from banking correspondent model to micro finance to ICT enablement and so on, Skoch has seen it, documented it all and bestowed some of them with Skoch Awards.

Skoch Awards come as a refreshing change with no sponsor driven agenda, neutrality and a time-tested process that can differentiate the winners from also-rans. Testimony to this is the list of distinguished Indians and organisations who have honored us by accepting our Awards.