Reforms, it is widely accepted, are driven by markets, which use competition and choice to drive efficiency. An issue of concern here is whether everyone in society is in a position to access those opportunities. More importantly, the question arises, whether markets, especially if liberalised, necessarily ensure competition, and does the latter enable one to balance short-term gains with more dynamic and longer-term goals of developing the markets. This is where the role of regulatory agencies comes in. Team Inclusion reports 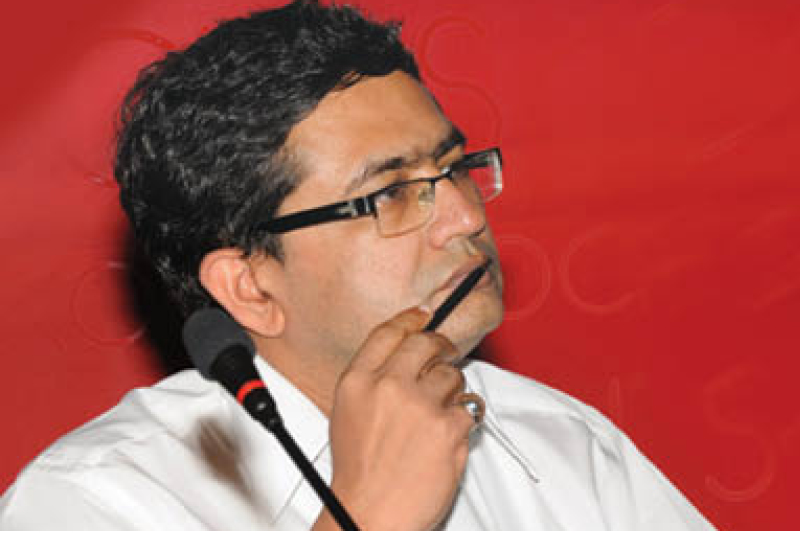 Access to finance at the grassroots level, particularly to the disadvantaged sections of society, continues to remain a mirage despite being on top of government’s agenda for equitable growth. This is even as growth in financial intermediation appears to have outstripped economic growth for several years now, reflecting increased financial deepening.

To reach a broader understanding of the role of regulatory bodies and increasing competition in the markets as a result of liberalisation and reforms, it is important to understand whether one should separate licensing from regulation. It is said that regulators have the responsibility of not only maintaining discipline in the markets, but also developing their structure, while licensing was seen as a tool for promoting the growth (or curtailing the growth) of individual sectors.

“Today technology has become a great enabler. Financing of the poor is a banking activity that could only be performed by the banks.”

Picking up on this issue specifically from the point of view of the commodity markets and exchanges, Rajesh Kumar Sinha, Executive Vice President, National Commodity & Derivatives Exchange, pointed out that while there were some regulatory procedures in place, there were none that could be termed applicable to the country as a whole. In fact, despite the excessive involvement of the government in controlling trade in commodities, the framework was more of a license-based one—a commission agent-based system or a tender-based system. According to him, this was primarily because the government was involved in the trade framework at the ground level rather than looking at the system as a whole. “Thus, today, the government of India is the key stakeholder in the country’s rice and wheat trade, with an almost 70 per cent share of all production. The scenario is similar when it comes to commodities like pulses and oilseeds. But despite this, prices appear to pick up their own momentum given the dynamics of a commission-based or tender-based system.”

Trying to separate the roles in a system seeking to ensure adequate supplies of foodgrains to those in need from one of being the provider in times of distress, like in cases of famines and floods, Bibek Debroy, Distinguished Fellow, Skoch Development Foundation, wondered how the government could redefine its role when it came to the procurement of different commodities. He interpreted this role of the government in indulging in active procurement of certain commodities—metals and energy included—as the propogation of a licensing and controls system that had little to do with how the market forces should play.

Bringing in the need for a fresh perspective in the way the commodity markets were developing, Ashok Kumar Agarwal, Founder & CEO, Globe Capital Group, said that when it came to social security, government involvement was a social need. But, when it came to opening up of the markets, it was time that the government sought to give a free hand to the economic forces now at work. “Consider, for example, procurements under the public distribution system (PDS). Quotas under the PDS at times have little co-relation to the states that need the commodity. Thus, wheat acquired in Punjab is first stored in that state and then transported to states, which have little need for such wheat, while others are denied the commodity because the PDS quota for these states has already been achieved.”

More importantly, Sinha reiterated that the commodity marketing mechanism needed a re-look. “This is because subsidies given to farmers appear to have a double effect. Grain acquired for the PDS is targeted at the most-needy while that for sale in the open market is for those who can afford it. But the farmer gets subsidies at both ends of the stream. Thus, the mandis (grain markets) charge a levy, a sales tax, apart from a host of other taxes before the common man is able to buy any grain. But the farmer, in this case, gets what is supposedly a market price despite having been subsidised earlier to produce the grain. An open market brings in transparency, efficiency and benefits everyone across the board.” Concurring with him, Agarwal pointed out that there were very few examples the world over where states have lost out on revenue because of reformed market structures. If anything, it has been to the contrary, the revenues of the state have increased.

Pointing out that this story of government intervention was not limited to just the commodity markets, Bibek Debroy seeks to widen the discussion, introducing the element of intervention by the government and the role it could play in creating uncompetitive markets, monopolistic regimes and public good. If regulation related to minimum support prices, he asks, where should one place any form of government procurement on the market pyramid, wondering if it should be just treated as another form of licensing.

Trying to differentiate between a tax, which was regulatory in nature and could be used for activities other than one from where it was collected, and a fee, which was just another form of licensing but specific to the purpose for which it was being collected, Rani Nair, Executive Director, PFRDA, said that most government actions have been determined by the priority of the situation. “Thus, if 1966 required us to look at the US for PL480 support, it was needed then; today if we (government) no longer own Modern Bakery, the situation is right.” When asked on how was it possible to ensure that a fee was being used specifically for the purpose for which it was being collected, Nair could only point to the legal window that the affected parties could use. But, she reiterated that the government had a primary role when it came to maintaining the social needs of its citizens.

Trying to broaden the discussion, Sunil Aggarwal, Corporate Consultant, IDBI Bank, said the issue on hand was that of trying to develop and deepen the various markets that exist in the country. “This will only be possible if we are able to introduce a fair amount of competition.” Picking up on the need for regulation, Nair sought to emphasise that the difference in regulation lay in “whether one was looking at a top-down approach, a bottoms-up approach or a widespread approach where everyone was entitled to his own self-regulation, with each looking at creating its own system of efficiency.”

To this Debroy sought to bring in the linkages between choice, competition and efficiency, highlighting how the government pricing system was creating an inefficient marketing structure in as much as it sought to come out with minimum support prices for certain commodities while seeking to exclude others. For Sinha, the answer to this lay in allowing the market forces to determine their buyers: the price is then what the people are willing to pay and not what the market wants them to pay.

Re-introducing the differences between the need for licensing and that for regulation, K Subramanian, Professor, IGNOU, was of the opinion that “regularisation is not needed where we want regulation, but regulation is needed where we want deregulation.” Agreeing with him, H R Dave, General Manager, NABARD, pointed out that it was time that we balanced the issues of regulation and development. “The classical dilemma of a regulator of balancing, facilitating growth and bringing in orderly growth is always going to remain whether one is in the food sector or whether one is in financial sector.” This role of a regulatory body, he said, is especially going to be important given the integration of various financial products, the overlap of financial products and the territories they are going to crisscross.

It was here that Anurag Gupta, President, Zero-Mass Foundation, pointed to the multiplicity of regulatory authorities in the financial inclusion sector which unlike the agriculture sector was yet to see a competitive market emerge. According to him, the multiplicity of regulations by such bodies do not appear to be converging, rather they take away from the basic aim of inclusion itself. This was a point that was reiterated by Paresh Rajde, Founder & Managing Director, Suvidhaa Infoserve, who said that the regulatory processes in the country did not appear to be accompanied by any structured plan even within the government machinery on empowering those sought to be targeted, be it the farmer, the poor people, the NREGA beneficiaries, or those who are yet to be empowered.

Emphasising that the entire regulatory process was about discipline and not control, Ashish Kumar Chauhan, Deputy Chief Executive Officer, Bombay Stock Exchange, indicated that today technology had become the great enabler. He was also of the opinion that financing of the poor was a banking activity that could only be performed by the banks.

Seeking to differentiate between regulation and licensing, R Nanda Kumar, Senior Vice President, National Stock Exchange, sought to link the former’s role primarily as that of an enforcement agency while that of the latter is ensuring that one is able to avail of certain services, albeit at a cost. According to him, the very purpose of regulation, particularly in the market space, was to ensure safety and integrity of the markets. It was here that he pointed to the dichotomy of roles that regulatory bodies were executing: “invariably, most of our regulators have to ensure orderliness of the market even as they have to promote the products and ensure development of the markets that they are regulating.”

It was here that C M Khurana, General Manager-Treasury, Oriental Bank of Commerce, pointed to scale of operations that were needed in a country like India. Picking on the micro-finance success of Bangladesh, he pointed out that it must be remembered that Bangladesh still covered an area that was less than what Uttar Pradesh occupies. “Here we have 20 times larger population, 20 times larger problems and an area that needs a different ground perspective.”

It was clear that tighter regulation and lesser licensing markets were needed if the government was to ensure increased participation of business entities in promoting equitable growth. Further, the opening up of the markets has to be a graded process, preventing distortion of the price discovery system or the integrity of the process.