For a Safer Smarter Future

In the recent years, specifically the last decade, India has grown to become one of the most talked about topics in the world. Be it development, inclusion in the UN Security Council, the G-8 group or that of becoming a world leader in the near future, India is right there. But how do we Indians feel about it? Is it just chalk and talk; or is there something formidable being done to substantiate all these expectations? And where do we stand? A reports by Team Inclusion 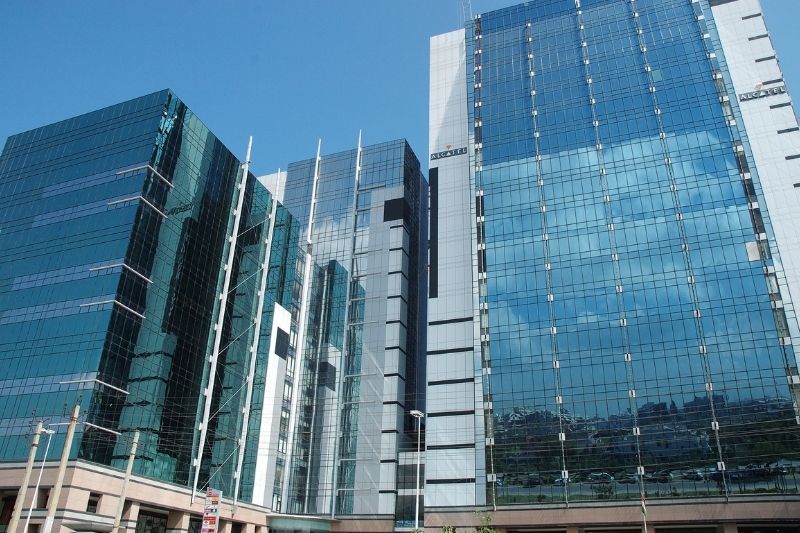 Our cities still have masses complaining about the illstate of affairs. It takes a developed country’s leader or a global event to spruce up and clean the city to make it look good to the world. But is it sustainable? How long can we go on like this? Do we have an answer for Indian cities to be in a better condition? The concept of ‘Smart Cities, Safe Cities’ ventures to offer some hope.

So is the concept a real one? Is it achievable? “As a urban professional I am extremely happy to know that finally as India we have accepted that smart, safe and efficient urban India is necessary to meet our objectives of economic development and providing jobs for the millions,” notes Chetan Vaidya, Director, National Institute of Urban Affairs.
So what are the major problems that a city needs to overcome and what are the major steps that it needs to take to become a ‘Smart city, Safe city?’ The answers are varied and different. What is important is the realisation that urban India is not one cohesive entity. First there are highly urbanised states like Maharashtra, Gujarat, Tamil Nadu, AP, and Karnataka. Then there are states like North East, J&K, Uttarakhand, Bihar where urbanization is yet to reach a certain level and that has a lag of 15-20 years or so. In between are states like Madhya Pradesh, Orissa, Punjab, UP which are fast catching up because of JNNURM and 13th Finance Commission recommendations.

So the difference is quite reflective not just in the democratic but also the executive and the government makeup. And this cannot be avoided as they are the channels for bringing in any kind of change. Despite having said this, the basic requirements of any city in the world remains same. So what does a smart city have? “A smart city or an intelligent city or an internet city as it is variously known as a platform to provide services to the public, a citizen centric network is something which will benefit the government, the general citizens as well as the businesses which are involved in the whole process,” says Sepuri Suresh Kumar, Joint Secretary, Ministry of Home Affairs.

“Essentially what we plan to do is catch up with some of the major cities in USA and London also in terms of technology and in terms of application, in terms of the latest possible things so that we can in fact jump-start – we might have started late but then nevertheless we should be able to go ahead and do something smart and fast,” he added.

“Citizens now have a way of accessing the data online. I need not ask someone who speaks a different language how to get to Nasik. I can simply go to GPS on my handlehd; punch in that city and I can reach that site using the service that is available. So, we can have such services for the citizens which are easier and simpler to understand.”

The idea actually has been that one of the principal reason for economic growth is that a safe and a secure environment is to be created to enable all these business processes to happen. Says Kumar, “there have been lots of models also about how a safe city needs to work. In fact we made a beginning with Delhi. Delhi is now of course in the process of going in for the Commonwealth Games in October. But apart from Delhi, Mumbai and Kolkata have the potential to become the country’s first safe and smart cities.”

Truly speaking a smart and safe city would have excellent amenities for its citizens, quality education for children, sufficient and comfortable housing and infrastructure, supply of proper healthcare and other facilities and of course, a system that could provide sustenance to the growth and security of the city. “Not only this, it will also be the city that is going to live for all our future generations,” points out Swadheen Kshatriya, Commissioner, Municipal Corporation of Greater Mumbai. “It will be a city of tremendous opportunities – one that can not only reap the benefits of but also contribute to liberalization, by the process of globalization and the rapid growth of the economy.”

Having said that there is potential in our cities to rise up to that of world-class standards of international cities where most of these visions have been implemented in material, we must also have an eye on things that need a check. Says N V C Menon, Member, National Disaster Management Authority (NDMA), “if you look at Mumbai, the population of Mumbai is larger than the population of 150 countries in the world and the population of Mumbai is larger than the population of 17 States in the country.” This makes things difficult as provision of facilities cannot be distributed uniformly among the citizens, as Kumar rightly says, “The idea of a better future is not limited to one business district or the commercial district of the city but uniformally to all its citizens”

“Basic to this whole concept of smart cities and safe cities is the need to overcome the anonymity of the people who live or work in the city. The anonymity is arising mainly because all growing cities offer opportunities that encourage widespread migration,” said Menon. The UID scheme perhaps may be in a position to solve this problem in times to come, he added.

But the work does not end there. Several more areas need to be addressed. Kshatriya points out, “Seamless travel is something which we are not even discussing in major cities now. Whether roads or railways, we still work in isolation, and have not thought of water transport. All modes of transport finally have to integrate. A small example is that we cannot even introduce a ticket which is universally valid in any public transport or valid even in adjoining states.”

Another aspect in discussion is the safety of these future cities. Safety, one must understand has to be maintained in all respects. One is a danger which is posed by natural disasters, floods, earthquakes, fire, epidemics and there is a manmade disaster like a terrorist or a robber, explains Kshatriya. Then there is the problem of urban decay. Large number of buildings are getting dilapidated; they are getting into the category of becoming dangerous for human habitation – hundreds and hundreds of buildings.

Nitin Gokarn, Director – JNNURM, Ministry of Urban Development says that fundamental amenities in the urban areas are poor and ignored. “Systems are old, degraded and they are inefficiently run.” Gokarn also reminded that the development and safety has also to be regarded from the eco-system perspective. “The existing systems have developed inertia. They need to be changed; but they cannot be changed in one shot by implementing one electronic government project. A sustainable business process re-engineering exercise is the only answer,” says Prakash Rane, MD, ABM Knowledgeware.

The tracks are being laid down to push India into a new phase of growth and bring its cities into the ranks of the leading centres around the globe. How long, does it take that to realize and how efficiently it is done, is a question many may ask, but speed will remain the key.

For this to register improvement, the governing bodies at the municipality, state and higher levels have to be made more accountable. Even so, the lower levels of administration has to work responsibly and this can only be a result of the strict check from the levels above. A major step in moving towards its achievement would be the integration and clubbing of the administration. Experts favour a re-look at the 74th Constitutional Amendment and also the Twelfth Schedule which provides what kind of activities could be taken by urban local bodies. It has been left to the state government to decide that and this is something that needs to be reviewed by the nation as a whole. People are ready to pay more for the services than what they were willing to pay years ago. But there is neither the willingness nor capacity to charge because once you charge you have to be accountable and that is something our urban sector largely is not ready for, cautions Vaidya.

With improved municipal accounting and improved urban governance the goal is achievable. In fact, there have already been some developments made in the regard to facilitate better urban centres in the country. “We are in the fifth year of its JNNURM. It is probably the most ambitious programme to have been ever launched in the Indian urban space and if you look at globally in terms of funding it is probably the largest government funded urban sector programme anywhere in the world,” informs Gokarn.

Major cities of the world have been upgraded to the latest technological aides extended to the citizens. Cities are made wi-fi active and GPS has been activated to ensure the needs of the citizens are catered to. It is told that the Tower of London has a twitter account. So if one has a problem while near the landmark and one cannot access the Internet station; one can easily log in and leave a complaint on the twitter account of the Tower of London, which is immediately rectified. The cities now need to leverage alternative technologies and social networking tools powered by Internet.

Prashant Advani, Sr Solutions Manager, VMWare, says, “the priorities have changed; this year virtualization is number one, cloud computing being number two across all sectors and as I said citizens now have a way of accessing the data online. I need not ask someone who speaks a different language how to get to Nasik. I can simply go to GPS on my handlehd; punch in that city and I can reach that site using the service that is available. So, we can have such services for the citizens which are easier and simpler to understand.”

The tracks are being laid down to push India into a new phase of growth and bring its cities into the ranks of the leading centres around the globe. How long, does it take that to realize and how efficiently it is done, is a question many may ask, but speed will remain the key.