K. Ashwathanarayana, a primary school drop out, transformed himself from an ordinary farmer to a high tech agriculturist only because of timely availability of finances and institutional support. He approached Bank of India; branch officials gave him an idea about benefits of floriculture under controlled conditions. Being convinced about the benefits and better prospect he took term loan of Rs 200,000 to start the project. Today, flowers grown at his nursery are selling under the brand name of ‘N N Farms’ from Kolkata to Kerala markets. 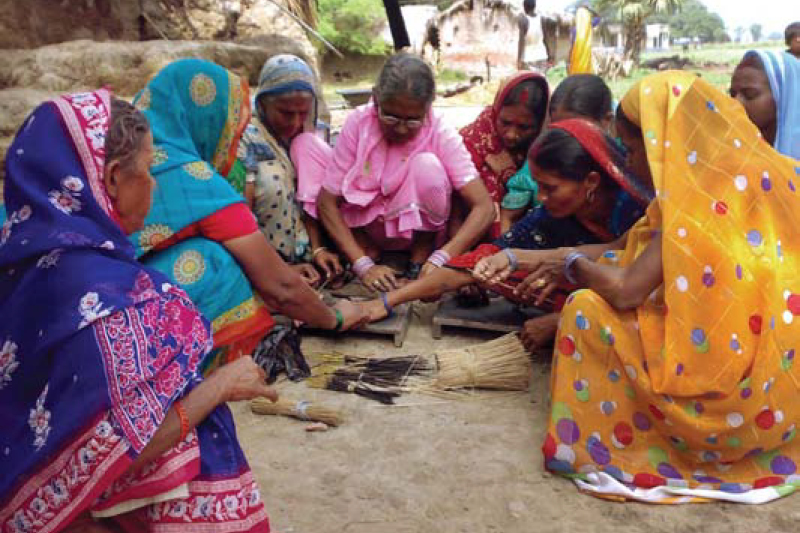 Once a small Nursing Home has now become “Surya Medical Hospital & Research Centre”. Indu Singh of Varanasi, Uttar Pradesh, was supported by Bank of India in her endeavour to establish Infertility and in-uitro fertilization (IUF) at Varanasi; today it is the only such centre available to the whole of Eastern Uttar Pradesh. As she plans to expand her hospital, Bank of India will continue to partner with her. Indu Singh’s success is a perfect example of Women Empowerment as well as Entrepreneurship.

Bank’s “Star Educational Loan Scheme” has enabled son of a labourer from a tiny remote village in the Ratnagiri to pursue his dream of higher education. Santosh S Naik was born in a family struggling to earn its living. Education remained luxury for them; Santosh’s father could only manage to fund his education upto 10th. His expenses for 11th and 12th were volunteered by a local journalist who spotted his talent. After finishing high school, Santosh approached Maruti Mandir Branch of Bank of India for an education loan. He got a loan of Rs 63,000 to pursue Bachelor’s Degree in Civil Engineering from Tatayasaheb Kore College of Engineering and Technology, Kolhapur.  He secured admission under merit and is now working at Mumbai, leading a comfortable life with his family.

Success stories like these and many more were born in the minds of individuals which were then nourished by Bank of India. This exhibits Bank’s consent to the speedy social and financial inclusion of all in the society.

In its centenary year, 2006, Bank of India adopted 128 villages across the country to enable masses realize their true potential. Agriculture, Women Empowerment and Education, remained focus areas. Bank started E-enabled Financial Inclusion Scheme like ‘Star Abhilasha’ to extend banking services to the unbanked through issuance of biometric smart cards and Rural Sanitation Scheme (Nirmal Gram Yojana) for construction of low cost toilets in the rural areas. Initiatives like these and many have been taken by Bank of India for inclusive growth of all in the society.

Chintala Venkata Reddy of Kunderapally village, Ranga Reddy District, Andhra Pradesh is associated with the Bank for more than 20 years. He is an innovative progressive farmer who has been recognized all over the world for his innovative process that improves nutrient contents and soil fertility without use of chemical fertilizers. It is done by replacing the upper layer of the farm soil by virgin soil collected from the other areas mixed with organic manures. This eco-friendly technique has not only reduced cost of cultivation but also resulted in the highest yield of Paddy @ 10.31 tonnes per hectare of BPT 5204 variety and @ 5.6 tonnes per hectare of wheat (Lok 1 variety) against the average yield of paddy at 5-6.5 tonnes per hectare and 2.5-3 tonnes per hectare of wheat.

Reddy has applied for a global patent. Bank of India has also sanctioned limits for registration fee and other expenses related to the patent.

Reddy’s work is an inspiration for farmers across the country, says eminent agricultural scientist M.S. Swaminathan “such methods will influence other farmers to get higher yields”.

For Ganapatrao Appasaheb Patil his 30 year old association with the Bank has been very fruitful. He started with a grape garden in 0.70 hectare but now he has replaced it with a hi-tech agricultural project, which he financed from Bank of India’s Jayasingpur Branch, Kolhapur Zone. He cultivates 45 varieties of Gerbera, 12 varieties of Dutch Roses at his Shreevardhan Bio-Tech farm at Shirol Taluka of Kolhapur District. He exports Roses to various countries including Japan.

Green house at his farm is equipped with automatic computerised fertigation unit with Drip Irrigation supported by chain of cold storages and Reefer vans. His farm is a perfect amalgamation of local skills and material with imported technology. This has resulted in reducing the project cost.

Women Empowerment is another area of focus for Bank of India. Bank is supporting as well encouraging women to come forward and take the role of leadership in the society; whether it is through formation of Self Help Groups (SHGs) or Entrepreneurship.

Kolhapur Zone’s Yelavi Branch has a SHG account in the name of Prabhu Parameshwar Mahila Bachat Gat  formed in the year 2005. Since then group is doing satisfactory banking. During 2008 Group has taken Agricultural Crop Loan for land taken on lease basis. Based on their good track record, Bank sanctioned loan of Rs 150,000 to take up cultivation in a big way.

Similarly, Hinganghat Branch of Nagpur Zone-I has SHG formed by 13 women from the village called Kajalsara , named as Indira Mahila Bachat Group. Group started with depositing Rs 50 and an amount of Rs 650 was deposited with Hinghanghat branch of Bank of India. Today, group can obtain subsidy from NABARD to the extent of Rs 10,000. Following example of this group, eight more such SHGs have emerged on the same lines.

Indira Mahila Bachat Group has now also started trading in soyabeans and their loan application of Rs 2,55,000 was sanctioned by the Bank of India. Also their children are able to pursue dream of higher education by getting loan from the group. Lately, group has also diversified their activity by purchasing 22 acres of land on lease to cultivate different varieties of fruits and flowers to be sold in the retail market.

Bank of India has also organized the Entrepreneurship development Program for the Madhubani Painting artists. This program aimed to identify artist in northern Bihar, train them, provide financial assistance through “Star Mithila Credit Card” with a revolving credit limit of Rs 25,000 and provisions of market support . Today women paint figures from nature and myth with organic colours to mark the seasonal festivals of the religious year, preparing intricately designed paintings. Bank of India’s Patna Zone has taken initiatives to nurture, develop and promote this form of art by associating with voluntary organizations and other government institutions.

Sanitation is another area on which Bank has given lot of emphasis. Under its Rural Sanitation Scheme, Nirmal Gram Yojana, the objective is to promote rural sanitation. To eliminate open defecation and encourage healthy life style, bank has prepared two models costing Rs 5,000 and Rs 6,500 each and sanctioned loans to more than 25,000 rural households for construction to ensure 100 per cent sanitation in 312 villages in the state of Maharashtra.

The bank is creating self-reliant villages through integrated development and people’s participation assisted by voluntary agencies. Over 135 villages in 17 states and 78 districts have already been covered. As much as Rs 2.8 billion has been disbursed in over 30,000 accounts.

“In depth understanding of socio-economic situation in a given spatial setting has helped bank to understand its people. Bank of India’s involvement with its customers has helped them to grow their businesses; fruits of which are also shared by social sector. The bank has remained committed to the social responsibility and made it an integral part of the mission to fulfil its larger goal of serving the nation and the society,” says its Executive Director, M Narendra.