The challenge is one of integrating performance management with the normal systems of accountability. While the Right to Information Act is the key to both governance reforms and capacity building, the NeGP seeks to put the IT infrastructure in place. 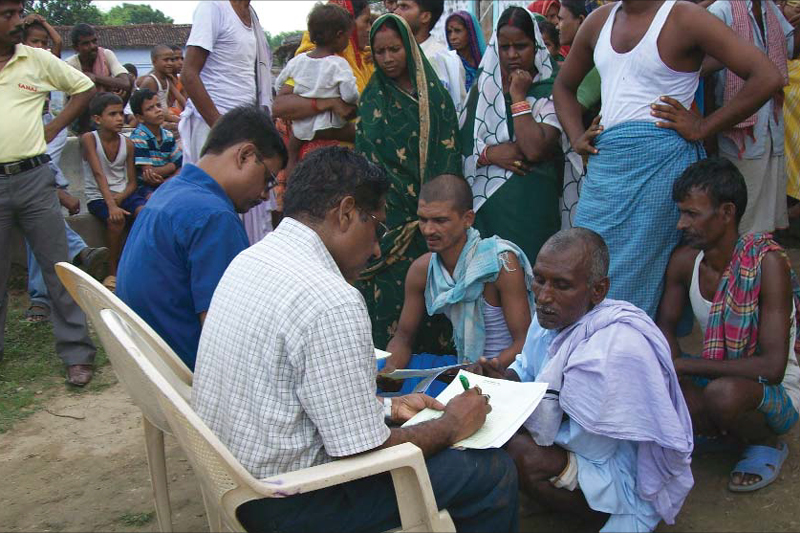 The challenge is one of integrating performance management with the normal systems of accountability. While the Right to Information Act is the key to both governance reforms and capacity building, the NeGP seeks to put the IT infrastructure in place.

Reforms in governance are under sharp focus in India today.  It’s been attempted for a long time, but today there is an increasing realisation that the induction of technology in the government affords a huge opportunity to rethink the entire structure of the government as well as to bring in a certain level of facilitation of citizens as well as the government itself for its own internal working. In general, these reforms aim at bringing transparency in governance by giving easy access to information and by cutting the red tape. But, it is not so easy as it sounds. Transparency means a more open government and access to information means making people a part of the process of governance, in other words capacity building. And to achieve this, there has to be a political and bureaucratic will to go ahead with these reforms and implement them in all sincerity.

But, R. Sekhar, Director – Solution Enablement, SAP, points out that e-governance activities have been going on for the last almost a decade.” “The purpose of e-governance”, he says, “is to render services to the common citizen it is the objective, but is not just for the common citizen.  It is also to improve the internal efficiency of the government institutions or agencies or organisations.”

Right to Information Act is the key to both governance reforms and capacity building.  The promulgation of this Act has brought in open to a large extent the inadequacies of the government’s functioning and its system. There is a school of thought that says that there should less of the government in more of the governance processes. There may be many positives to this thought but the fact remains that in a country as diverse and huge as India, the government is and will be at the heart of most economic, social, scientific and administrative decisions and progress that is going to happen in the country. At the same time, those serving in the government must realise that they are not masters but servants of the people.

Information technology is at the heart of the Right to Information Act.  Section 4(i)(a) says: Every public authority shall maintain all its records duly catalogued and indexed in a manner and form which facilitates to Right to Information under this Act. It may now go on from there and ensure that all records that are appropriate to be computerised are within a reasonable time and subject to availability of resources computerised and connected through a network all over the country on different systems so that access to such records is facilitated.

Section 4(i)(b) lists all those items which are supposed to be disclosed suo-moto by government, and to acquire which at the present time it takes years for people to actually get to know.  According to Section 4(i)(c), all relevant facts have to be published while formulating important policies or announcing the decisions which affect the public and (according to Section 4(i)(d)) provide reasons administrative or quasi judicial decisions to affected persons.  All this is supposed to be known to the public.  You don’t have to go to the government office to get this information. This is supposed to be suo-moto disclosure, and all this is not going to be possible without the instruments of information technology.

Another important challenge is to enhance public services delivery wherein it is important to focus on performance management.  This means having a well-oiled system of planning, reporting and controls, and also monitoring and evaluation.  In this regard, flexibility in management becomes important.

As Rahul Sarin, Secretary, Department of Personnel and Training, said recently, “The challenge is how to balance flexibility with control; to integrate performance management with the normal systems of accountability? We need to modernise the systems. There is a movement from a pre-system to a post-control accountability arrangement. For this stronger internal control mechanisms are needed. Can we move from looking at transactions to processes to verifying transactions and to move to controlling processes?” Again, IT has a major role to play in this.

E-governance has the power to address many of these challenges and provide solutions. The kernel on which e-Governance works is the understanding that unless you transform the process in such a manner that can derive the best advantage of technology, it’s not going to have the expected benefit.  To do this, the first step taken was to get everybody to agree on the outcome — outcomes can be much easily defined because what a citizen expects is better understood and it is less liable to change. Management styles can change and so can peoples’ opinions, but what a citizen wants in terms of less hassles, ease, convenience, etc., are pretty constant. Even if they do change, it is over a very long period of time. “We need to have a system of feedback and feed-forward — feedback for control, mid-course corrections and feed-forward for early warning system,” points out Sarin.

This means that technology induction has to be more transformation related rather than being a blind application.  Under the National e-Governance Plan (NeGP), the focus is on achieving this transformation through Public-Private Partnerships (PPPs). But, certain minimum capability has to be built inside the government so that it is able to tap the skills available outside and be able to interact with that.  Under the NeGP, the Union Government has approved a capacity building programme worth Rs 3.13 billion that is primarily intended to address these deficiencies and to build the capacities inside the government to be able to bring in private sector capability both for project implementation and consulting in an orderly manner.

The capacity building is not just about people and skills but also concerns the institutional format and structure. Under the Sixth Pay Commission the government has taken a huge step which has far-reaching implications of taking professionals on contract at market wages. It is definitely a huge boost to building these capacities.

R Chandrashekhar, Special Secretary, DIT, recounts from experience: “There are a whole set of skills that are needed which are not ordinarily present in the government. For example, to translate a desirable outcome which can be stated in layman’s term into something which can be quantified; to translate that into a kind of a service agreement to structure a public-private partnership, which is intended to deliver this service level; to manage a big process in which a private partner is inducted to guarantee the deliver of that service level and get paid only when those service levels are reached; and to do so in a technically, commercially and legally sound manner obviously does call for a fairly high degree of skills. You may say that there are lots of consultants outside who do this job, but that is not a substitute for having some skills inside the government to understand to how to deal with them.”

Clearly, a certain minimum capability has to be built inside the government notwithstand-ing the wealth of capability outside to at least be able to tap that, to be able to interact with and get the right outcomes from it.

Currently, 21 mission mode projects are being executed, apart from programmes at the State level and local bodies’ level where there is a conscious effort to move the process on the IT platform. Also there is a requirement to have a capacity building at the programme impleme-ntation level. It can be in the form of workshops or training programmes. This is important because once the project is completed then it is owned and executed by people at the ground level. This is needed to sustain whatever the project has delivered.  In this regard, ‘change management’ is an important aspect which has to be considered while building capacity and delivering services through e-governance programmes.

Many training sessions are underway, like the one shown in the picture. Feedback from the ground reveals that training needs to be more focused, and definitely more inspirational. For else, good governance will remain merely on paper and not translate at the level of service delivery.

A related issue is that of transparency.   Here, e-governance is already showing some results with corruption levels dipping in certain areas. After all, the concept of good governance is much larger than mere administrative reforms in the conventional sense. In fact, good governance has much to do with the ethical grounding of governance and must be evaluated with reference to specific norms and objectives as may be laid down. It must look at official functioning from the point of view of its stakeholders,  beneficiaries and customers i.e, citizens.