Maharashtra has made significant progress in strengthening production and distribution network of power sector in the past four years. While the state is on course to ensure uninterrupted supply of power, huge subsidies and under collection from agriculture sector pose big challenges, writes Team Inclusion 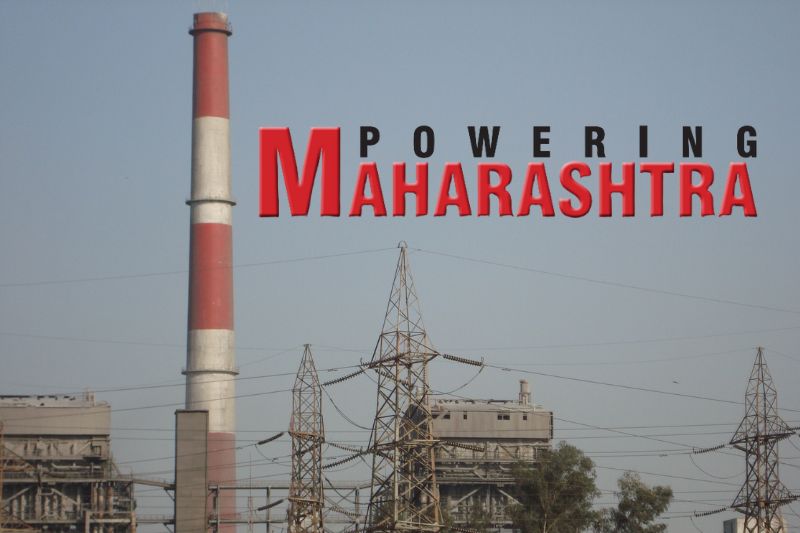 Maharashtra is one of the biggest producers and consumers of electricity in the country and with that badge of honour comes its own challenges. The state which houses 9 per cent population of the country was marred with outages, low supply and demand mismatch four years ago when the Devendra Fadnavis-led government stormed into power.

After four years of reforms and on-ground work by the government as well as the state power utilities and discoms, things are looking up. But first, let’s take a look at the background of the major issues impacting the power sector in the state.

The utilities in Mumbai had achieved 100 per cent electrification and supplied power 24X7 to their consumers towards the end of 2016. Meanwhile, the whole state has been electrified and all commercial, industrial as well as residential consumers get 24X7 power barring a few developing pockets. Agriculture consumers too get 8-10 hours of power, as prescribed by the power regulator.

The state consumed a peak power supply of 25,000 MW in October 2018, setting a new record. In terms of reforms, it started separating agricultural feeders almost 10 years ago and it is a capital intensive process which continues to get investment from the government and other parties. Now, that process is almost 90 per cent complete, according to the power secretary.

MSEDCL supplies electricity to a large number of consumers across all categories in the state – some 25 million consumers.

Out of these consumers, consumption is skewed towards industrial consumers with 42 per cent of electricity being consumed by them, residential take 19.03 per cent, commercial take 7.35 per cent and agriculture takes 25.13 per cent while others are at 6.49 per cent.

Maharashtra generates its power from thermal, hydro, gas and non-conventional renewable sources like solar, wind, biogas etc. By 2015-16, Maharashtra’s energy mix had a projected net renewable addition of 535 MW in the next five years. Out of this wind accounted for 300 MW while another 100 MW came from industrial waste generated electricity.

To this end, Maharashtra Energy Development Agency is working tirelessly as it looks after the development of renewable energy and facilitates energy conservation in the state.

Due to long term certainty provided by predictable policy and regulatory framework, the state has been able to develop high installed capacity based on renewable energy sources, particularly wind energy. Also, MAHAGENCO remains the only state utility which has a comprehensive well-balanced portfolio involving diverse energy means including thermal, hydel and gas stations.

However, thermal power constitutes a major share in the state’s energy mix. An interesting bit about Maharashtra is that the state has functional PPAs with the likes of NTPC but it also chooses to buy power when it’s cheaper in the open market.

“Our power purchase cost has gradually come down. Whatever is decided by the regulator, we are purchasing at a price less than that. We are effectively using the market. When the power is cheap in the market, we enter and when it’s expensive, we purchase from our own sources,” said Sanjeev Kumar, Chairman and Managing Director, Maharashtra State Electricity Distribution Company Ltd.

Using this strategy, Maharashtra managed to save a lot on the power cost. An analysis done in 2017 showed that the figure of money saved through these efforts stood at R1,800-2,000 crore.

The financial position of MSEDCL has been precarious in the last few years, primarily due to factors such as bad collection efficiency and mounting bad debts. However, the utility turned around last year and generated profit.

The state discom inherited a big T&D loss figure upwards of 17 per cent in 2014 which has now come down to 13.9 per cent marking an achievement that the state government can be proud of. These losses were reduced by proliferation of Information Technology in the discom and use of IoT methods to check losses and introduce preventive maintenance of the network infrastructure.

The losses are still double as compared to the average of 7 per cent observed in western countries but considering India’s theft levels the achievement shines brighter.

One of the ways the reinvention of the age old distribution company came about is through IT proliferation and use of data analytics. To shed light on this, Kumar told SKOCH that there’s a state-of-the-art call centre through which people can log their grievances and seek support. Additionally, the discom makes use of Twitter, WhatsApp and other social media platforms to disseminate timely information and resolves consumer complaints which are not just about billing disputes but about network issues too.

Similarly, the company has been using SMS intensively to make sure that its consumers are always informed and satisfied. For instance, more than 95 per cent of consumers’ mobile phone data was collected in the last two years. This allows them to solve even complicated problems such as billing disputes when consumers claim that their reading was taken without visiting their place.

The company provided all reading takers with an app that allowed them to log the time, reading and location on the servers in real-time. The server then triangulates that with longitude and latitude information on the log to figure if the person actually visited the consumer’s premises or not.

Similarly, SMS’ are sent once the reading is logged asking consumers if there’s a dispute. More SMSes are sent for payments and in rural areas, SMSes are sent telling consumers about the reason for a power cut and the time it will take to restore power. It brought down the number of calls at the call center from hundreds to just a few.

Using IT to drive change

An interesting way to solve the T&D losses problem through IT was starting up of energy accounting in the state discom. Energy accounting essentially means using real-time data and analytics tool to find out where the energy is going and how much is being billed. The business of power distribution has undergone a change in outlook from the management and it is now treated as any other business of retail procurement and supply.

Every minute, the top brass knows how much energy is being billed and then everyone else in the company is working to find out where the rest of the energy went which keeps a check on the losses. The savings in T&D through just this process was somewhere around R3,000-4,000 crore as per last year’s data provided by the state government.

Kumar further stated that he interacts with field officers third Monday of each month through video conferencing. All operators, line-men and employees from the 80,000 people strong company are welcome to join this call while the top management answers people’s questions. It is in this interaction that change management takes place, employees provide feedback and suggestions while the management responds and tells them what happened to their suggestions and if they were implemented or not.

This thrust on IT is reflected not just in consumer services where use of social media and technology is being taken up but also in day to day activities of the company. Entire working of the company is available on an ERP system to the top management every single day. Meetings have been made paperless and everyone’s encouraged to log their requirements, progress, problems and updates online on the system.

Emphasising how this change will be difficult to get rid of, Kumar said: “All employees up to the SDO level are told that even if your senior asks you to get a printout of something for a meeting, you can say no. I am forcing them to rely entirely on the IT system. No material is purchased until or unless the shortage is shown on my ERP. I am forcing them sometimes ruthlessly, I must admit, to discard away the earlier practice of using paper. When you become habituated to a certain thing, convenience of that is very difficult to leave.”

While things have started looking up for Maharashtra power sector, there are challenges on the road to prosperity which the state utility will do well to take up. The foremost challenge is in collection efficiency from agricultural consumers.

T&D losses need to be brought down further in line with other states such as Gujarat, Madhya Pradesh, Andhra Pradesh, Tamil Nadu and Karnataka. This is in addition to the challenge of providing uninterrupted continuous supply of power which gets destroyed sometimes when wind speeds are high during the monsoon season in the state. To this end, the power utility is looking to go underground in its wiring and network infrastructure to cut losses but that’s a big investment and requires time to be completed.

Furthermore, the state is not looking for any fresh PPAs as of now as it is running below potential due to continued coal shortage nationwide. The challenge will be to balance this shortage of coal with rising demand.

There are ongoing projects too which need to be completed such as substation monitoring and GIS mapping of the entire network.

The wind capacity currently stands at 4500 MW, gas at 2000 MW and significant investments are coming up from the private sector as Maharashtra is betting big on renewables. But it needs to figure out how to integrate those in the grid for better time-of-the-day management considering solar and wind power.

Even with these challenges, there are things moving on the ground and the puzzle should solve itself in the next five years, according to the state government officials. In terms of long-term plans, the state plans to move to supercritical technology. It plans to move to more renewables especially in solar and wind energy. Moreover, it is planning to use smart grids and AI in distribution while also taking care of new modern technologies in transmission to check losses.

With elections around the corner, SKOCH Group, India's topmost independent think-tank for socio-economic issues with a focus on inclusive growth, today organized 54th SKOCH Summit on the state of Power,...