Village based entrepreneurs are changing the face of the Digital India movement by increasing the scope of inclusion and service provisioning. The easier and wider accessibility enables a wider outreach, a report by Team INCLUSION 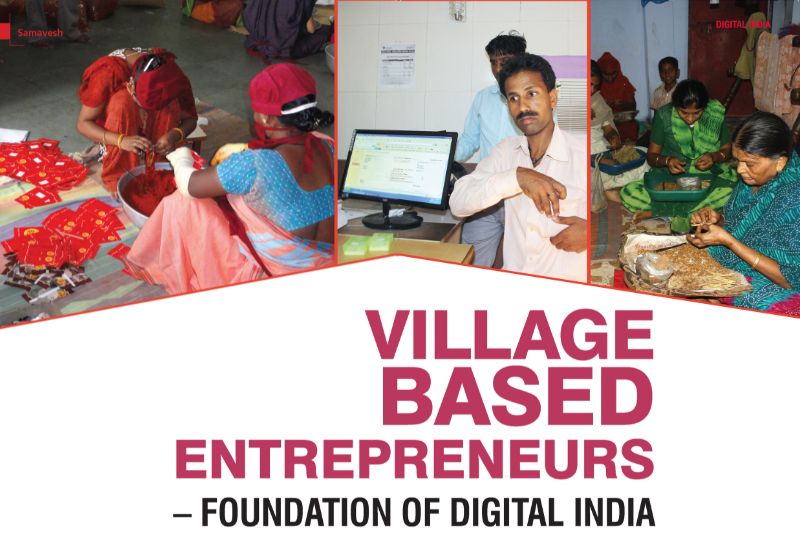 Dayanand Prasad is a middle-aged man from Nalanda, Bihar. He suffers from Polio but his handicap did not prevent him from becoming a Village Level Entrepreneur (VLE) under the CSC Scheme and enrolling as many as 35,000 people for the UIDAI. He is not the only one, an ordinary citizen of India, making a difference to the country by acting as a facilitator to the transformation of the rural India. Rural India supports as much as 68.8 per cent of the total population. Mahatma Gandhi saw the future of India in the villages. He believed that the cities would never be able to accommodate the burgeoning population in a dignified manner. He idealised diverse self-governing communities in rural landscapes. Prime Minister Narendra Modi is no different. He envisions India as a global superpower and aims to empower the villages to help support the dream of a digital and empowered India.

In May 2006, Common Service Centres (CSC) scheme was launched as a strategic cornerstone of the National e-Governance Plan (NeGP) to introduce e-Governance on a massive scale. The scheme offers web-enabled e-Governance services in rural areas, which will be facilitated by VLEs, which have become central to the scheme because of their entrepreneurial traits, strong social commitment as well as respect within the community. They enable dissipation of information among rural individuals, which holds the key to stimulate economic growth, capacity building and provision of livelihood and empowerment of the poor and marginalised sections of the society. There are nearly 2.3 lakh VLEs operating across India. Many people remain unaware of their efforts to facilitate technological transformation and unify the urban-rural information divide, but SKOCH Group, a Gurgaon-based policy think-tank endeavours to mainstream the achievements of such VLEs that have made a difference to rural e-commerce as well as delivery of government services.

During last six months, SKOCH has organised several workshops for capacity building of such VLEs at New Delhi and Mumbai. Nearly 250 VLEs were hand picked from across the country via a rigorous selection procedure to be invited to go through the programme and also acknowledge their contributions. Some of them were also conferred the SKOCH Award for having done exemplary work not only in serving the community but also creation of additional employment opportunities for the village youth.

Most of them came out of their village for the first time. City culture and heritage tour was part of the their capacity building and awareness programme. Their queries were answered and business and operational hurdles were understood so that these could be attended to by the relevant stakeholders at an appropriate opportunity.

They shared their experiences with the tasks they have undertaken as agents to deliver government services. Harita Deore, a VLE from Nashik works with food licensing department. She voiced the difficulties she faced in convincing small vendors and hawkers about the necessity of the license as they are unable to gauge the importance of such licensing. Ramshida T C from Kerala said, “My problem is not the intricacies of various services including licenses, government services or financial transactions but lack of technical support to understand the working of latest software and its updates. It hampers my business.”

The capacity building session that was organised by SKOCH in association with BSE-IPF and YES Bank focused on alternatives apart from banking that included, mutual funds, Systematic Investment Plans (SIP), Gold Bonds and Gold ETFs.

While the VLEs are spurring rural e-commerce, all is not rosy with their business. Many had concerns regarding digital payments and had as much as a million rupees stuck in the pipe. Lack of literacy and awareness at the grassroots level is a major stumbling block in proliferation of services. Many do not have Aadhaar and several others do not have PAN. Linking of PAN, bank accounts and Aadhaar also becomes a hassle as in some cases the names do not match. This has also led to wrongful linking of bank accounts and people have suffered.

Mahatma Gandhi had once said, “Be the change you wish to see in the world.” A village based entrepreneur embodies this statement while acting as a transforming force to change the rural India and integrate it into the growth process of the country and also inspire many others to take up similar initiatives to support the government’s efforts to provide easier and wider accessibility of services to each individual of the country. A digital integration of the nation requires a transformation at the grassroots level and VLEs act as the agents of this transformation.

Supporting their services and providing better assistance along with technical training and support is essential to help them in their endeavour to assist the government and to enable and empower them to provide better services. The inclusion of rural India into the partly-digitised urban society is a step towards societal integration that remains essential to form a united entity to grow and develop, while reaping fruits of industrial revolution. It is only when the micro-agents organise themselves to play their role, can the macro-miracle for a Digital India be witnessed. 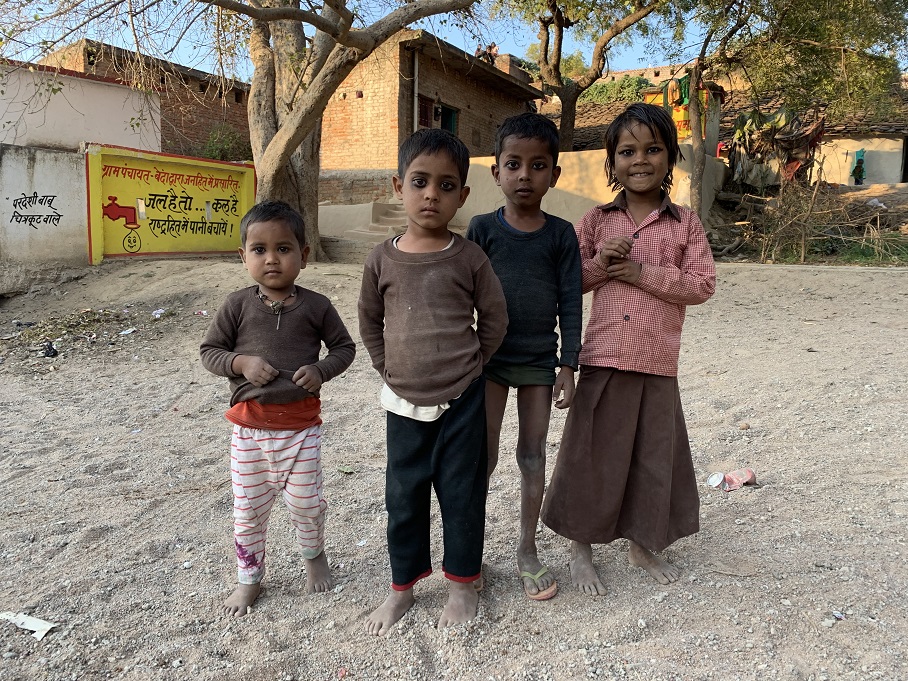 SKOCH Team of experts went on a field visit to the district in February 2020 for an impact assessment and governance evaluation. It was found that most of the projects...