Technology: Link Between Inclusion and Growth

What are the potential technology areas which we need to exploit to promote financial inclusion and the impact that their use can have on overall growth? The answer to this question, as experts say, is in putting in place right interface to take technology to the common man. A report by Team Inclusion 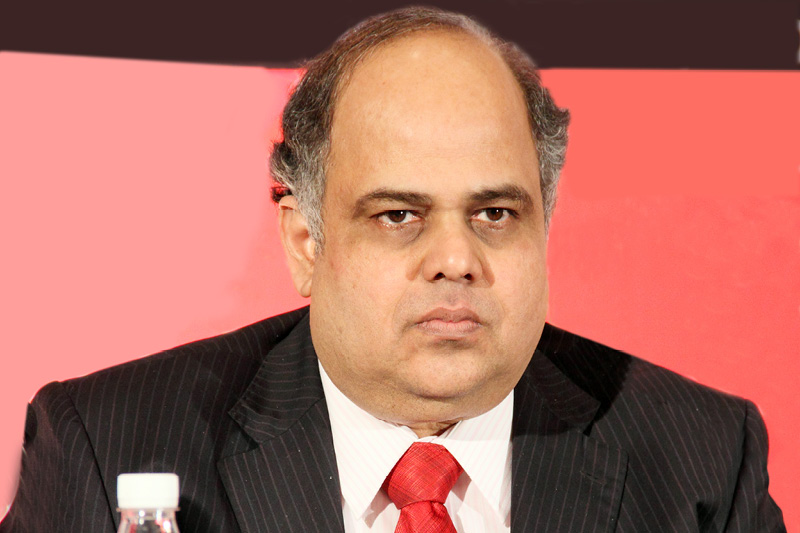 While industry stalwarts and financial experts are clear that the technology exists, the challenge is to exploit it and use it more appropriately. For them, the issues that need attention are last-mile connectivity, local language computability, the right data analytics and leveraging technology to promote inclusive growth.

As Bhaskar Pramanik, Chairman, Microsoft Corporation (India), puts it, “We need to be very clear what problem we are solving and which technology we want to adopt.” According to him, there are four key technology trends which could have a huge impact not just on inclusion but also on growth. These are rising development opportunities through increased use of mobile phones, the need to link such devices to use some form of natural language user interface, using technology to educate people and improving infrastructure at the last-mile. The challenges, he says in fostering inclusive growth today lie in accessibility, lack of communication at the last mile, lack of suitable delivery models, poor infrastructure, no standardisation of technology solutions, and poor marketing and awareness facilities. Agreeing that a variety of technologies are available – smart cards to mobile phones – Pramanik says what needs to be ensured is building common platforms for such technologies.

Taking the cue from Pramanik, D Sarkar, CMD, Union Bank, says that technology today is helping the financial sector reach the last-mile. However, the need of the hour is to ensure that its use is cost-effective by financial service providers. “While a brick- and-mortar branch is not possible in every village or taluk, financial services could be made available to all through an effective mix of technological and social inclusion.” There is also the need to move away from the traditional thought of ‘everything being demand or supply driven’. Today, transaction costs of financial services to the poor are exceedingly large in comparison to their potential exposure. From the demand side too there is financial illiteracy and the consequent fear of approaching formal institutions, he added.

Affirms Pramanik, the challenge here is that everybody wants to own their own technology, right down to what interfaces with the customer to the back-end, owning exclusive applications for specific areas. This is one of the major hurdles which most financial institutions face today. The issue here, he says, is about using technology optimally, helping people learn about the products that exist for inclusive growth and how they can use appropriate technology to access them. At the same time, there must be a system in place to ensure that the interface between such technology, the common man and the service providers works seamlessly, he adds.

Linking such awareness to the insurance sector, G Srinivasan, CMD, New India Assurance, says it is lack of adequate knowledge about available financial services that is restricting inclusive growth in the country. For example, general insurance penetration in India is only about 0.76 per cent of GDP, which is probably one of the lowest in the world. This is an area where technology could play a tremendous role, since there are only about 10,000 brick-and-mortar insurance offices in the country and it could help widen the spread of insurance coverage by “leaps and bounds.”

More importantly, Srinivasan says, technology could help dispel the misapprehension amongst people that it was only a tax-saving instrument. “With majority of poor not being tax payers, it is important to make them realise that general insurance is not only a tax-saving measure, but more importantly an investment instrument that can stand them in good stead in times of distress, and this is where technology has a significant role to play.” According to him, technology is a very important instrument in generating awareness, widening distribution and improving services, all areas that can facilitate inclusive growth. In this connection, he cited the example of Rashtriya Swasth Bima Yojana (RSBY) which has made huge strides across the country covering the Below Poverty Line (BPL) population, where technology has been used very successfully. According to him, the attempt so far has been to define the regulatory framework that encourages improved access to financial services rather than on using technology to take such services to the people.

Again, while technology can help improve outreach, Srinivasan says, it can also help lower the costs of doing business by not only reducing transaction costs but also eliminating time and labour intensive workflows even as it leads to enhanced business productivity by bringing in efficiencies, effectiveness and economies of scale.

Both Srinivasan and Sarkar also emphasise the need to use technology to integrate banking and insurance services to achieve the goals of total financial inclusion. According to them, there is need to develop the right technology, particularly software, to enable appointed agents to provide both banking and insurance services at the last mile. “This is something that will quickly scale up financial inclusion in the country,” says Srinivasan.

Dispelling the notion that technology was not cost-effective, N S R Chandraprasad, CMD, National Insurance Company, says that the challenge lies in using it to scale up volumes that would make inclusive growth a reality in the country. The increased application of technology, he said, would also help change the mindset of people, both in the industry and the public, on people-to-people interaction. “This is where facilities like non-branch ATMs, business correspondents, handheld devices and mobile phones all have a role to play,” adds Sarkar.

Technology can help do away with brick-and-mortar institutions to a large extent, even as it tackles the ‘psychological problem that people have in the organised financial sector of handling cash, handling papers and talking face to face for taking any financial decision’. It is technology that is helping tackle the problems of such social interaction, says Pramanik. “Social networking, using technology, today helps all service providers spread awareness about their products, market them and even service them.”

This is becoming evident with the coming in place of systems like Aadhaar, the National Payments Corporation of India, and even decision like making all payments to a government servant through a bank. This is an area where technology will play a huge role in the coming days.

More importantly, technology is helping them to build relationships that did not exist even when there was some physical interaction between the service provider and the customer. “Today, as products and services get increasingly commoditised, building commercially viable business models has become more important, not only because the areas being tapped represent an unexplored space but because these segments constitute the bulk of the population. There is also the increasing realisation now that social objectives and commercial interests are not necessarily disjointed objectives,” Pramanik adds.

As an approach paper by a IBA Sub-Committee on IT-enabled financial inclusion notes: “technology has become the driving force of change in the modern world and has not only changed the way we communicate, but has also altered our economic structures. Technology – even in small amounts – is helping communities overcome convention and tradition to take leaps forward. As technology – particularly Information and Communications Technologies – becomes advanced, better understood, cheaper and more accessible, its innovative and new uses are being constantly devised and discovered. In its broadest sense, ICT may be defined as the technology that facilitates collection, transfer and transformation of data and knowledge, and hence collaboration across entities, in a manner that is more efficient, faster and productive than what would have otherwise been possible.”