On the Fast Track to Powering India

Transmission and distribution losses are the major bane of the country; power sector, eating up almost a third of the power generated in the country. To tackle, the government last year approved the Restructured Accelerated Power Development and Reform Programme (R-APDRP), which seeks to fundamentally change the power landscape over the next few years. 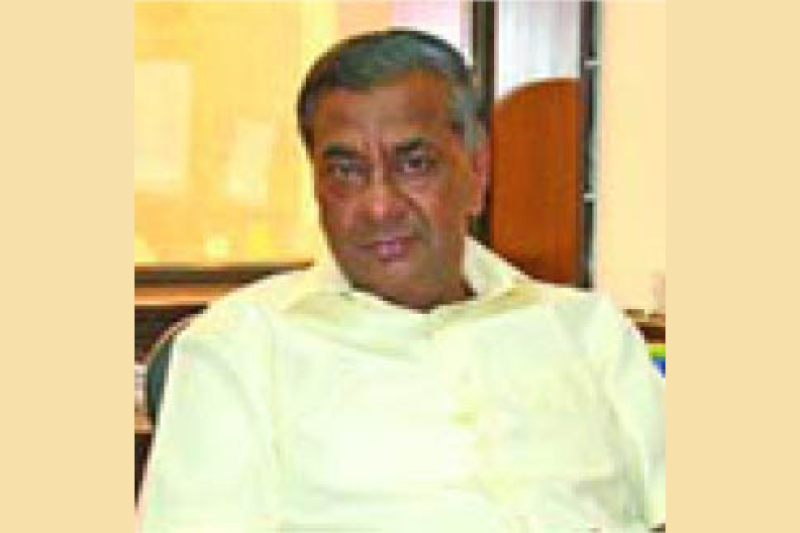 Transmission and distribution losses are the major bane of the country; power sector, eating up almost a third of the power generated in the country. To tackle, the government last year approved the Restructured Accelerated Power Development and Reform Programme (R-APDRP), which seeks to fundamentally change the power landscape over the next few years.

The programme, worth over Rs 500 billion ($10 billion), is being administered by the nodal agency, PFC, which is a premier public sector financial institution in the power sector that provides assistance to State Electricity Boards and also funds institutional development of new projects. For special category states like North East and states like Himachal, there is a 90 per cent grant of the total money.  There are two part of R-APDRP. Part A consists of setting up of IT network and establishment of baseline data.  Part B is implementation of regular system upgradation, which involves transformers, augmentation of transmission lines, meters, etc., areas that result in actual reduction of AT&C losses.  Of the total cost, Rs 100 billion is earmarked for Part A and Rs 400 billion for Part B.

This not the first time that PFC has been associated with reforms in the power sector; it was associated with the first phase of APDRP also that was initiated in 2000-01. As M K Goel, Director, PFC, points out “what is different today is that is power is no longer considered only as a social activity and that it had to be given free.  But with the passage of the Electricity Act, 2003, it has now been mandated that utilities should run on commercial basis. “

The first phase of APDRP saw some issues regarding transfer of funds to utilities. The scheme comprised of 50 per cent loan and 50 per grant components, what actually happened was that while the grant component was transferred directly to the State government, the balance was to be tied up by the utilities from various financial institutions. As a result the desired results could not be achieved.

Some difficulties were also seen in transferring of the grant to utilities by the State Governments. This anomaly has been rectified in R-APDRP. Also, to avoid the situation seen in the first phase, the money will come from the Ministry of Power to the Power Finance Corporation, which will act as the nodal agency.  The projects will be sanctioned by a Steering Committee set up for the purpose and which has representatives from all concerned bodies and the will be routed through the PFC to the utility directly.

“Under R-APDRP, the money is first given to the utilities in the form of a loan.  Once they achieve the desired target only then is it converted into a grant. Also, while both phases of APDRP were launched with the aim of cutting down T&D losses, there was no method in the first phase under which this could be verified. R-APDRP seeks to correct this also, linking the grants to the outcomes,” points out S K Urmalia, General Manager, PFC.

R-APDRP is likely to make power projects more bankable. The utilities will have to set up IT-enabled systems for them to undertake energy accounting

Agreeing that R-APDRP is likely to make power projects more bankable, Goel said that the grant is linked to a demonstrable improvement in terms of AT&C loss reduction on a sustainable basis.  To achieve this, the power utilities would have first to set up IT-enabled systems, enabling them to undertake energy accounting. This IT enablement is what is Part A of R-APDRP. Also, this establishment of IT enabled network has to be verified by a third party independent agency that will be appointed by the Centre through the PFC.

PFC has already appointed KPMG as the process consultant for the reforms programme. On its part, PFC as the nodal agency has already empanelled the IT consultants, after pre-qualification and prepared the model RFP document. It has also empanelled the IT implementing agencies who will be directed by the IT consultant to help the utilities select necessary IT systems and prepare the DPRs for establishment of IT networks. Once such IT enablement has been achieved, it will be verified by the third party independent agencies and only then will the loan be converted into a grant. In June this year, PFC invited bids to appoint about 15 third-party independent agencies to oversee progress of the R-APDRP. “For this purpose, the country has been divided into nine zones. A minimum of two TPIEAs will be selected for each zone. The number can go up depending upon the sensitivity of the zone,” said V K Shah, General Manager, PFC.

The monitoring agencies will also verify figures claimed by utilities on installation of hardware and software, energy sales, and baseline losses for each of the project areas. Utilities, which have qualified for other tasks such as IT implementation and consultants, have been disqualified from bidding as independent evaluators to avoid any conflict of interest.

“Only after such IT enablement has been achieved and a suitable baseline database of AT&C losses is prepared—i.e., an audit of the energy coming into and going out of the system—can the utility take up work related to upgrading equipment and infrastructure, which can then be called Part B of the R-APDRP,” adds Goel. Again, the funds being given to utilities for upgrading equipment and infrastructure would have to result in actual reduction of AT&C losses on a sustainable basis for it to be converted into a grant.  Also, in an effort to avoid any controversy, the SRS document prepared under R-APDRP is technology and vendor neutral. “The circumstances and networks of different utilities in the country are different.  So, their needs are different.  As a result, we are leaving it to utilities and the IT consultants to decide on the technologies needed for IT enablement. It is, in fact, the IT consultant who has to handhold the utilities right up to the commissioning stage,” says Urmalia.  “We have involved all stakeholders while preparing these documents, including the industry, NASSCOM, the utilities and stakeholders like NTPC, PowerGrid, apart from the CEA.  So, it is a well consulted and conceptualised document,” adds Avkash Saxena, General Manager, PFC.

PFC has already sanctioned about Rs 19.47 billion under R-APDRP for project covering around 599 towns. Utilities in these towns are in the process of appointing IT consultants and implementation agencies, while some are also going ahead with placement of orders. Under R-APDRP, the time period for completion of Part A of R-APDRP is about 18 months from the date of sanction, though there is the flexibility to complete it in the maximum period of 36 months.

Another feature that PFC is implementing specially for R-APDRP is that “we are extensively using a web portal.  That web portal has two-way communication and the utility can download the various guidelines or any directions we want to give or any modifications which have to be followed. It is a two-way system.  This is also change from the earlier APDRP,” says Shah.

A major benefit of the R-APDRP scheme is that it will lead to substantial capacity addition as today nearly one-third of all power generated is being lost, either due to theft or due to technical reasons.  “Thus, if the utilities are able to achieve a 15 per cent reduction in AT&C losses, we will see an immediate capacity addition of 15,000-20,000 mw. Considering an investment of Rs 40 million crore per megawatt for generation and an equivalent amount for T&D, this in effect means a saving of Rs 700 billion to Rs 800 billion,” says Shah. With the improvement of the system, technical losses will also come down substantially.

The funds are released to the power utilities only after they fulfill certain requirements. This includes a quadriparitite agreement between the State Government, the utility, PFC and the Ministry of Power. As per the agreement, the state government has to undertake that in case the loan is not converted into a grant and they are not able to repay the loan, the money will be deducted from their Central Plan allocation.

Thus, any utility going in for Central funding will have to perform.  “So, from all sides, we have seen that the scheme demands results and it is an incentive to the power utilities to complete it as early as possible and achieve the results, points out Goel.

Besides, there is another component in R-APDRP which is capacity building. “So, first of all, we are creating the IT infrastructure for them and in addition, we are preparing their personnel or such executives who will be working on these systems. We will be doing this in a phased manner,” points out Saxena.

“We are planning a three-tier system.  At the top, there will be a national resource centre followed by regional training institutes and then there will be actual partner training institutes, who will imparting training to the field staff.  For the current year, there is a target of training around 3,000 utility engineers,” he added. About Rs 8 billion has earmarked for this purpose and PFC is going to engage a consultant for outlining the entire programme.  While PFC has taken charge of the R-APDRP programme, it is also taking significant steps on generation front. As Goel says, PFC has been named as the nodal agency for ultra mega power projects (UMPPs) also.

Of the 11 projects, four have already been awarded to the successful developer.  And, within the next three months, it will invite request for qualification (RFQ) for three more UMPPs — one each at Bedha Bahal in Orissa, Cheyyur in Tamil Nadu and Akaltara in Chhattisgarh

With elections around the corner, SKOCH Group, India's topmost independent think-tank for socio-economic issues with a focus on inclusive growth, today organized 54th SKOCH Summit on the state of Power,...