There are two Indias, one doing extremely well and the other languishing in poverty, without access to amenities and to entitlements. Inclusive growth is a must to progress evenly, writes K T Rama Rao 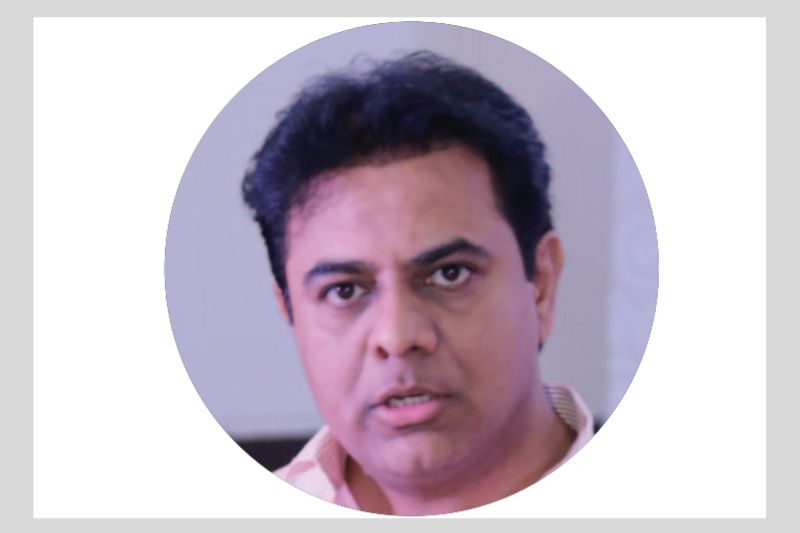 India suffers many dichotomies. The country is going through an interesting time after 70 years of Independence in 1947. On the one hand, Mars Orbiter Mission (known as MOM) is being sent to Mars, the Red Planet. Similarly, the Indian Space Research Organisation (ISRO) is building indigenous satellites. It very recently sent its 100th satellite into orbit. With this feat, India is sending a very clear message to the world and to NASA, the US space agency, that it can match its expertise and technology.

On the other hand, the country still has several parts of it undeveloped and near virgin. Villages do not have roads or even electricity, even now in 2018. So much so that Prime Minister Narendra Modi has to spell out the Swachh Bharat mission and talk about the needs of a basic toilet. More than half the population of the country doesn’t have sanitation.

There are two Indias, one doing extremely well and challenging the rest of the world and its rivals in technology and other fields, the other still languishes, where there is a lot of ground left to cover to even catch up with the better performing part.

The Government of India claims that as a country we are power surplus since 240,000 MW power is generated. But there are hundreds of villages and some states, which are still power deficient without electricity for poor farmers, rural and urban homes and industries that can empower by employing thousands are lying idle without the vital resource of power to put development into motion.

Similarly, the country has mighty rivers, from the Ganga, the mighty Brahmaputra, the Godavari, the Krishna and the Cauvery and many others which together have about 74 TMC water. On the other hand, there are droughts. All this water goes waste into the sea, the plan for river linking is important in this aspect.

The state government is ensuring that the basics needs of the population are met. The feats of information technology and all that could come later in the agenda but people should have water and power along with other necessities.

But in 2014, the state was very low on power. It suffered from a power deficit. Telangana needed 8,000 MW but had only 6,000 MW. With the Chief Minister’s clarity the team ensured that from a state, which didn’t have enough power, it could become a state that could supply uninterrupted 24-hour quality power to cities, villages, farms and industries within a year. This is where the economically underdeveloped and the underprivileged need to be remembered and included. They should know that their needs are not forgotten. A large reason for the turnaround in power generation and supply has been due to the synergies of different departments coming together to work, raising internal efficiency to unseen heights in government. Telangana has harnessed non-conventional energy sources. It produces 3,300 MW of solar energy and surpassed Gujarat recently on the solar front. That 3,300 MW is likely to increase to 5,000 MW in one and a half years.

As regards measures for the poor, the inclusive nature of the Telangana government has enabled the introduction of pension to several categories of people. More than 40 lakh people get R1,000 as monthly pension and the disabled among them get Rs.1,500.

Similarly, the state government has come up with the Dignity Housing scheme where 2.17 lakh homes will be built in cities, semi-urban and rural areas. With a total outlay of R18,000 crore, the project will build houses with 2 bedrooms, a hall and a kitchen and toilet in a plinth area of 560 square feet. In rural areas, it will cost Rs 5.04 lakh, in urban areas it will cost Rs 40 lakh and in Hyderabad city, it will cost Rs 8.75 lakh.

Every single paisa will be spent by the government and there is no charge on the beneficiary. This scheme was thought of because just in the name of affordable housing for the poor, people were being forced to live in 100 or 120 square feet accommodation, which is inhuman and impossible.

The Telangana government promotes innovation of all kinds, not just technological. It can be rural innovation or social innovation. Like the Asu machine invented by Chintakindi Mallesham, a weaver, who developed it after seeing his poor weaver mother toil 10-12 hours a day to make the world famous Pochampally saris.

As a policy the government has done away with the discretionary powers of bureaucrats and instead, has followed the process model. This has been one of the reasons why the young state has got the first place in the Ease of Doing Business rankings.

If investors are not able to get approval within 15-days of applying at the single-window for a licence to start an industry, it is deemed approved on the next day, 16th in fact. The person applying can also take the state to court if such permissions don’t come within the timeframe. The government penalises the bureaucrats who had to act on the application at Rs 1,000 per day.

The same is the case with building plans. If plans for a building or a house aren’t approved in 21 days, it is deemed approved on the 22nd day. There is no point in technology and development if the common man is helpless in the face of bureaucrats and official apathy, which is why individual discretion has been struck off.

While doing away with discretion should a matter of policy, there is also need for a compilation of best practices. Several states including Telangana have innovated and come up with solutions, which can be replicated in other states but there is no one taking note of these best practices which, therefore, go unheeded. SKOCH Group should publish a report that would take all the best practices and innovations into account and record it for the benefit of other states.