We Should Mean Business

Mere words are not sufficient to serve the citizens. Their felt-needs require to be addressed as much as their pains need to be understood, so that we can deliver to their expectations, emphasises K J Alphons 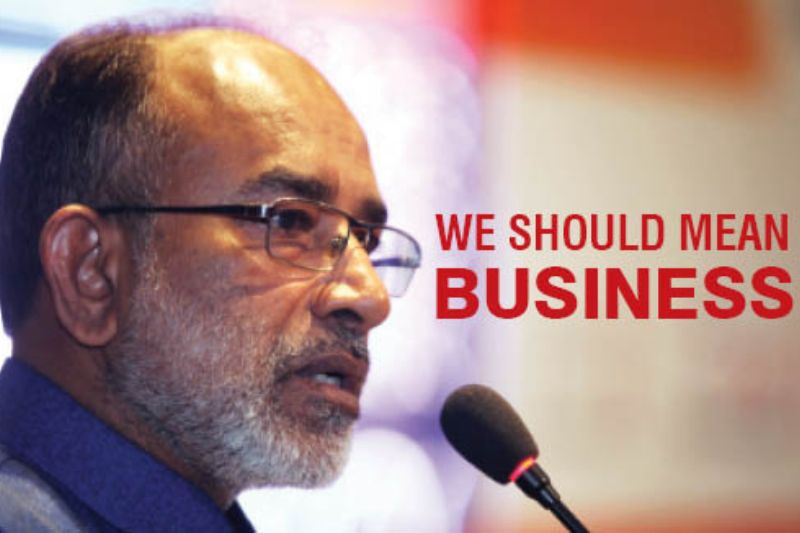 There are several beacons of hope in this country, which are bringing about a change and are committed to taking forward the dream of our Prime Minister Narendra Modi who wishes to create a New India. Of course, it is not possible without those who are all making an equal contribution to it. Yes, it is going to be their day soon!

There are a few things that we need to push forward. While food and shelter remains an ever-growing need, We need jobs for a prosperous India and toilets for a healthy India. There is no reason why all citizens of the country will not lead a life of dignity. People and organisations all have to do more than what they are doing, translating the dream of a New India and delivering to the expectations of the people at the grassroots.

I recall, way back in 1988 when I was District Collector, an 80-year old lady walked into my house accompanied by a young girl and she said that this is the third time she is visiting my house and added, last time I came, you were not there. She further went on to say that, I come from long distance; it is not feasible to change three buses each time and spend half a day for an old lady like me. And also that I have to take assistance from my neighbour. Then she said something that really got me thinking, as follows—‘government has given you a car, why can’t you come and see me in my village?’ It sounded like a great idea, which I decided to implement.

Two months hence, I alongwith my 2,000 officers were out in the villages. We spent no time in identifying two villages and advertised heavily that on such and such date and time the Collector and his team will be visiting these villages so that all the citizens were ready with their petitions. We received thousands of petitions, interacted with them, understood their felt-needs and fixed a future date for resolution and grievance rederessal.

Subsequently, respective heads of departments were marked subject specific petitions with a remark to revert within a fortnight and report to the designated place on a certain date as has been fixed. The mandate was clear, whatever people are asking, it has to be delivered then and there only on the date and the place. I repeated this thrice in my district. This worked very well that went on to win several accolades. Mind you, this was not an original idea—it came from that 80-year old lady who had asked me a simple question that opened new vistas of governance for me.

People have ideas; we should be ready to listen. You have the ability, commitment and warewithal to deliver to people. SKOCH has been recognising such good work across states for years and has created a knowledge base that one should leverage. We dream of a country, which we all have to be proud of; we have to do it together.

K J Alphons is Minister of State (IC) for Electronics & IT and Tourism (Excerpted from his address during 49th SKOCH Summit, New Delhi)