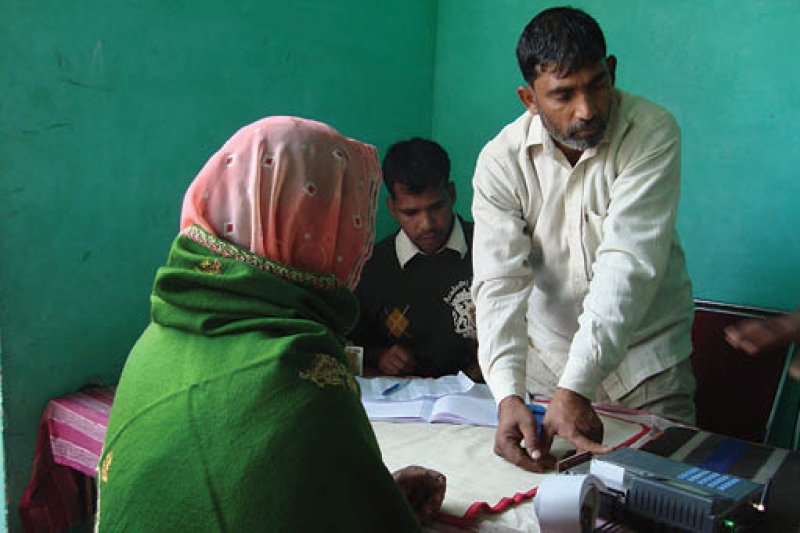 According to market research firm, Nielson, the consumer confidence index for the fourth quarter of the calendar 2016 was 136, three points ahead of the score it achieved in the third quarter of 2016. One of the greatest benefits of the demonetisation has been the fillip it has provided to digital transactions. Before 8 November 2016, cash to cards/net-banking ration was 60:40. Postdemonetisation, this has moved to 15:85 with a sharp increase in the use of mobile wallets and net-banking (cash dropping to 15 per cent). This, coupled with the reach of mobile wallets and increase of mobile payments of 6 per cent during the week of announcement, peaking at highest ever at 70 per cent.

Demonetisation as it is termed today, is in fact, increased use of digital cash or cashless transactions. The mode could be a trinity of Cloud, Aadhaar, Mobiles (CAM) or biometric enabled authentication led transactions. Truly speaking, while many have repeatedly argued about how demonetisation will help curb terror financing, weed out black money and check counterfeit currency in circulation. Nobody has argued its impact on defeating poverty and how it will help plug the leaky bucket and spur digital money—call it eMonetisation—reach its intended benefits to beneficiaries without intermediaries. It will have direct impact on poverty as the bottom of the pyramid that generally experiences dry end of the pipe due to money evaporation on the way. Digital cash delivered electronically will not only be speedy but also evaporation and leak-proof.

Under Direct Benefit Transfer (DBT) there are around 84 schemes in17 ministries. Within UPA, the discussion was only about numerous lakh crore rupees of reduces and frauds. Now, there are no scams, instead, the government is able to save almost Rs.50,000 crore by acclaiming the subsidy sum straightforwardly in the bank accounts of the appropriate beneficiaries and eradicating ghost beneficiaries. Out of this, an estimated Rs.27,000 crore is being attributed to demonetisation. This ‘savings’ amount is anticipated to considerably increase further because the government is planning to roll out almost 533 central payout schemes by March 2018 in 64 ministries within DBT. Virtually, 33 crore people obtain different subsidies unswervingly via the DBT in their bank accounts.

SKOCH has been arguing for electronic tagging and tracking of funds and digital direct transfers of such similar social benefits, for years now, not necessarily by way of demonetisation, which has alternatively paved the way for such goals to be achieved at the stroke of midnight. Way back, P Chidambaram, Finance Minister during UPA-I, had said in an interview to Sameer Kochhar, Chairman, SKOCH Group during 2006:

“What is needed is technology plus design; technology plus the willingness to associate different intermediaries and different players.” This became the cornerstone of Kochhar’s book, Financial Inclusion, published in 2009 and perhaps also the foundation of cashless economy.

During November 2006 itself, SKOCH organised the North East@Work involving all the seven sisters from North Eastern Region (NER), Department of Posts (DoP), Reserve Bank of India (RBI), Department of Information Technology, Ministry of Communications and IT and banks. Amongst other things, it had recommended the following:

Subsequently, in its 2008 publication Infrastructure and Governance by Sameer Kochhar, Gursharan Dhanjal, et el, argued for electronic tagging and tracking of funds. It had said:

“Two changes have determined our understanding of the growth process itself. First is the greater financial intermediation of the economy as a whole or deepening of the economy and second is the advent of technology that drives distribution.”

Next, Speeding Financial Inclusion, 2009, Kochhar once again recommended the following:

Decentralisation does not mean Panchayats alone. Most states have not met the governance requirements of the 74th Amendment and have not set up District Planning Committees (DPCs) and Metropolitan Planning Committees (MPCs). Functions and autonomy have not been delegated to municipal and other elected bodies, thus constraining their revenue sources and also constraining them from increasing revenue sources through revamping property taxes or levying appropriate user charges (Kochhar, Building from the Bottom, 2010).

Sustainable urban development is the urban planning and development that provides for needs of the present, environmentally, economically and socially, without diminishing the capacity for future generations to achieve their quality of life needs.

It had said to provide investment opportunity in municipal bonds to individual/retail investors, CBDT to include municipal bonds in the list of eligible investments/ subscriptions for the purpose of claiming deduction under section 80C of the IT Act, 1961.

The way ahead clearly requires an instrument that is interoperable, has wide usage, acts as cash storage as well as a medium of spending, saving and remittances and which can be enchased. This will have the ability to scale up to reach the millions who still awaits banking facilities. These interoperable systems will also facilitate the transfer of domestic transactions.

Greater financial inclusion is possible with fiscal discipline as well as fiscal federalism and decentralisation. Devolution of revenues to local bodies and the stringency built into the system to ensure state compliance marks a landmark shift in federal relations. (Kochhar, India on the Growth Turnpike, 2010). It further recommended:

It has increasingly been argued, over and over again that the basic problem is not the willingness or cost, but the absence of business model based on ICT-based delivery system. Technology coupled with appropriate delivery model was recognised to be the lone delivery model to bring about inclusion. (Kochhar, An Agenda for India’s Growth, 2013).

Keeping the above objectives in mind, SKOCH launched its inclusive growth initiative through financial and digital literacy intervention called Samavesh during the year 2011. Samavesh was started with the objective to create one digitally and financially literate resource person per Gram Panchayat. It put high degree of functional digital and financial literacy with the objective of reaching direct financial services to the beneficiaries. More than 6,000 women across India have been made digitally literate, preparing themselves to use and transact in digital money as times moved on.

Applying good economic principles, a good understanding of determinants of growth and executing it and alertness and responsiveness are at the heart of good governance and inclusive economics. This was called and published as ModiNomics (Kochhar, 2014). This is the cornerstone of Sabka Saath, Sabka Vikas that has been exemplified in various successes including Jan Dhan, Digital India and MUDRA. A case for reducing the number of laws concerning MSMEs was also made. (Kochhar, Growth and Governance, 2014).

It was further recommended that for transaction processing, the customer can simply be authenticated based on biometrics and Aadhaar, thus eliminating the need to issue smart cards.

In Defeating Poverty: Jan Dhan and Beyond, Kochhar, 2015, had made the following suggestions:

SKOCH has argued for cashless economy (demonetisation) since 2009. Several consultations and conferences have been organised over the years with focus on extinguishing cash and moving towards cashless economy. As recent as September 2016, during our last Summit, all the stakeholders from banking, insurance and financial services argued for a combination of biometric, Aadhaar and mobiles.

Kochhar believes that a combination of Cloud, Aadhaar, Mobiles (CAM) moving away from Jan Dhan, Aadhaar, Mobile (JAM) trinity will shorten the linkages and try new business models for delivering government and other services like banking transactions with electronic tagging and tracking. The lowest transaction cost for low-value, high volume ought to be CAM. CAM also removes ‘smart’ or ‘dumb’ cards. It would let telecom and payment service providers handle e-payments, DBT as well as allow cash-out. (Modi’s Odyssey: Digital India, Developed India, 2016). The other recommendations included:

in March 2007. In ten years, the service has become “ubiquitous” in the country, used by at least one person in 96 per cent of Kenyan households. There are around 110,000 M-PESA agents and only 2,700 ATMs in Kenya. The study, published in ‘Science’, shows that access to M-PESA increased per capita consumption levels in the country resulted in lifting nearly 200,000 households above poverty.

According to Census 2011, 88 per cent of households in India have a mobile phone. This number must have increased in the last 3-4 years. The country’s Internet-using population is expected to reach 60 crore by 2020.

Mobile money has the potential to increase the efficiency of the allocation of consumption over time, while allowing a more efficient allocation of labour, resulting in a meaningful reduction of poverty.

eMonetisation, therefore, provides India with a never before opportunity!