Digital India at a Tipping Point

India is at a tipping point—digital is convenient, low-cost and people are getting confident of using it. Error-free transactions will boost people’s confidence into the new economy, says Ram Sewak Sharma 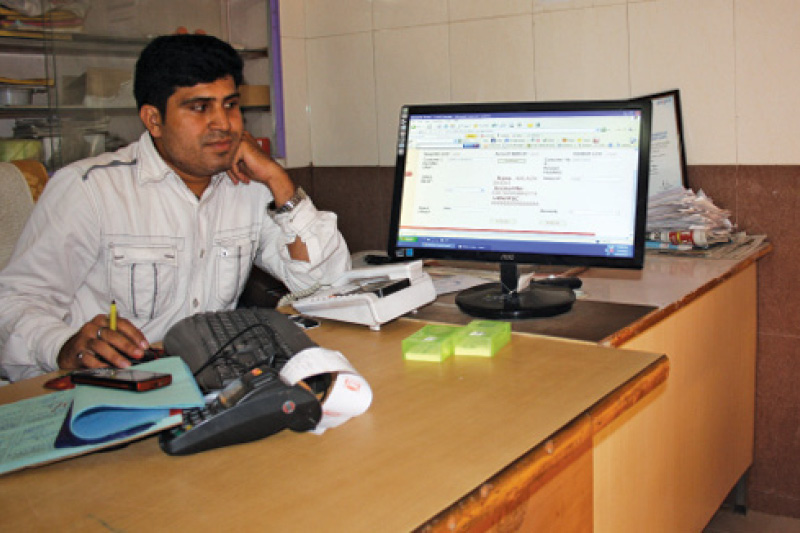 Digital India has three layers: i) digital infrastructure as a utility to citizens; ii) software and services that are going to ride on this digital infrastructure; and, iii) digital empowerment. The vision has been to transform India, the cashless economy of which has been an important pillar towards digitally ering society and knowledge economy.

The connectivity in India has not grown the way it should have, which is coming in the way of swift roll-out of the Digital India programme. Recently, I participated in an Asia- Pacific event and they ranked the countries in terms of fixed ICT infrastructure and India actually is at 7 per cent, Singapore 98 per cent, Malaysia 65 per cent, Vietnam 36 per cent, Thailand 35 per cent and Sri Lanka is at 14 per cent. We are one of the lowest at connectivity in the ICT Index.

Why are we at a position where we are today, it has a bit of history in it. When we started the mobile revolution in late 1990s and early 2000, the total number of fixed telephone lines in the whole country was merely 20 million. On the one hand, we have complete lack of fixed line infrastructure, on the other, we have a billion plus mobile connections with a talk time of 11 billion minutes per day. Voice telephony has grown exponentially but not the fixed line. As a result, the data connectivity is being provided via mobile networks, which can never be reliable. Mobile networks also do not provide a consistent bandwidth as piped infrastructure. Data demands are going up while supply is not there.

If in a remote village, you want to do a UPI transaction and have no 3G or 4G connectivity; no transaction can take place. While we may have become a software giant, in terms of connectivity infrastructure, we may even be worse than a few African states.

We have recommended that since soon all the cable TV connections are going to be digital—100 million households plus, till date—they can easily access broadband through the same pipe. Cable operators have already solved the last mile problem on which a digital highway can be built. The scale can be enormous.

The Bharatnet Project, which is being implemented by the Government of India, will be a great success if we include an element of Public Private Partnership (PPP) in it. Further, the Telecom Policy, 2012 proposes for availability of satellite bandwidth in a free manner. This will help in those inaccessible terrains where fibre cannot be laid. A little bit of policy change here can connect places like North East and J&K etc. We have also had a consultation on the Wi-Fi hotspots in the country. We need to create a national grid of Wi-Fi hotspots, which will have only one-time requirement of authentication or payment that allows the user seamless access and connectivity throughout the country. This will boost digital transactions and will be a step in securing the objectives of cashless economy.

Finally, India is leveraging Aadhaar for Direct Benefit Transfer (DBT) and LPG and the numbers are large. It is also being used for distribution of foodgrains in a number of states. In DBT, over 140 million transactions are happening per month and in LPG, over Rs.20,000 crore per annum. Aadhaar is being used for electronic, paperless KYC and recently is has been introduced in getting telecom connection.

India is the only country in the world where one can have digital signatures on demand – e-Sign – that does not require a dongle or a long drawn process of verification of identity. Digital Locker, Online Reservation System for Hospitals are few other examples wherein we are building our own technology stack, which is actually now being studied by institutions like World Bank.

The total cost of Aadhaar is less than Rs.10,000 crore and it has saved Rs.20,000 crore per annum in LPG alone. E-KYC in telecom may save another Rs.10,000 crore. Savings are enormous and opportunities for financial inclusion endless.

UPI architecture is one of the finest architectures for any mobile payment system. It is as robust as doing banking on NEFT, RTGS or IMPS. It is cost effective and inter-operable. For those who do not have smart phones, USSD serves the purpose. TRAI has reduced the transaction charge of USSD to 0.50 paise in place of Rs.1.50 per transaction. For those, who do not have a bank account or card, Aadhaar Enabled Payment System (AEPS) through Business Correspondent (BC) network is the answer.