It took over 45 years after the attainment of freedom to push the agenda of giving constitutional status to our urban local bodies. But the 74th Constitution Amendment Act left it to the states to decide to what extent powers will be given to the elected bodies, generally referred to as the third level of governance. 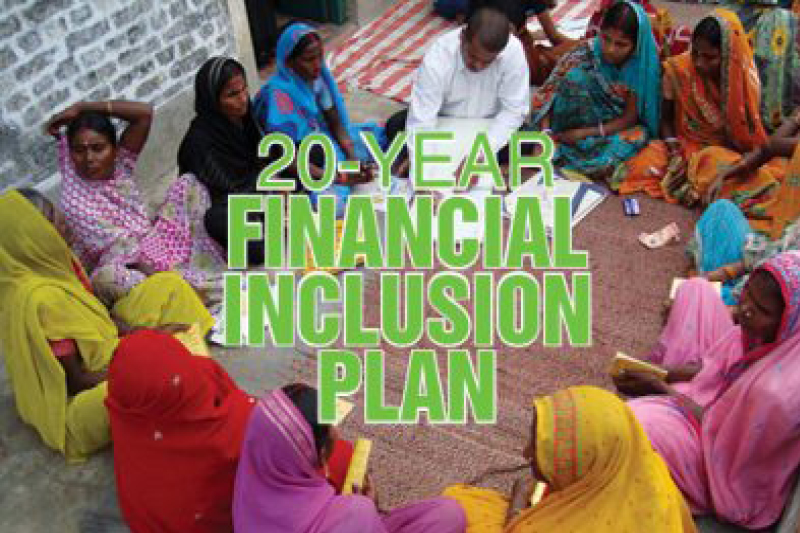 The efforts to usher financial inclusion have been recorded since nationalisation of State Bank of India in 1955 followed by nationalisation of other banks in 1969 and later in 1980. Other important measures included instituting priority sector lending, and issuing Kisan/General Credit Card. In the earlier years, urban areas had significantly large number of bank branches compared to rural areas. As the urban areas were concentrated with numerous bank branches, this resulted in higher absorption of bank credit in the urban areas. Such a condition continued in the country until the RBI rigorously started pursuing financial inclusion model in the mid-2000s.

Despite these various measures undertaken, financial inclusion has remained a distant dream with a majority of Indians still struggling with lack of access to banking services. Census 2011 reveals that, in India, out of 24.67 crore households only 14.48 crore (58.7 per cent) households had access to banking services. In the rural areas, out of 16.78 crore households only 9.14 crore (54.46 per cent) were availing banking services. During the post liberalisation period, there was a substantial progress in the economy but still majority of the sections of the society were not benefitting from such a progress. The percentage of indebted agricultural households, a proxy for credit penetration, in different states of India in 2013 was not encouraging (Table 1).

In order to overcome this grim situation, government rigorously pursued financial inclusion and there was substantial increase in banking network, opening of accounts and growth in deposits and credit (Tables 2 and 3).
In addition, there were nearly 28 crore accounts in post offices with savings account numbering more than 13 crore and recurring deposits of more than 11 crore (Other accounts in post offices include time and fixed deposits). Although, various initiatives had been undertaken in order to financially include all sections of society, the success of such measures had remained partial.

PMJDY is also included in the JAM trinity, i.e., Jan Dhan Yojana-Aadhaar-Mobile Number, which focuses on providing support to the poor households in a targeted way. The main objective of the JAM trinity is linking the Aadhaar number to an active bank account in order to implement income transfers. Also, with the introduction of PMJDY, the total number of bank accounts is expected to increase and thereby targeting transfer of financial resources to the poor households.

The scenario for the next 20 years may have to take into account the following:
a. Indian economy is closely associated with agriculture and rural activities because nearly 70 per cent of the population still resides in rural areas.
b. India accounts for 16 per cent of world population and only 4 per cent of water resources. The critical shortage of water would become apparent for the agriculture sector especially with rising population.
c. The impact of climatic change because of global warming would be apparent on food production in terms of unseasonal rainfall, El Nino and similar natural phenomena.
d. The climatic change would also impact wheat production and quality of wheat with rise in temperature as well as production of rice because of depleting water levels.
e. The scarcity of land, because of rising population as well as increasing urbanisation and industrialisation would imply higher cost of producing food grains and agricultural production. Thus, the burden on the common man would be higher.
f. The Jan Dhan accounts have resulted in creating nearly 21.43 crore new accounts in banks with a balance of Rs 35,672 crore. In addition, the Prime Minster has announced social security schemes, which will operate through the banking system. Further MUDRA bank will also encourage banking activity at the lower end of the economic spectrum.
g. The new accounts under Jan Dhan as well as other schemes that have recently been announced would result in opening of accounts and expectations of banking services at places which do not have bank branches and would need to be serviced through the business correspondent model. This would imply higher cost of serving at remote places by commercial banks.
h. The government has announced that it would directly transfer resources to the people using technology as well as bank accounts. The DBT would imply additional financial resources with the public, generally low-income group. These financial resources would be in addition to resources that would be available in the rural areas on account of gold monetisation scheme. The higher food prices are also leading to increase in purchasing power of the rural areas.
i. The proportion of population that would emerge out of poverty would need to be estimated. In view of rising prices of water and food, poverty levels may not improve and therefore financial inclusion would continue to be a challenge for the bankers and policymakers.
j. In view of the increasing complexity of financial resources in the rural sector there may be a need for a regulator.
k. It is necessary to examine the factors that impede financial inclusion. One significant factor is interest rates. It needs to be recognised that though the moneylender is generally blamed for charging high interest rates, they have survived many generations in the same neighborhood.

Commercial Viability
Success of financial inclusion depends upon the commercial sustainability of the operations and not on subsidies and incentives. Therefore, to achieve sustainability, volumes through suitable instruments are necessary.

Instruments
a. There is a requirement for need-based innovative products especially tailored for poor segments of the society.
b. Also, specially designed content and appropriate delivery mechanism of the material and instruments are needed which are suitable to the particular targeted group.
c. Banks should create demand-oriented savings, credit and remittance products that are customised to lifestyle pattern and income streams of the population they are aiming to serve.
d. There should be disbursement of bank loans in collaboration with other financial services like insurance and pension schemes.

Financial Literacy
a. There is a need for the expansion of the counseling and advisory services on financial literacy in order to reach the vulnerable sections.
b. There is a requirement to tailor differential literacy and counseling mechanisms depending upon the need of different segments of the society. In this context, literature in different languages and different medium needs to be considered.

Technology
a. Incentivising usage of Plastic cards and e-commerce in the economy.
b. Mobile banking has tremendous potential and the benefits of mobile-commerce need to be explored to enhance banking penetration.
c. There would be a need to explore out-of-box methods for mass banking. TV can be helpful in banking transactions and spreading financial literacy.

Institutions
a. There is an increasing need for an institutional focus on the emerging complexities in the rural market.
b. There is a need to focus on synergy between post-offices and ATMs. ATMs could be opened in post offices. Provision of electronic card reading machines could also be considered in post offices to facilitate transactions.
c. To avoid duplicate banking between post office and
banks, banking activities should be restricted to banking institutions exclusively. The Post Offices which started banking in late 1800’s in absence of commercial banks then, should not be allowed to compete with banking activities during the present times, when commercial banks are active.

Regulation
a. There is a need for regulating the formal and informal financial institutions, which are competing for collecting savings of rural people and offering credit. NABARD could be tapped to ensure smooth development of rural financial markets.

(Charan Singh is RBI Chair Professor of Economics, IIM-Bangalore and Honorary Fellow, Skoch Development Foundation. The author would like to thank Shara Bhattacharjee for assistance. The views and opinions expressed in this article are personal and do not reflect the views of INCLUSION.)