Socio-Economic Development and NGOs in India

NGOs largely represent the grassroots – both the people and smaller NGOs. The local administration needs to incorporate local views and blend both the larger economic view with the social views while preparing development plans. The problems arise as this consultation is rarely done or if done and falls prey to vested interests, opines K G Karmakar 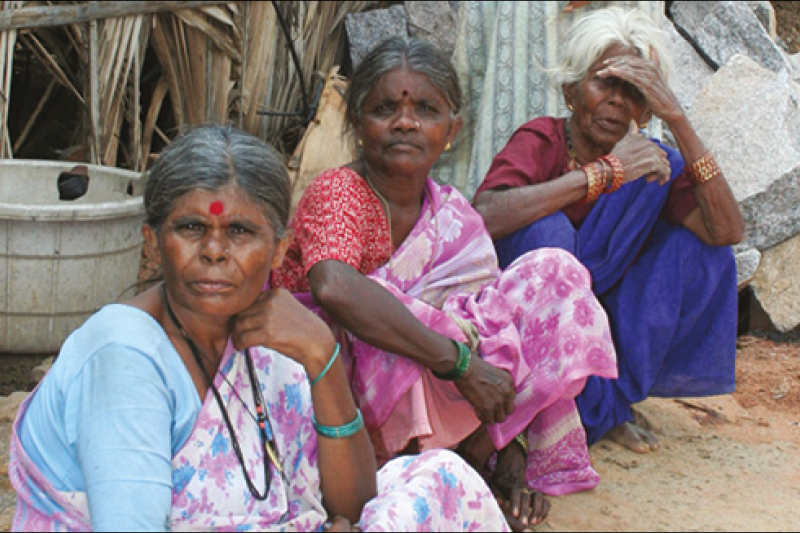 These social activists brought in much-needed social reforms in a scattered manner. After Tilak pioneered the idea of social mobilisation with Ganesh Chaturthi and Shivaji Jayanti celebrations being used to mobilise the common people, Mahatmaji inspired a number of NGOs with social Issues at Pune, Ahmedabad, Wardha, Madurai, etc. to mobilise the masses and begin the struggle for freedom. The Gandhian NGOs were essentially aligned to the freedom struggle and a large number of Congress leaders took an active role in setting up local NGOs so as to mobilise the masses. After 1947, these NGOs took up developmental activities for the state governments based on Gandhian socio-economic values, viz., Gram Swaraj, Antodaya and Sarvodaya.

Due to overlapping interests, these NGOs lost the pioneering/independent spirit, defending government policies and gave rise to social activist groups who took up local causes on behalf of the poor, the landless, dalits, migrant labour, women, children, SHGs, minority groups and as the government resorted to suppression and diversionary tactics, these NGOs took up confrontationist attitudes. But the government realised that cooperation and grassroots assistance for implementation, especially in under-developed and tribal areas was needed and slowly started accommodating and accepting NGO viewpoints. All NGOs are not apolitical and some may be politically-oriented, though not political entities and some NGOs have opted for struggle-oriented work and do confront the government on numerous occasions: the Anna’s anti-corruption movement, Narmada Bachao Andolan, Shetkari Sanghatan, Chipko Movement etc. The socialist parties with Leaders like Lohia, Meherally, Patwardhan, Dharia, Gore etc. and the Communists with leaders like Rangnekar, Dasgupta, Parulekar, Ranadive, etc. took up pro-poor people causes, through their NGOs, but 1980’s was the decade of NGOs as increasing use was made by the government in development activities, as under:

As the nation opted for a planned central economy, the Planning Commission set the agenda for developmental planning which was a top-down effort and though these Plans were technically sound and competently drafted, the funds outlay remained in the control of bureaucrats and outputs were low and the outcomes rather poor. The Plans tried their best to open up and widen the economy. The central government and state governments started involving NGOs in development activities only after 1985. The bureaucrats were rather wary of NGOs and social activists in the NGOs were also reluctant to deal with bureaucrat except as adversaries; bankers too distrusted NGO activists as troublemakers.

About 55 per cent of NGOs are operated by simple-minded individuals who are fortunate enough to be born as relatives of the “vested interests”, which proliferate in all societies whether capitalist, socialist or whatever! Wives and daughters, uncles and aunts, cousins, nephews or nieces are all operating NGOs.

NGOs have risen to the socio-economic tasks after 1947 and taken serious initiatives at the grassroots levels for helping the poor and weaker sections of society. Today there are over 3,30,000 registered NGOs and a larger number are un-registered NGOs:

With the social control of banks in1968 and bank nationalisations in 1969 and 1980, banks started getting exposed to the NGO sector and especially during the Integrated Rural Development Programme (1978-1999), the interactions between bankers and NGO staff have been abrasive and adversarial. The bankers treated the NGO staff as ‘jholawalas‘ and as anarchists while NGOs felt that the bankers were corrupt and unduly harsh on the poor. However the relationship between banks and NGOs blossomed during the social mobilisation phase under the Self-Help Group Programme which was taken up by NABARD under a mission mode since 1992 and today there are over 7 million SHGs of which 85 per cent are women-only SHGs. Thrown together in a challenging task, bankers and the NGO staff excelled and put in sterling efforts to achieve sterling results. Many NGOs have excelled in specific sectors If you look up the NGO-Partnership Scheme website, more than 67,000 NGOs are registered sector-wise with over 24,000 in agriculture, 29,000 for children, 38,000 for literacy and education, 29,000 for environment and forests and 19,000 for micro-finance. In fact there are 53 sectors listed and under each sector there are thousands of NGOs listed. Then there are thousands of NGOs which are not registered at all for various reasons. Which brings up the million dollar questions – “How good are these NGOs?” No answer!!!

As Managing Director and throughout my 28-year career in NABARD, I have had the pleasure of working with very dedicated and driven individuals who gave up lucrative careers in corporates and the government and set up NGOs mainly to help the poor and suffering people. Most were technically very qualified and had put in a considerable portion of their savings/earnings to help others without bothering about the recognition or exposure they got or whether the government acknowledged their sterling efforts. Such sterling individuals were a joy to meet and learn from. About 15 per cent of NGOs would fall in this ‘passionately-run’ category. Then there are wealthy people with much money and they could hire competent people to man their NGOs, which were ‘professionally- run’ and this category would constitute 10 per cent of NGOs. Thus 25 per cent of NGOs are in the competent category.

Then we come to the ‘corrupt’ category. These are operated with a view to siphoning off government subsidies of all kinds which the government periodically feels that it must give to the poor. About 55 per cent of NGOs are operated by simple-minded individuals who are fortunate enough to be born as relatives of the “vested interests”, which proliferate in all societies whether capitalist, socialist or whatever! Wives and daughters, uncles and aunts, cousins, nephews or nieces are all operating NGOs. These NGOs have a short ñ shelf-life depending upon the sustaining power of the “vested interests”. Many NGOs especially in the microfinance sector fall in this category.

These views may be terribly jaundiced and biased and wholly erroneous and will necessarily have to be taken with many pinches of salt. But these should serve as a caution for all those dealing with NGOs. It would be always better to work with good NGOs as there is a lot to learn from them. My best experiences were with a NGO run by two ‘de-frocked’ priests from Kerala who were working in a rural area in Odisha and who had the temperament, skills and ability to work among the tribal people, win their trust (a very difficult task indeed) and retain their credibility with the Bankers (an even more difficult task). We are living in very interesting times and I am sure that all those working with NGOs will have very interesting experiences to narrate.