Digital India’s real test will be in bridging the digital divide in India. In a way, Prime Minister’s call for improving centre-state relations will be proven by how well the Digital India furthers the cause of federalism. Decentralisation has to be at the core of e-governance strategy. 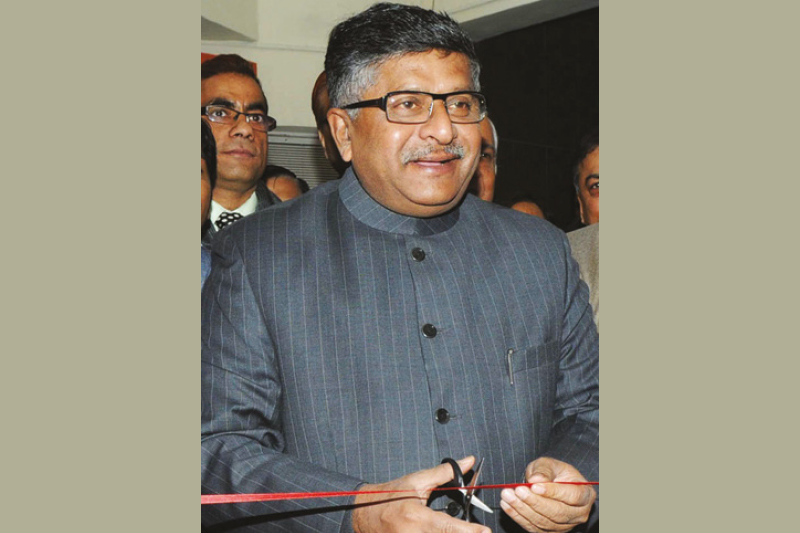 Digital India’s real test will be in bridging the digital divide in India. In a way, Prime Minister’s call for improving centre-state relations will be proven by how well the Digital India furthers the cause of federalism. Decentralisation has to be at the core of e-governance strategy.

India has 900 million mobile phones; revolution has happened despite the government. The smart phone consumption is second highest in the world after US. Internet penetration is now 300 million, second only to China. Indians have a fascination for technology. “To leverage this great fascination of Indians for technology, our Prime Minister has unleashed the programme Digital India. He said, IT + IT = IT—India’s Talent and Information Technology is equal to India Tomorrow—we have to ensure that,” says Ravi Shankar Prasad, Union Minister for Communications & Information Technology.

The Digital India has set a target for covering 250,000 villages through broadband by March 2017, at a cost of ₹47.50 billion. Undoubtedly, it’s an uphill task with a tight deadline.

He says, there has to be a multi-pronged strategy to make it happen. While the National Optical Fibre Network (NOFN) may not be able to achieve this in all the villages, there is a need to use VSAT-based State Wide Area Network in an aggressive way. The government can even explore drones and balloon in remote areas or the cable in urban areas.

To make the e-governance plan transformative, Digital India has to be demand-driven. This calls for better understanding of the needs of the masses. “The day broadband reaches every Panchayat, you would have created the enabling atmosphere. It is a truly transformational programme. I want a great explosion of e-commerce in India in which NOFN will come to play a big role,” says Prasad.

E-governance in states will not just improve the lives of the citizens but also help many weaker states shore up revenues, plug leakages and enhance fiscal consolidation. Many states have already demonstrated huge revenue growth when they implemented an e-governance project successfully. This should drive both states and centre to hasten the process decentralisation of the Digital India plan.

“PM Narendra Modi has already said that everyone should have access to the Internet.”

“We feel that the Internet is the creation of human mind. Internet should have linkages to the common man in a non-discriminatory manner. Internet belongs to entire humanity and not to a few.”

“We must strive for non-discriminatory net architecture.”

“When we talk of net-neutrality there are many implications…advantages, limitations, the kind of architecture that we need to address it, the technical and regulatory, we need to examine the best practices that are available globally.”

The UN e-Government Survey 2014 says, “The adverse impact of lack of relevant content contributes to the digital divide in two ways. First, barriers to Internet and secondly, of those who can access the Internet, the majority cannot speak English. Unless users have some knowledge of the English language—regardless of how good machine translators become—they will be barred from the vast reservoir of information available in the electronic world.”

Prasad wants Digital India to avert this mistake by providing local content in as many languages as possible. To make sure people walk the digital highways, the government has to ensure local language content while providing information on all e-governance projects.

Apart from the efforts to increase local content, conscious efforts have to be made to increase digital literacy and skill development in rural areas. This is necessary for the country to prepare an army of IT-skilled manpower which can meet the growing demand of the IT and telecom sector.

The Digital India initiative should not just aim at improving governance and raising manufacturing output. The PM’s initiatives have to be leveraged to push IT services exports significantly so that India is in a position to offset the trade deficit on the electronic imports.

While the domestic demand for hardware is projected to touch $400 billion by 2020, domestic production can reach only $100 billion, necessitating imports to touch a whopping $400 billion. “We realised early on that duty structures needed to change, we have to encourage domestic manufacturing and discourage imports. Duty structures have changed and we are on our way to realise the potential of domestic electronic manufacturing that could offer jobs to 20 million people directly.”