External sector plays a crucial role in economic expansion of a country. In this article C Rangarajan examines the recent developments in India’s external sector and addresses some critical issues such as the appropriate level of current account deficit, exchange rate policy, foreign trade and capital flows 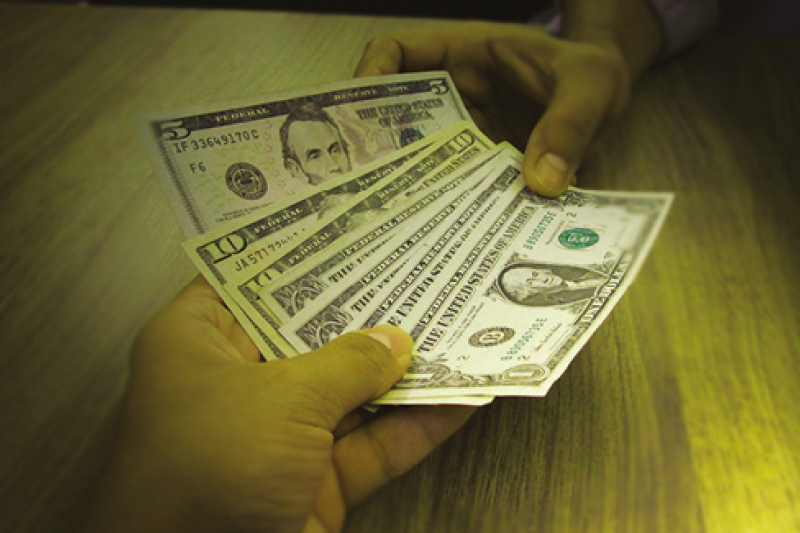 As we embarked on a period of planning after independence, import substitution constituted a major component of India’s trade and industrial policies. Planners, more or less, chose to ignore the option of foreign trade as a stimulant of economic growth. This was primarily due to the highly pessimistic view taken on the potential of export earnings.

A further impetus to the inward orientation was provided by the existence of a vast domestic market. In retrospect, it is now clear that the policymakers underestimated not only the export possibilities but also the import intensity of the import substitution process itself. As a consequence, India’s share of total world exports declined from 1.91 per cent in 1950 to about 0.53 per cent in 1992.

The inward looking industrialisation process did result in high rates of industrial growth between 1956 and 1966. However, several weaknesses of such a process of industrialisation soon became evident, as inefficiencies crept into the system and the economy turned into an increasingly ‘high-cost’ one. Over a period of time this led to a ‘technological lag’ and also resulted in poor export performance.

While, over time, some change in the attitude towards exports became perceptible, it will be correct to say that until the end of the 1970s import substitution over a wide area of production remained the basic premise of the development strategy.

The big change occurred in the early 1990’s as part of the liberalisation programme. Quantitative restrictions on imports were knocked down step-by-step. All import-licensing lists were eliminated and a “negative” list was established. Except consumer goods, almost all capital and intermediate goods could be freely imported subject to tariffs. Alongside, the import tariff rates were steadily brought down. According to one study, the weighted mean of tariff rates on manufactured products came down from 76.3 per cent in 1990 to 31.5 per cent in 2000 and by 2009, it is estimated to have come down to 8.3 per cent. Even the simple mean tariff rate on manufactured products as of 2009 came down to 10.2 per cent (World Bank, 2014).

However, within a short period of one year, i.e., by March 1993, India moved from the dual exchange tariff rate to a single market determined exchange rate system. This followed the recommendations made by the High Level Committee on Balance of Payments of which I was the Chairman. The market determined exchange rate system does not preclude interventions by the central bank. Almost all central banks particularly in developing countries do to guide the rate. The new system has stood the country in good stead, even though there were great fears and trepidations at the time when it was introduced. The Indian currency became convertible on current account in 1994.

The third important change occurred with respect to the financing of the current account deficit and that is with respect to capital flows. Prior to 1991, the major source of financing the current account deficit was multilateral and bilateral assistance, external commercial borrowing to a limited extent and NRI deposits. The attitude towards foreign direct investment and portfolio investment was restrictive. In fact, the then existing regulations did not permit foreign investors to have majority ownership in Indian companies.

All these changed in the wake of the liberalisation process. The foreign direct investment is now permitted over a number of sectors where the foreign ownership can be as high as 100 per cent. The sectoral caps, however, continue to exist. With respect to portfolio investment, the regulators recognise certain institutions as authorised Financial Institutional Investors (FIIs) and permit them to make investments in the Indian stock market. This was a new opening. Thus the new trade regime combined with changes in the exchange rate regime and the flow of capital has completely altered the contours of India’s external sector. It can be claimed that India’s balance of payments has never been as comfortable as it has been since 1992-93 except for short hiccups in 2008 and 2013. Prior to 1992-93, the balance of payments crisis was chronic. India had to approach IMF periodically. It went to IMF in 1981 for an Extended Fund Facility. A decade later in 1991, it had to seek assistance from IMF again.

Prior to 1991, the major source of financing the current account deficit was multilateral and bilateral assistance, external commercial borrowing to a limited extent and NRI deposits.

On the other hand, FII inflows while increasing steadily from $2.6 billion in 2000-01 to $126.9 billion in 2012-13 have shown significant variations in annual flows. In 2008-09, there was an outflow of $14 billion. In 2013-14, as mentioned earlier, there were severe outflows in several months and the overall inflows during the year came to $4.8 billion. Non-resident deposits have again fluctuated within a narrow range. However, there has been a strong pickup since 2011-12. The very large increase in non-resident deposits in 2013-14 was because of the special swap facilities.

India’s exports are influenced largely by the trends in the world output. Petroleum products which constituted 20 per cent of India’s exports may come down in value terms at least in the coming few years. India is a heavy net importer of oil and therefore the impact of reduction in oil prices taking exports and imports together will be favourable. Besides improving the competitiveness of our exports, new markets must be explored. The direction of trade must shift towards countries, which are growing faster. Maintaining price stability is also a key to ensuring our competitiveness.

India’s imports will rise as the economy grows faster. But there are some products, which have shown an extraordinary increase and they need to be watched. There has been a steady increase in the import of petroleum products. Thanks to the recent reduction in oil price, this may be a less of an area of concern for the next few years. But the reduction in oil price may not be permanent. In a few years from now, supply and demand will find a new equilibrium and there can be an increase in price.

The desire for gold is part of the psyche of the Indian society. It takes time to bring about attitudinal changes. However, the sudden increase in the import of gold is also attributable to high inflation in India and inadequate return on financial assets as compared with gold holding. The present customs duty on gold is reasonable. As inflation comes down, one can see a reduction in the import of gold.

A strong domestic base for the production of electronic goods needs to be created because the demand for such goods will increase as income increases.

In the context of the need to promote exports and to maintain a low level of current account deficit, what should be the appropriate policy towards exchange rate management? For more than a decade now, developed countries have not intervened in the foreign exchange market. They let the markets determine the exchange rate. However, developing countries do not follow this practice. They do intervene and some of them try hard to maintain an undervalued currency. The stated policy of the Reserve Bank of India (RBI) is that it has no specific target and that it intervenes only to reduce volatility. This is only partially true. For example, in 2007-08 when there was a huge inflow of capital, to prevent appreciation, the RBI entered the market and bought dollars. This was responsible for the sharp increase in reserves.

India’s near-term prospects of the balance of payments are encouraging. Thanks to the substantial reduction in oil prices, India’s current account deficit will fall sharply this year as well as next year. The worrying factor is the sluggish growth in exports. There is also some risk with respect to capital flows. There are signs of strong recovery in the US economy. A shift in monetary policy in US could occur at any time, in which case it will have an adverse effect on capital flows. The impact will be much more on portfolio debt flows, which are extremely sensitive to changes in interest rate. However, so long as the current account deficit remains modest, financing it should not pose a problem.

The medium-term compulsions are very clear. While availability of capital flows may not be the binding constraint, we need to work towards a much lower current account deficit than we had seen in recent years. We must also be prepared for the day when oil prices begin to rise. The vagaries of capital flows not necessarily caused by our domestic situation, result in sudden shocks. We must aim at keeping the current account deficit in the region of 1 to 1.5 per cent of GDP.

A faster rate of export growth has become imperative, even though much will depend upon global output and trade. Given the fact that India’s share in global exports is less than 2 per cent, to carve out a higher share in the world’s exports is very much in the realm of possibility, even if the world output and trade move up slowly. Apart from product specific and country specific actions, what is needed is an appropriate domestic policy environment.

The main ingredients of such a policy framework are:

(1) Inflation must be kept low and this will ensure export competitiveness and contain some imports like gold;

(2) Fiscal consolidation must be pursued vigorously and this will bridge the gap between investment and savings, which is in fact the other side of the current account deficit;

(3) An appropriate pricing policy must be in place and this will help to contain oil imports particularly when their prices start rising;

(4) Policies that can help to increase domestic production of items such as coal and electronic goods must be adopted and finally; and,

(5) An appropriate exchange rate policy will be a facilitating factor.
The external sector if well managed has all the potential to serve as an additional engine of growth.