One of the major mandate in the SEBI Act is to work towards the growth and development of the markets. Some of the measures that we have taken have been precisely guided by this mandate, says U K Sinha

By U K Sinha 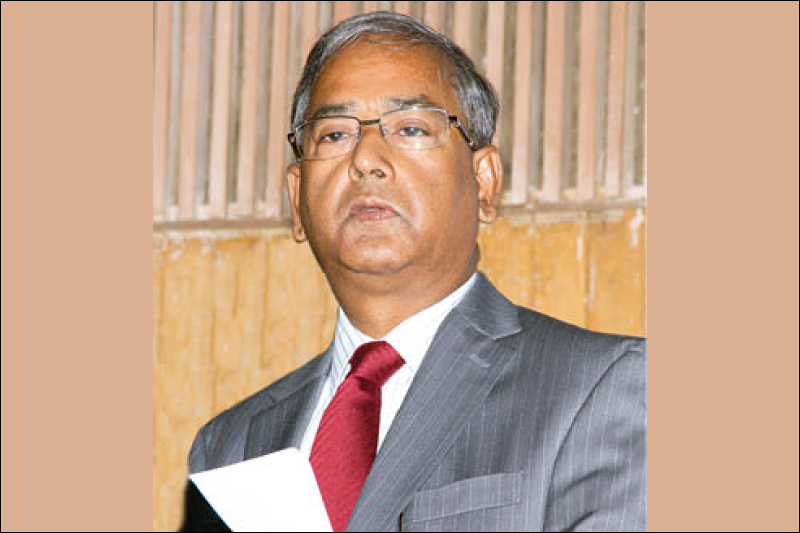 When I look at aspiring India, two kinds of people come to my mind: first, the entrepreneurs in need of raising capital, and second, the common masses who are savers and what SEBI or the larger ecosystem could do to help them realise thier aspirations.

In many parts of the world, the regulators confine themselves being effective implementer of various policies and they pride themselves on being proactive in punishing people in case of violation. While that remains our mandate too, we believe that in a growing economy like ours, the role of regulator perhaps needs to be more directed towards development of the market.

Government and SEBI have been trying in the last two decades to help SMEs raise capital from the market, but sadly all the experiments have failed. Since 2012, we have taken a structured approach towards providing market access to SMEs and it’s been a success. 65 companies have got listed on the SME platform of both BSE and NSE – BSE is much larger than NSE on this as of now. The amount raised by these companies is around Rs 6 billion. The market capitalisation of these companies at the time of listing was around Rs 24 billion, which has jumped to Rs 75 billion in last few years.

More and more companies are accessing markets today. Apart from handholding by NSE and BSE, SIDBI has identified clusters across the country to support SMEs and make them stakeholders in this process.

Another initiative, which we have taken in this regard, is called institutional trading platform and ever since its introduction in October 2013, six companies have got listed. The feedback from the venture capital and private equity industry is that they are finding it extremely helpful for their growth as well. Even the angel investors can participate through this route

In developed markets – USA, UK, Singapore, Australia, Japan – the Real Estate Investment Trust (REIT) has been a significant vehicle for investors to take advantage of the growth in the real estate industry. Additionally, it releases funds for the developers so that they can utilise it for further development. Finance minister Arun Jaitley’s proposed incentives for REITS, which are listed entities that primarily invest in leased office and retail assets, allowing developers to raise funds by selling completed buildings to investors and listing them as a trust, is a step in the right direction.

Rightly so, the issue has been raised about corporate bond market. R H Patil Committee report is in frequent circulation – this suggests a number of measures for improvement in corporate bond market. For example, if you are a listed company and you want to issue bonds there was a requirement that you have to come out with a very detailed disclosure document and draft prospectus. All those things have now been done away with. The simplification of procedure has taken place.

Taxation is another area where SEBI is keeping a close vigil. There are anomalies in tax-free bonds. For example, if a bond has been issued in the infrastructure sector, level of withholding tax for that particular FII is vastly different from the withholding tax imposed on others. This scenario requires a different set of rules for domestic institutional investor and foreign institutional investor. We are aware of this the needful is being done.

Our role is primarily to provide an optimum level of trust in the market in addition to ease and convenience to the investors. They have shown their faith in the markets. Now the concern is, what is the growth potential of the country?

SEBI in conjunction with NCAER did a survey in 2011, which found out that about two-thirds of the investors were investing in the market either on the advice of their friends or relatives or by reading newspapers. So, we came out with our investor advisor regulation. Our objective is to educate the investor so that he can take informed decisions without any external influence.

The area, which needs to be covered, that affects almost all is how to avoid conflict of interest. You are recommending a particular scrip but are you also holding that scrip, do you have any conflict situation there or not, what are the disclosure requirements, how do you ensure transparency in these areas, what is the code of conduct that you need to follow and what is the restriction on the trading that should be provided – these are some of the areas in which the research analysts regulation will be effective.

The government has come out with an ordinance to provide that if no other regulator is looking into a particular deposit taking activity and if the size of the corpus is Rs 10 million or more, there would be a legal presumption that this is a collective investment scheme and SEBI will be having regulatory jurisdiction in that matter. We have taken action and in more than 25 such cases have passed orders. Such companies have been stopped from raising money.

It is my wish that the government considers this ordinance to be converted into an Act soon. Nearly 20 states and union territories have already come out with their own law for protection of investors. SEBI has requested rest of the states to pass similar legislations in investor interest. The idea is that if there is any attempt to raise money by taking advantage of legal or regulatory loopholes, it should be curbed. SEBI is vigilant, cautious and also committed to ensure safer markets for all its investors – retail or institutional.