In the run up to the highly anticipated General election 2014, Narendra Modi’s persuasion of the ‘middle class’ or the ‘neo middle class’ in his public discourse was a fascinating development in itself. Political rhetoric aside, this was perhaps the first time that a politician had publically and rather boldly wooed the middle and aspiring class. This exemplifies that India is now undergoing a churn, where the old order is giving way to the new, opines Rajesh Shukla 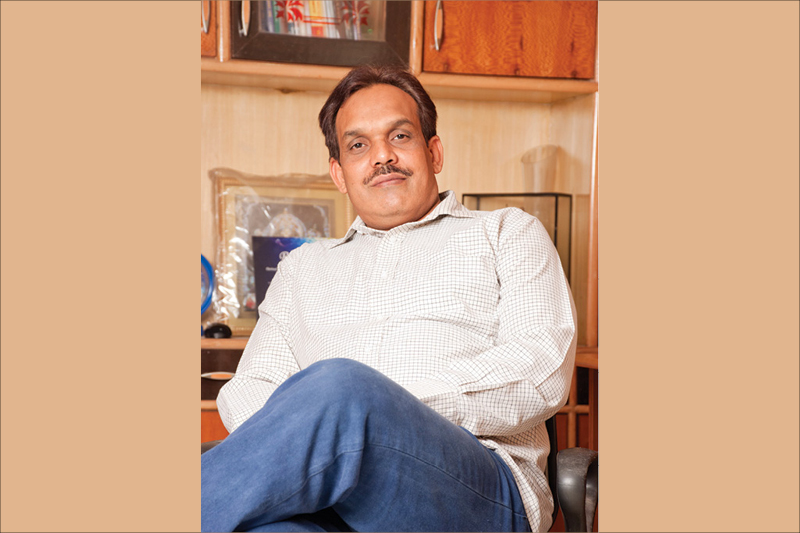 While the middle class in India has been a topic of intense debate, it has always been considered a self-absorbed entity, detached from electoral politics. It is only in the last few years that we have seen it shedding its so called political apathy. According to my understanding, this apathy was an outcome of the realisation that their numerical strength was insufficient for them to be a pivotal force in electoral politics. This in turn implied that their influence on politicians and thus public policy was limited.

However, over the past decade, phenomenal growth and the communications revolution have completely altered the milieu in which politics operates. While it is undeniable that the numerical strength of the middle class has risen quite dramatically, whichever definition one might take, the concomitant communications revolution has ensured that its voice gets magnified many times over. Their outpouring of support to the Anna Hazare movement and their subsequent public demonstrations, which shook the very foundations of the old political order, is proof of their growing impact.

While there exist many estimates of the middle class, most of them are based on the NSS consumption expenditure data. My own estimates, based on income data, middle class India, is actually upper-class India, comprising the top 20 per cent of India’s income earners. Considering the observed GDP growth of 5.4 per cent p.a. from 2010-11 to 2013-14, ten million households have entered into the category of the middle class category respectively. Intuitively, higher GDP growth would have translated to a higher number moving up the income distribution and a greater reduction in those classified as deprived. The table below which provides estimates of the same does indicate that the fastest growth in the number of households is observed in the middle class and the rich category.

“While the middle class in India has been a topic of intense debate, it has always been considered a self-absorbed entity, detached from electoral politics. It is only in the last few years that we have seen it shedding its so-called political apathy”

So electorally it might be a pivotal force in a limited number of constituencies particularly in urban and semi-urban India. However, it is important to make a distinction. These estimates of the middle class are based on income, in order to estimate the cumulative purchasing power of this group. They do not take into account ‘middle class values’. It is quite possible for households who have been excluded from this definition of the middle class to have similar values and beliefs as those comprising the middle class. This class, with values and ideals similar to the middle class, lying just below the latter on the income distribution, is what I have often referred to as the Aspirers.

By 2013-14, with similar assumption, households in the ‘Aspirers’ category would reach an estimated 74.9 million, accounting for about 30 per cent of all households. Thus between them, the two (Aspirers and Middle Class) is accounted for 46 per cent of all households. To my mind, it is these groups, the middle and those seeking to enter the ranks of the middle that have played a decisive role in the 2014 election.

Intuitively, higher GDP growth would have translated to a higher number moving up the income distribution and a greater reduction in those classified as ‘Deprived’. The table, which provides estimates of the same, does indicate that the fastest growth in the number of households is observed in the middle class and the rich category.

Before venturing into an exploration of the role and impact of the middle class on public policy, one must examine its geographical distribution. The states which account for bulk of the middle class households are Maharashtra, Delhi, Uttar Pradesh, Andhra Pradesh, Tamil Nadu, Punjab, Karnataka, Haryana, Gujarat and Kerala. Interestingly, with the exception of Uttar Pradesh, most of the other states have levels of urbanisation that are higher than the all India estimate.

For example, the states of Punjab, Haryana, Gujarat, Maharashtra, Karnataka and Tamil Nadu have urbanisation levels that are higher than the all India estimate. Additionally, both Andhra Pradesh and Kerala have urbanisation levels that are only marginally lower than the all India estimate. Taken together, these states account for large portion of 542 seats that make up the Lok Sabha.

On the other hand though, political commentators, drawing on the integral role played by the middle class in the functioning of democracy in the west, bemoaned not only their lack of participation but also their reluctance in playing a constructive role in India. However, their recent shrill outbursts, over the spate of scams that have engulfed the nation, coupled with the outpouring of sympathy and support to the non-political, self proclaimed upholders of democracy and justice has caught many off guard. Their silence and self-serving attitude, which many were accustomed to, has now been replaced by a deep seated desire to cleanse the system. What explains this ‘sudden’ volte-face? While many explanations have been proffered to account for this reversal, mine is premised not on the level of inequality but rather on the changing structure of inequality.

Let me elucidate. Electoral success and as a consequence policy inclination of the government towards either reforms or redistribution will increasingly be determined by a coalition between two of the three income categories (the three income categories being – poor, middle and rich). This implies that the preferences of middle-income voters will increasingly play a pivotal role in determining the outcome of electoral contests (Lupu and Pontusson, 2011). The probability of the middle income group aligning with the poor and thus favoring redistributive policies rises with the compression of the lower end of the distribution.

In order to explore this hypothesis we analyse wage data from three NSS employment and unemployment surveys dating back to ‘99-00. We observed the declining 50/10 ratio over the decade implies a compression of earnings of the lower half, while the rising 90/50 ratio implies, widening of the gap. Given the well known problems of underestimation, the 90/50 ratio may well be higher as underestimation is more likely to occur at the top end of the distribution.

Compression at the lower end of the distribution implies that relatively small income gains or losses may result in much bigger movements across the distribution which may aggravate the middles economic insecurity. With income gains being a relatively recent phenomenon, the economic insecurity of falling behind, coupled with rising inflation which is fast eroding their purchasing power, is contributing to the middle income class’s anguish over the lack of reforms.

Mobility between income groups is also a source of affinity between income groups which also influences the group’s decision to align with a particular category (Shayo, 2009). A lower 90/50 ratio, as we observe, implies more affinity with the rich, which explains the demand for reforms. On the other hand it is quite probable that if the 50/10 ratio declines further and the 90/50 ratio continues to rise, the probability of the middle-income voters aligning with the low-income category and favoring redistributive policies rises.

The middle class’ demand for reforms is the result of a growing realisation of the widening income differential between the middle and the rich. It is a realisation, reinforced by the unending revelations of corruption, which have augmented the perceived distance between the middle and the rich, of the unequal distribution of gains accruing from the spectacular growth achieved over the last decade. The threat of getting stuck at the current income levels, coupled with the redistributive policies in favor of the poor, which reduces the income differential between the middle and the poor, is leading to the demand of a systematic cleaning of the system, which the middle class believes will enable a more equitable distribution of the gains from growth.

With national discourse on governance and public policy increasingly driven by these two classes, one of the questions that we should be asking is whether the reach of the middle class and by extension its values extend beyond the urban areas influencing those in the semi-urban areas? To what extent will middle class views shape those of the Aspirers? It is interesting to point out that while in the aftermath of the 2009 elections, the UPA believed that it was because of MGNREGA that it got voted back to power, the alternate more compelling narrative is that the UPA gained more in urban middle class constituencies. The educated young and vibrant section in the liberalised era, fed on a dose of meritocracy and the promise of a level playing field, is increasingly realising that the reality is vastly different.

The rate at which ‘Aspirer’ Households will be added to the ranks of the middle will depend on inclusive policies. By next general election 2019, over half of the total Indian populace will belong to the categories of the vocal ‘Aspirers’ and the ‘Middle Class’ which will play a very decisive role in Indian politics and public policy. Thus if one wants to understand the middle class of tomorrow, one must start with understanding the ‘Aspirers’ of today.