We had seen it coming for a long time. For three primary reasons – disgust, hope and common sense. Disgust at the way the nation was being run, or not run; hope that it would someday all be rectified, and common sense that said someone would definitely come forward. 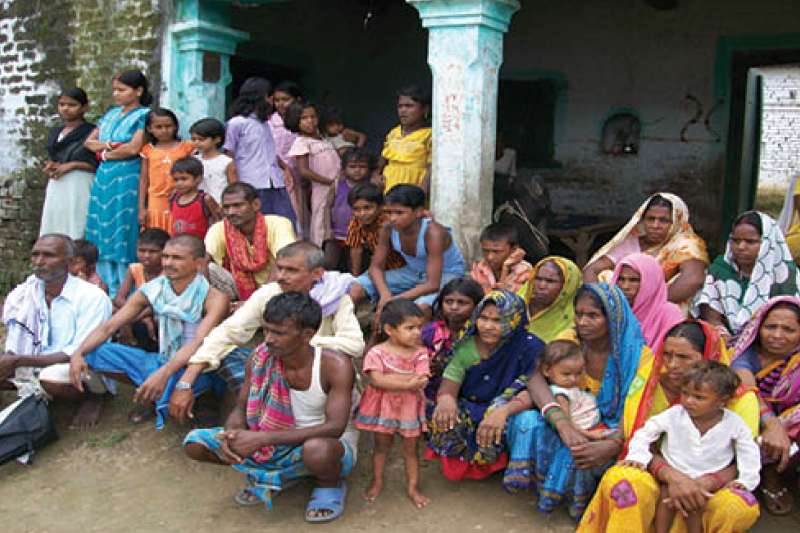 We had seen it coming for a long time. For three primary reasons – disgust, hope and common sense. Disgust at the way the nation was being run, or not run; hope that it would someday all be rectified, and common sense that said someone would definitely come forward.

Narendra Modi has come forward, and what a stepping forth it is.

It is said that evolution is improvement, refinement and good for all. The universe evolved, our solar system did and so did we evolve on earth.

But in the ten years of the UPA government, how did we evolve from a nation of aspirations and good hope to naked greed and utter hopelessness? What kind of evolution is that? It’s like Gordon Gekko from Wall Street, playing all over again, saying: “Greed is good”. We have actually regressed, not evolved. The economy is in shambles, the rupee is taking a bashing, business is limping, youth are dispirited, we are calling everyone corrupt and our national morale and pride are at their lowest.

But how did we allow it to happen in the first place, and then to perpetuate? Were we so numb with disbelief and denial that we did not know what to do about it?

No. True, we allowed it to happen. Of that we must take responsibility. But we were watching.

“We are talking about intellectual, spiritual and causal elevation. One that comes from the courage and will to preform and one that gives a clear view of the road ahead and things to come”

This takes us back to an enduring image of the early 19th century Wild West. A feather-clad Indian chief would sit on a towering hillock astride his mustang, holding a carved-wood spear in one hand and shielding his eyes with the other. From where he stood, he had a clear view of the horizon, from edge to edge. Far away on the horizon, he would spot a little cloud of dust. He knew that a hard-driving rider was on his way. The rider knew where he wanted to go but there was a screen of dust around him. Yet, he pounded away relentlessly. The Indian saw it all – the rider’s struggle from one end of the horizon to the other. He knew where the rider was headed. Sure he did.

While Modi travelled the length and breadth of the nation, telling people what he had done and what he wanted to do, we sat like the Indian, watching him, wishing him well.

We were not helpless. We were hopeful. And we had common sense. We knew that only those who dare to struggle reach.

Our rider has reached 7, Race Course Road – a little travel-weary but bursting with energy to undo what has been done; to do what was always needed to be done, and; to set the nation on a course of growth and progress like never before. His government is in place and it has begun working in right earnest. The climb is arduous, to say the least, but that’s what brings Modi to Delhi.

He has caught the imagination of everyone, across caste, religion and region. And the reasons are simple – he represents the hopes and aspirations of the entire nation. How did we begin to pin so much hope on him? Was it a reaction to the UPA misrule? Not really. In Gujarat, Modi proved decisively how common sense, good governance and sheer hard work translate into sustainable development. He worked at every aspect of the economy, administration, society and polity. He galvanised the administrative apparatus, making it responsive and proactive. Like tilling and furrowing prepare a field for sowing, Modi loosened up the starch in the official classes, making them listen to people with patience and with concern. And he made sure the officials answered to people’s questions, addressed their concerns and acted on time and with alacrity. He made the official machinery do what it was primarily designed to do – work for people. Simple.

This is the logic and lesson taken to every level of the society and economy. People, too, have become increasingly aware of their need to unburden the system of corruption and nepotism. As a result, there is a calming sense of parity between expectations and outcomes. There is no rocket science in thinking right. It is tough, rigorous and relentless. Modi represents all of these. Leaders need to be elevated. No, not sitting in hypoxic ivory towers, isolated and clueless and delusional.

We are talking about intellectual, spiritual and causal elevation. One that comes from the courage and will to preform and one that gives a clear view of the road ahead and things to come. That is the difference between sight and vision.

And that’s precisely why Modi has abolished the GoMs and and eGoMs – grey towers-of-power, far from reality, reeling from functional vertigo. Completely devoid of vision!

Poor industrial performance takes everyone down. And industry and business have been waiting for a man like him – someone who thinks like a business-leader, takes bold decisions, stays resolute and has the foresightedness to clear the path along the way

To pull a country like India out of its economic morass you need political will at first place, anything else later. There are enough economists and experts sitting with their own compasses pointing this way and that. It is a leadership willing to take the risks and with the courage to pay for them, that will bring development, growth and sustainable prosperity. Naysayers will argue that India is not Gujarat – it is too big for one man and one term to really make any difference. Of course, India is not Gujarat. Of course, India’s ills are far greater and more complex than those of Gujarat. But Gujarat is also not Europe or the USA – it is very much India. And, if Modi has made Gujarat tick the way it has been ticking, it is our confidence that he will make India tick, too.

Just like poverty, development is a self-perpetuating process. You touch one group off and others are ignited. Poor industrial performance takes everyone down. And industry and business have been waiting for a man like him – someone who thinks like a business-leader, takes bold decisions, stays resolute and has the foresightedness to clear the path along the way. Just removing the bottlenecks to decision-making and curing the bureaucracy of its crippling policy-paralysis will itself kick-start the stalled economic engine. The rest will follow.

A nation without a leader is not much different from an army without a general. We’ve been without much of a prime minister for a number of years and it’s telling on us.

It took a Lee Kuan Yew nearly half-a-century to propel a sputtering Singapore into prosperity, sustainable development and global fame and it is now synonymous with good governance. It is our collective confidence that Modi will make India the new India.

There is a saying, well begun is half done.