A new government is given mandate at the Centre and there are expectations that all the ills of the nation will be cured. The problems are deep rooted and each segment of economic policy needs to be provided clear-cut objectives, autonomy of operations and accountability, which can be monitored, says S S Tarapore 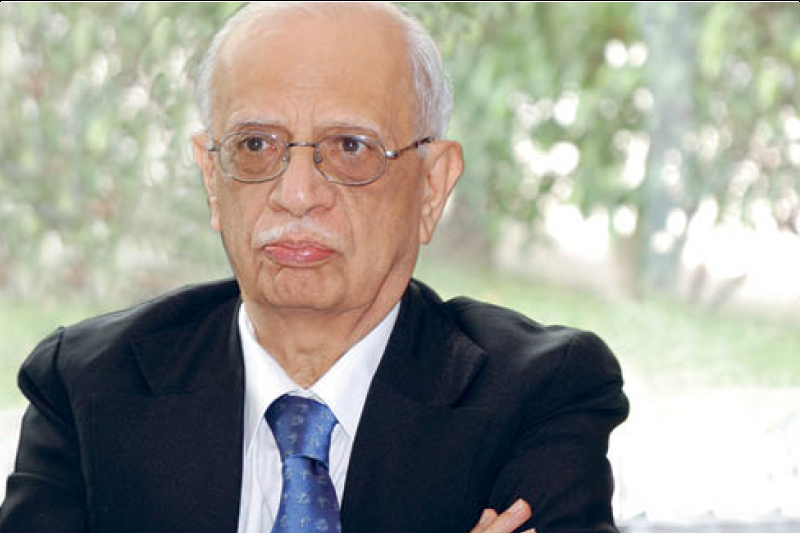 There have been loud noises about a total overhaul of the financial system and eager beavers are talking about ramming through major financial legislative reforms without undertaking consultations with all concerned economic agents and undertaking due Parliamentary processes. The new government, which has a clear mandate, needs to examine the myriad of recommendations with a toothcomb to ensure that these recommendations are consistent with the basic philosophy of the new government to bring about a more Inclusive Society.

The Financial Sector Legislative Reforms Commission- March 2013 (Chairman Justice B N Srikrishna) has recommended a total abrogation of all financial laws and the introduction of a single Indian Financial Code. Breathtaking as these recommendations are, they raise more problems than they solve and a responsible government cannot rush into sweeping legislative reforms without a comprehensive assessment of the implications. Each recommendation has to be put through the acid test of whether it brings about an alleviation of what Susan George calls “How the Other Half Dies” As part of effective governance there has to be some prioritisation in implementing measures. This paper focuses on only a few select issues for immediate consideration.

Inflation hurts the weakest segments the most and allowing inflation to be deeply entrenched is inconsistent with the endeavour to attain a more Inclusive Society. The government, in consultation with the Reserve Bank of India (RBI), would be well advised to set out a single objective of monetary policy, viz., control of inflation within a specified limit based on the Consumer Price Index (CPI), say for a two or three year period.

Once the objectives are made public and the RBI is given unfettered instrument independence, it would only be appropriate that the RBI would be made accountable to Parliament for achieving the objectives. The government could always change the objectives, under very exceptional circumstances (such as raising or lowering the inflation objective) but such changes in the mandate along with the reasons for doing so should be put in the public domain.

The RBI could then set up a five-member Monetary Policy Committee (MPC) with three Executives and two part-time non-Executive members, empowered to take decisions on monetary policy. Such a structure is desirable as ultimately; it is the executive and not the advisory, which is accountable.

The government, in consultation with the RBI should clearly enunciate the objectives of monetary policy in a statement along with the Regular Budget for 2014-15. While legislative changes to empower the MPC could be taken up separately, a non-statutory MPC should be set up immediately.

For many decades, the Indian banking system has predominantly been a public sector banking system, accounting for close to 80 per cent of the total system, while the rest consisted of old private sector banks and foreign banks. Since 1993, this has changed, albeit in a limited manner. Since then, a few private sector banks have been licensed. In the more recent period there has been some talk about the possible licensing of differentiated banks such as payments banks, wholesale banks either for investment or consumption but these thoughts are still at the drawing board stage.

Basic Flaws in the Structure of Public Sector Banks (PSBs)

For all intents and purposes, the structure of the PSBs remains broadly the same as at the time of nationalisation. Governments of different hues have not deemed it appropriate to reduce the minimum government holding below 51 per cent. Various Committees, since 1998, have cautioned that the government would not be in a position to meet the capital requirements for these banks. In the period up to 2018 the PSBs would need to raise about Rs 4.5 trillion and there is no way in which the government can meet the capital requirements of these banks and yet maintain the 51 per cent minimum government holding.

The ostensible reason for the 51 per cent minimum government holding is that these banks are expected to subserve certain social priorities. A major flaw in the recapitalisation of the PSBs is that the weaker the bank the larger the government recapitalisation. Such an approach results in the weaker and stronger PSBs; all growing at more or less the same pace and this leads to a weak PSB system. If political economy considerations do not enable the present government to reduce the government’s share below 51 per cent, a few alternatives could be considered.

First, the government can limit its capital contribution to the profits received from each bank. To ensure that the 51 per cent rule is adhered to only the stronger PSBs can grow while the weaker PSBs would stagnate and as such the overall PSB system would strengthen. If this approach is acceptable the share of PSBs in the banking system would gradually come down but still remain predominant.

Secondly, the 51 per cent majority ownership by the government could subsume the holdings in the PSBs by other public sector units (PSUs). The inter-locking of capital holding by PSBs and PSUs may not be the best solution but it does overcome the political economy problems of insisting on 51 per cent public sector holding.

Thirdly, a holding company concept is being mooted to reduce the adverse impact of excessive intrusion in the working of PSBs. It is conceivable that weak PSBs could piggy-back on the stronger PSBs, thereby weakening the PSBs system as a whole.

Cartelisation of Interest Rates by Banks

There is an erroneous approach to interest rates in relation to financial inclusion. It is postulated that financial inclusion requires low interest rates. Although the Savings Bank interest rate control has been removed by the RBI, other than a few small banks, most banks have retained the erstwhile controlled rate of 4 per cent. While each bank fixes its own structure of lending and fixed deposit rates, they fix a uniform rate of 4 per cent for Savings Bank deposits.

This smacks of cartelisation. It is unfortunate that neither the RBI nor the Competition Commission sees this as a case of cartelisation. So long as the authorities show a Nelson’s Eye to cartelisation of the Savings Bank interest rate, the disadvantaged would be discriminated against and financial inclusion would remain a pipe dream. Only an amicus curiae can break this unholy nexus of banks.

Financial Inclusion: an Illusory Dream without a Postal Bank

Postal Bank Mooted in the 1980s: Way back in the 1980s S Venkitaramanan, the then Finance Secretary, had advocated the setting up of a Postal Bank and he reiterated this proposal after he became Governor of the RBI in 1990. The mandarins in the Ministry of Finance shot down the proposal on entirely erroneous grounds. It was argued that if a Postal Bank were set up there would be a quantum jump in the Union Budget deficit.

Handling of Pre-Zero Liabilities: The issue of the pre-zero liabilities can be easily handled without any major disruption to government finances. First, the balances in the pre-zero Savings Bank accounts could be made the liability of the new Postal Bank and the government could issue non-negotiable securities of varying maturities ranging from treasury bills to long-term bonds at a interest rate somewhat above the current Savings Bank interest rate to cover operational expenses and possible increase in interest rates. Secondly, all pre-zero time deposit liabilities could be extinguished by the government on maturity but fresh time deposit liabilities could be the liability of the Postal Bank.

Postal Bank Capital Requirement: It is estimated that the Postal Bank will need a capital of Rs 18 billion; of this the government would need to provide Rs 6.23 billion while the rest would be raised from the market. The Postal Bank would be of a very different genre than the existing PSBs and as such would have its own niche area of operations, particularly in the area of financial inclusion.

Payments Bank: An idea has been floated of making the Postal system into a Payments Bank. This would stunt the development of the Postal Bank and more importantly subserve the basic objective of financial inclusion.