The historical inactivity of decision-making has impacted disabled the most in India. Neither are any decisions taken to help them live with dignity, nor is anyone bothered about this small constituency, which is not a vote bank. Team INCLUSION analyses 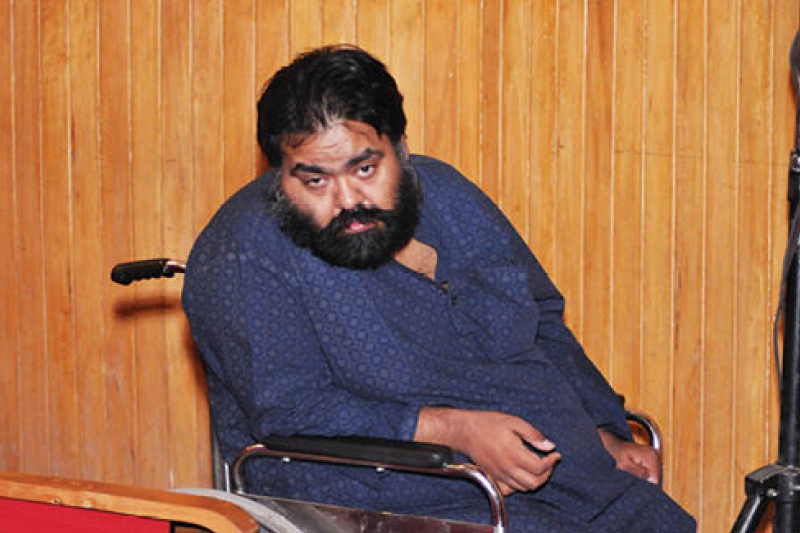 Financial inclusion is integral to economic development and growth. With the advancement in technology and expansion of banking services people are getting increasingly dependent on debit and credit cards, cheque-books and Internet and telephone banking in their day-to-day activities. Imagine suddenly due to some unfortunate accident you are not able to carry out routine banking activities like withdrawing money from ATM or bank branch and signing cheque. For most of us this is unthinkable. But the persons with disabilities face this challenge every day.

“I was given a car loan but disallowed a business loan because of my disability.”

In addition to the basic rights that they enjoy as human beings; the persons with disabilities need support mechanism to access banking and financial services. But the reality is starkly different. Despite the legal provisions of equal rights, differently-abled persons are often denied services and are subjected to discrimination and humiliation. Denial of banking services affects their employment, security, privacy, dignity and empowerment.

Persons with special needs and various stakeholders, INCLUSION spoke to, were unanimous that there is widespread discrimination and general refusal of banking services to differently-abled people. Persons with disabilities are often denied the services on the ground that they can’t see, or sign or that they are intellectually disabled to understand the banking transactions.

Self Help Groups of Persons with Disabilities are also denied the banking facilities on the ground that they have members who are minors or who are intellectually disabled and thus can’t be involved in banking transactions with other people as per the Contract Act.

Challenges are enormous. Even if some persons with disabilities are allowed to open bank accounts, they face challenges in accessing the services due to barriers in infrastructure, operations and attitude.

As per a RBI guideline issued in July 2011, banks need to make provisions of ramps, talking ATMs with Braille keypads. However, these guidelines have hardly been implemented.

“If I come to you with a ten million deposit, will you accept the deposit because of the amount or reject it because of my cerebral palsy?”

Out of nearly 160,000 Automated Teller Machines (ATMs) in the country, only 6,000 have provisions of ramps, talking ATMs with Braille keypads. This means, almost 96 out of the 100 ATMs in the country are not accessible for the people with special needs. As per the RBI guidelines a third of ATMs within city limits should be made accessible to the persons with disabilities.

RBI guidelines also ensures that all the banking facilities such as cheque book facility including third party cheques, ATM facility, net banking facility, locker facility, retail loans and credit cards are invariably offered to the visually challenged without any discrimination.

However, the ground reality is different and extremely disappointing. People with disabilities are forced to run from pillar to post to get even basic banking services.

Poonam Natarajan, Chairperson, National Trust for welfare of persons with autism, cerebral palsy, mental retardation and multiple disabilities at the Ministry of Social Justice and Empowerment of the Government of India, said there are a lot of myths about the persons with disabilities that need to be busted.

She said despite assurances and guidelines, persons with disabilities face a lot of hardships and the ground reality is very disturbing.

Attitude of insurance companies is far worse, when it comes to providing services to the people with special needs. They are either charged arbitrarily or denied the services altogether

In majority of the cases, persons with disabilities are forced to opt for guardianship even if he or she doesn’t really need one.

The National Trust that works for the welfare of the persons with cerebral palsy, autism, mental retardation and multiple disabilities has written to the RBI highlighting the problems faced by these people.

“Disabilities are diverse. Each one may need a different support. We need to look at how the people with different kind of disabilities can become part of productive section of society,” said Natarajan.

Smitha of Disability Law Unit (South) said there is need for change in the mindset as in most of the cases banking sector do not see disabled people as potential customers.

“Rural banks deny savings account to many persons with physical, visual or hearing disabilities by delaying the process of initiating an account, which doesn’t carry evidence,” she said.

Postal savings accounts are completely denied to people with intellectual disabilities. Though people with physical disabilities are provided postal accounts, they are denied active roles in further operations of their account.

Persons with disabilities generally denied or face huge problems in accessing loans. In most of the cases they are not given individual education loans. They have to provide the surety of two people to avail the minimum educational loan, which is not in the case of students without disabilities. Even under the National Handicapped Finance and Development Corporation (NHFDC) they face huge difficulties in getting loans for self-employment ventures. Loans are not provided individually without power of attorney or cheque signing authority to caretaker.

“We are either refused insurance or charged a hefty premium. A PIL has been filed against insurance companies”

Attitude of insurance companies is far worse, when it comes to providing services to the people with special needs. They are either charged arbitrarily or denied the services altogether.

Assistant Vice President for Actuarial at Star Union Dai-ichi Life Insurance Suresh Narayan Sindhi said insurance premiums on the people with disabilities are high due to higher degree of uncertainties and other factors.

He said the central and state governments and the non-governmental organisations should contribute to make insurance affordable for the people with special needs.

Referring to the RBI regulations, Sam Taraporevala, Associate Professor, St Xavier’s College, Mumbai, said till 2008, visually impaired people were treated by the banks on par with illiterate. The logic behind it was that a visually impaired person could be fooled because he or she can’t see.

“Up to 2008, there was a RBI circular which says all blind persons have to be treated on par with illiterate. As the customer cannot see, he or she may be fooled. We took up a representation with the RBI and in June 2008, we got that changed and then we pushed for an inclusive circular for ATMs,” said Taraporevala.

He said some banks have implemented just part of the technology to be legally correct.
“Most ATMs have default speech, which may say like hello, welcome, bye-bye. This does not serve the purpose. The efforts must be made to make it accessible in true sense,” he said.

“We have the rules for the visually challenged but it is not implemented properly. Rule-making is one thing, and implementation is another,” added Taraporevala, emphasising on the need for strict implementation of the regulations.

He said the banks should use the technology to ensure convenient and safe banking to physically challenged people, especially visually impaired.

Taraporevala pointed out that less than 5 per cent of over 160,000 ATMs in the country have required facilities for the people with special needs. “There is a huge gap. Technology is available. The banks must make more ATMs accessible,” he said.

“Most ATMs have default speech, which may say like hello, welcome, bye-bye. This does not serve the purpose.”

Chief Executive of Indian Banks’ Association Mohan V Tanksale said no bank could deny services to any person just because he or she has disabilities.

However, Tanksale admitted that people with disabilities face problems due to some systemic as well as individualistic attitude of the people.

“Service industry is unfortunately individualistic. It is the person behind the show, how he reacts, how he really behaves, how he really treats,” said Tanksale highlighting the need for sensitising the people at the ground level.

Banking services are very important to ensure that benefits of the economic growth percolated to the lowest level of the society. Financial inclusion is seen as a key tool to stimulate growth and rural development, control inflation, and enhance efficiency and transparency in public services. For the differently-abled people, it is particularly important.

With government welfare schemes moving into the cash transfer to beneficiaries’ mode, it has become all the more important to have access to the banking services. With a view to plug the leakages and corruption, even the monthly maintenance allowances disbursed by the government is credited to the bank.

Stuti Kacker, Secretary, Department of Disability Affairs, Ministry of Social Justice and Empowerment, said the environment need to be made enabling for the people with special needs.

Kacker said nearly 10 per cent of India’s population has some sort of disabilities and the government endeavour is to create an enabling environment so that they can live a comfortable life.

“Disability does not go away just because society becomes richer,” said Kacker adding, with the economic development efforts should be made to make the environment conducive for differently-abled people.

“Disability does not go away just because society becomes richer. Environment has to be enabling. It is always our effort to make services more accessible to the people with special needs”

“Environment has to be enabling. It is always our effort to make services more accessible to the people with special needs,” she said.

Tulika Das of SANCHAR that works for disabled people in West Bengal said attitudinal barriers are the primary and common cause for discrimination in banking services to the people with disabilities.

She said discrimination and humiliation doubles if the person is from poor rural background. “Starting from opening an account, they face discrimination on every step.”

Das recalled how a public sector bank branch, located near Kolkata forced a person with disability to wait for six months to get pass book after opening of the account.

“Aaj hobe na, pore aasun, kaal aasun (not possible today, come later come tomorrow) and that tomorrow continues month after month,” said Das adding that individual with disabilities was forced to run from pillar to post just to get a pass book. She said this is not an isolated case, but a normal practice in case of providing services to the persons with disabilities.

Discrimination and denying banking and financial services to the persons with disabilities is not just against the spirit of domestic and international regulations, but also against humanity, and it must be stopped.

“Disabilities are diverse. Each one may need a different support. We need to look at how the people with different kind of disabilities can become part of productive section of society”