The Untold Saga of Aadhaar

It all began way back when I mentioned to the prime minister and Montek Singh Ahluwalia about taking up some role in the government. I had natural affinity with Unique ID (UID) project as I had envisioned a common identity system in my book. When the Cabinet approved it in January 2009, I dreamt of doing this project, reminisces Nandan Nilekani 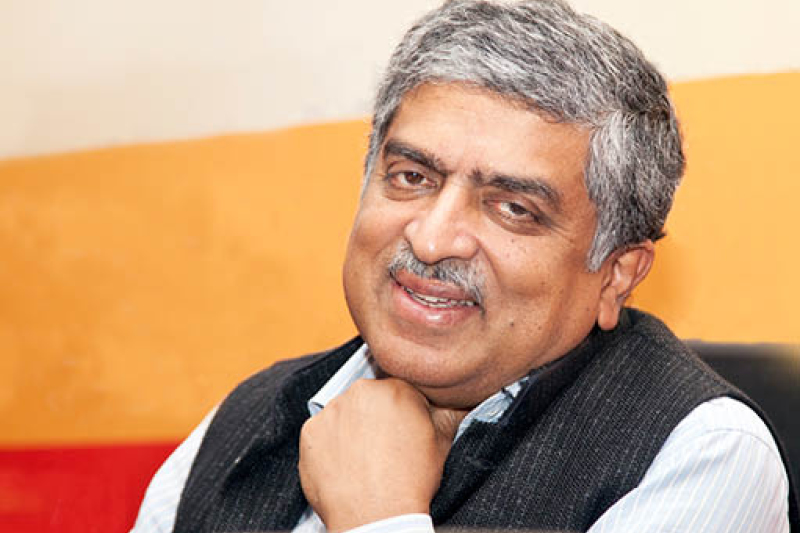 I sought an appointment with the prime minister and was due to meet him sometime in June 2009 at 1100 hrs. I met Montek and Isher over breakfast and sought their opinion. Both said, go for it. I was emboldened by this and when I met the PM, I told him that I want to do this project. He warmly agreed to my proposition and picked up the phone and spoke to Montek requesting him to close this before he leaves for St Petersburg. Within ten days I was appointed Chairman of Unique Identification Authority of India (UIDAI) followed by a Cabinet decision. I took time to complete my obligations with Infosys and joined in July 2009 – it all happened quite quickly.

I ran a public limited company listed in India and in the US, for many years, working on targets, forecasts, earnings per share, revenue growth and every quarter you stand up in front of hundreds of analysts from around the world and explain how you did your business. I had come from this kind of a background. What I liked about this project was that you could really quantify your success simply by computing how many people got their identity number. It was almost like zero one situation. So the first meeting of the Prime Minister’s Committee on UID took place on 12th August, wherein we were to set a goal of number of identities to be given in next five years. We had done our homework and my team had come up with a number of 400 million just couple of days before the meeting. I said, this is one third of our population and appears too small given that we have five years, so lets make it 600 million. When, in the meeting I committed 600 million by March 2014, I had no clue how to get there. It’s a happy situation that by the end of February 2014 we were at 59.1 million and exceeded our target by the end of March.

It is about setting a clear goal and then getting there. I think the value of the stretch goals is that it sharpens the mind, it focuses everybody’s energy and if you just keep relentlessly act on it, it can get done. My team believed in me and worked relentlessly towards hitting the bull’s eye.

There were more than 100,000 employees at Infosys when I left. When I joined government, which is a giant size monolithic organisation, I started off by doing a startup inside government. It was a crazy idea but it worked. It was decided that we will be eclectic while choosing people as the project is so humongous that we will require the best and talented people to make it a success. Ram Sewak Sharma who is the current Chief Secretary of Jharkhand was my first partner in this project. He came in as the Mission Director. We had a cup of coffee at the Maurya Sheraton, New Delhi and he asked, do you want to sign up? I said, sure. He said, if you can take the risk, I could too. He signed up in less than 10-seconds. Later, I realised that it was kind of self-selection going on and several others from bureaucracy were ready to take the risk without UIDAI having any office space, no clear budgets and an unforeseen future.

I believe they all came because they wanted to do something different by still being inside the government system. I am very fortunate that I attracted and inducted risk-taking bureaucrats into the organisation. We went around and picked up people from different services and also from private sector to have multi-talented team.

It is not merely a technology project. But it is about technology of giving a unique number to every Indian resident is among the most complex things you can do because it requires you to match everybody’s biometrics to everybody else’s biometrics to make sure that there is no duplicate. To give you an idea of the scale of the problem today – we have a database 600 million people and one million people enrolling. We have to do 600 trillion comparisons to eliminate duplicates. So, it is a massive computational task.

What was more important than technology was to build consensus around the project and this took us 14 months. While my crack team worked on the nitty-gritties of technology and policy, I travelled to each and every state capital and met with the Chief Minister and the Chief Secretary of that state to get their personal commitment for the Aadhaar project. And when UID roll-out actually happened there were no surprises.

This came from my background because as an entrepreneur who ran a business for a long enough, I realised that you go to your customers not vice versa. This went to the extent that if I had to meet a chief minister in Delhi, I would make it a point to meet him in his Bhavan and not make him come to my office. By doing this I was signaling to them that I care about you and I am coming to you because I want your help in doing something nationally important. Today, we have a rare situation where this project is implemented across the board, across all states whether they are ruled by the Congress like Andhra Pradesh, Karnataka or Maharashtra or whether they are ruled by BJP like Gujarat, Madhya Pradesh and Goa or CPM in Tripura.

I am convinced that even in politics if one has a sufficiently important transformative idea and one invests in building the relationships and convinces others about the value of the idea to all the protagonists, one can get a lot done. We repeated the same with financial system. We went to Reserve Bank of India (RBI) and Indian Banks’ Association (IBA), bank chairmen, Securities and Exchange Board of India (SEBI) and other regulators and all ministries. So everybody was on-board before we got into real business.

We did what we set out to do – 60 crore UIDs and recently the Cabinet has given UIDAI the extension to do Aadhaar enrollment in four states of UP, Bihar, Uttarakhand and Chhattisgarh. That population alone is about 330 million. Now we are on target to get about 950 million by 2015. We have built a backend system that can generate 300 million UIDs per year. At this pace we will touch a billion by 2016.

There are four distinct uses for the Aadhaar platform. The first is clearly uniqueness – which is hugely beneficial for government because government can use this to eliminate ghosts and duplicates in the beneficiary list that it has. The government spends upwards of 3 trillion rupees a year on entitlements, subsidies, MGNREGA wages, LPG and kerosene subsidies and so on. Estimates of leakage vary from 10 to 40 per cent. Even if there is 10 per cent improvement in productivity of the spending, it would mean 300 billion rupees in a year. The entire Aadhaar project lifecycle cost is estimated at 150 billion rupees that can save minimum 300 billion rupees per year.

We are trying to create an ecosystem. An ecosystem where the government creates something and the private sector ultimately uses it for innovation to deliver better

Secondly, we already have about 60 million bank accounts linked to Aadhaar numbers into which you can directly credit money. What is important is that ultimately all bank accounts will be Aadhaar linked, it is only a matter of time. Not only, customers can transfer money using Aadhaar numbers, the government entitlements like subsidies or pensions will be transferred as direct benefit transfers.

It could also be a corporate entitlement. Recently for example, the Trident group from Chandigarh has started using it to pay all wages using Aadhaar bridge or it could be a person to person, a migrant from Odisha working in Delhi can send money to his wife, using her Aadhaar number she will get it in her village. The good news is that since the entire process is transparent and traceable you get exactly what you deposit.

Thirdly, what electronic know your customer (eKYC) does is that it allows a person to open an account without any piece of paper – Aadhaar number is sufficient. The backend authenticates the number and releases the KYC details to the bank, which then opens the bank account after its acceptance by the RBI. Similarly, one can purchase a life cover of house insurance or even a pension policy. The backend takes care of everything. This is dramatic, as it has suddenly created an expansion of inclusion by getting everybody into the financial system.

The last thing that it does is online authentication, which allows you to verify your identity anywhere. For example, if I want to withdraw money from a micro-ATM in a village, the Aadhaar does the authentication.

I urge you to keep this in mind especially people who write about Aadhaar’s premature demise that it is really going to go a long way from here. We are trying to create an ecosystem. An ecosystem where the government creates something and the private sector ultimately uses it for innovation to deliver better. It is not always about technologies, but yes, it does play an important role of an enabler.