The fiction is that the priority sector lending is aimed at achieving greater allocational efficiency so as to facilitate effective financial intermediation by banks. But reality is pressure from bank unions, compliance with social sector recruitment norms, strikes, breakdown in computer systems and spate of circulars from different departments in RBI: all make bankers a stressed out and sad lot,writes K G Karmakar 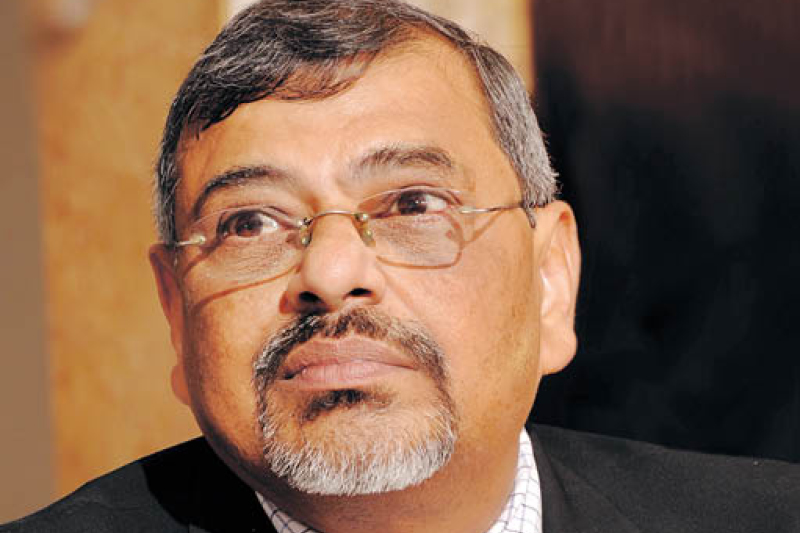 Let us assume that we have a rational banking system devoid of all controls by the central banking authority. For achieving optimum profitability, banks would require access to funds, good quality staff with high productivity levels and equipped with the best of computerised systems to reduce drudgery for the staff and lower high operational costs and then finally, banks had operational freedom to ensure that credit intermediation costs are low and also allocation efficiency so that scarce financial resources are directed to the desired sectors and areas of the economy that are most productive and efficient. This is what the theory of banking is all about. But the practice of banking in India is far away from this fictional world of theoretical banking and the Indian reality bites in.

India has a Reserve Bank of India (RBI) set up in 1935, nationalised in 1948, assumes that all bankers in India are blundering dolts who need to be guided constantly and prodded into doing ‘mandated’ banking as understood in letter and spirit by RBI and enumerated by their hallowed circulars issued from time to time.

The Beginning of Mandated Credit

The Central Banking Enquiry Committee (1931), which gave birth to RBI in 1935 did consider norms for rural/priority sector credit but there was no RBI to monitor this. But with the Order of Social Control over Banks promulgated in 1968 ensuring that banks followed RBI instructions, D R Gadgil, the eminent economist, coined the concept of directing credit flows to the desired sectors of the economy. Then came the nationalisation of 14 major banks in 1969 (Priority Sector norms were finalised by 1972 and in 1974 banks were directed to increase the share of priority sector lending to 33.3 per cent of aggregate/advances for the next five years, defined as agriculture, social and medium enterprises and small business). Socialism was the flavour of the season and could Reserve Bank ignore the diktats of the Finance Ministry? The Working Group on the Modalities of Implementation of Priority Sector Lending and the Twenty Point Economic Programme by Banks, set up under economist K S Krishnaswamy, came up with the target of priority sector lending at 40 per cent of aggregate bank advances by 1985, with sub-targets for agriculture and weaker sections of society.

This target is stuck and a large number of Committees/Working Groups/etc. have been set up by RBI/GOI/IBA to tamper with the norms but with Big Brother watching, the 40 per cent target for priority sector advances has come to stay. Serious attempts were made to weaken the sacrosanct 40 per cent norms but to no avail. The Committee on Financial Sector Norms (Narasimhan Committee I, 1991) and the M V Nair Committee, 2012 were the major Committees set up to dilute the priority sector lending norms, which are being perceived as restrictive after the LPG (Liberalisation, Prioritisation & Globalisation) Phase of the Indian economy started in 1992. But the grim reality of the Indian economic growth (now pegged nearer to the ‘rickshaw’ rate of growth @4.5 per cent of GDP) cannot be ignored and poverty levels (according to World Bank norms of US$ 2 per diem per person reveals that 72 per cent of our population is BPL and jobs under UPA-II have contracted instead of expanding) have actually increased.

Certain structural changes in the economy have to be factored in. Agriculture, which contributed 52 per cent of the GDP in 1951 has reduced to 14 per cent of GDP by 2012. The industrial sector is stagnant at around 19 per cent for over 35 years, productivity is falling rapidly and it is the tertiary or services sector, which is growing rapidly and has doubled in 65 years! Institutional credit has increased but today about 40 per cent of farm credit is provided at high cost by traders, agents and moneylenders. About 50 per cent of all farmers have no access to bank credit and depend solely upon informal sources of credit.

There is no safety net for the wretched rural poor except the Mahatma Gandhi National Rural Employment Guarantee Act (MGNREGA) and now the proposed Food Security Act. Hence the priority sector credit flow ought to continue as 50 per cent of the population depends on agriculture for a living (down from 70 per cent for ages!). Also the needs of Self Help Groups (SHGs) or rather the needs of MFIs are to be factored in. The issue of bulk loans by banks to MFIs and qualifying such lending as priority sector lending, is not in the interests of the sector as the end-use of funds are not being monitored by the MFIs and much of the loans are for consumer purchases.

The 2012 revised RBI guidelines for priority sector lending are based on major assumptions as under:

But over the years, RBI has been tinkering and tampering with the priority sector norms and guidelines and such dilution in norms, indirect lending to agriculture, housing finance up to Rs 2.5 million to qualify private sector lending, as also loans to corporates and agro-processing loans up to Rs 10 million. Education and vocational training loans up to Rs 2 million also qualify for priority sector status as also solar power renewable solutions for households. For foreign banks, export credit and small-scale industries have been added. Instead of a few targeted sectors, the RBI has tried to expand the priority sector norms so as to include as much of bank credit as possible so as to give major relief to banks.

The lack of quality MIS in reporting priority sector credit flows of banks and especially for agriculture lending is too blatant an attempt in doctored data, to be ignored. With the core banking solutions in place for all banks, why is this critical priority sector credit flow, not being properly monitored? The RBI did away with SAMIS but why is there no alternative mechanism in place to review credit flow at the block/district level, as the Lead Bank Scheme is virtually dead. All bank loans for motorcycle purchases are routinely shown as priority sector lending, as are all gold loans, which are routinely shown as crop loans especially in the South.

The Narasimhan Committee II (1998) recommended the phasing out of priority sector lending in tune with the World Bank current fad. While the phasing out in 3 years was not accepted, the dilution in priority sector lending norms, in phases, had begun. One of the major dilution strategies was widening norms to include all agriculture inputs and advances to plantation crops irrespective of the size of the holdings. This in one stroke enabled banks to cover all corporate sector loans to agriculture. Did RBI really intend that all lending for huge loans to tea estates, sugarcane plantations, etc. to be covered as part of agricultural loans?

In November 2012, there was an interesting interview of Raghuram Rajan by R Chakrabarti, Assistant. Professor, ISB, Hyderabad where he mentions about his friend Nachiket Mor’s views on priority sector lending and this is before he became RBI Governor. That is possibly why Nachiket Mor has been resurrected as Member of the Central Board of RBI after the fiasco in agricultural lending (warehouses?), which led to his resignation from ICICI where he was hitherto the hand-picked successor to Kamath. But rural credit was not his forte then and he committed blunders comprehensively. The RBI has a penchant for following up certain recommendations made by earlier committees and this Committee on Comprehensive Financial Services for Small Businesses and Low Income Households headed by Nachiket Mor appears to be such a job incorporating various recommendations by the Raghuram Rajan Committee, the M V Nair Committee and the C Rangarajan Committee and is a ‘khichri’ report as the present Governor seems to be in a hurry to get ‘certain’ banking reforms on track prior to the licensing bonanza of new banks. However the scope of this note is on priority sector lending and the 14 recommendations made by this Committee on the priority Sector, have been studied in depth. Before starting the Committee members should have read what K S Krishnaswamy had recorded in 1981 (RBI Working Group Report on Priority Sector Lending and Twenty Point Economic Programme – Role of Banks) while analysing the reasons for choking of credit to the neglected sectors as under ‘the finance extended by the banks to the more affluent sections were included in the priority sector, which was not justified’. The Working Group report also concluded that ‘the maximum benefit should invariably be available to the weaker sections’. But in the post-reform period after 1992, all this has given short shrift by successive RBI Working Groups and Committees with RBI concentrating on “enlargement of the coverage of the sector” so as to nullify what Gadgil and Krishnaswamy set out to do.

The MIS created by the banking system does not give correct data and distortions have crept in, resulting in choking off credit to the smallholder farmers and village cottage industries. This Report by Nachiket Mor is yet another nail in the PSL coffin which cannot be jettisoned in an election year

Analysis of the Mor Committee Recommendations on Priority Sector Lending:

With only 5 per cent of micro/small entrepreneurs in the country and about only 12 per cent of all farmers having access to institutional finance, there is a sense of failure of the entire financial sector which has failed to meet the credit needs of the economy despite the Lead Bank Scheme, the Priority Sector Lending norms, the Differential Rate of Interest Scheme and various other credit schemes of the GOI/State governments/RBI/NABARD/ SIDBI, etc. Financial Inclusion has also slowed down after 2010 and the goal of ensuring a bank account for every adult individual by 2015, is not going to be met. The MIS created by the banking system does not give correct data and distortions have crept in, resulting in choking off credit to the smallholder farmers and village cottage industries. This Report by Nachiket Mor is yet another nail in the PSL coffin which cannot be jettisoned in an election year.