We need believers in the India story, we need hope that things will turn around for the better and we need to have the conviction that this will happen, says Deepak Parekh 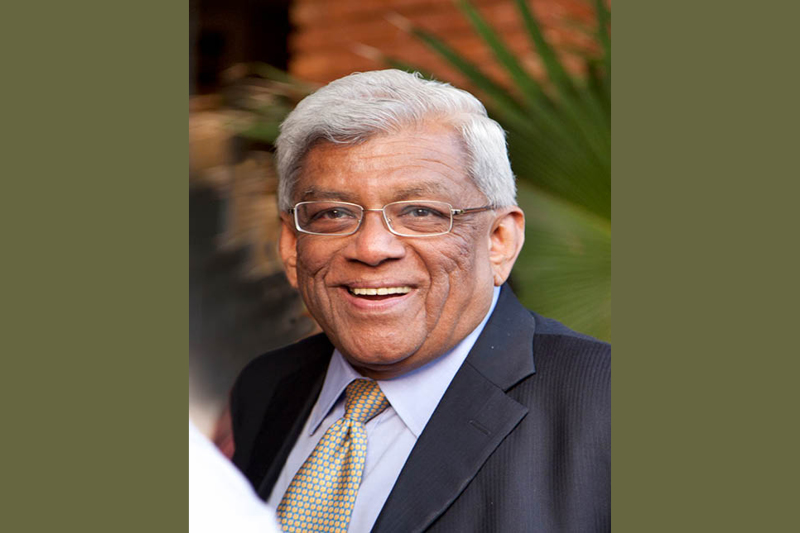 “Only 45 per cent students passing out of the tier 2 and tier 3 engineering colleges are employable. Other studies show that only 21 per cent of MBAs in India are job ready. This is indeed a worrying trend”
Deepak Parekh Chairman, HDFC

In the current environment, we run the risk of becoming perennial pessimists. We can so easily come up with a litany of woes on the Indian economy. As we consume ourselves with this negativity, there is a tendency to forget what our inherent strengths are. Domestic investors are more pessimistic on India’s outlook today than foreign investors. Critics have become so cynical that they cannot acknowledge any positive trends emerging in the Indian economy.

Based on IMF estimates, global growth in 2014 is expected to be 3.7 per cent. The US is projected to grow at 2.8 per cent, the Euro Area at barely 1 per cent and Japan at 1.7 per cent. In the advanced economies, growth still remains tepid, but an improvement over the previous year. Now look at the BRIC countries. In 2014, Brazil’s growth will remain flat at 2.3 per cent, Russia is estimated to grow at 2 per cent (assuming no geo-political disruption) and China’s growth is estimated at 7.5 per cent, lower compared to the previous year. India on the other hand has a brighter forecast at 5.4 per cent in 2014 compared to 4.4 per cent in 2013. We have to appreciate that India is not immune from events unravelling in the global economy.

No doubt, there has been a huge disappointment in the performance of the Indian economy and much of India’s problems have been self-inflicted. The disappointment stems from the fact that India is performing significantly below its true potential. On a positive note, if one looks at the current growth trajectory, one can say that the worst is perhaps behind us.

There is sufficient reason to believe that India is on a much surer footing than it was 6 to 8 months ago. For instance, the quarterly current account deficit has fallen from a peak of US$ 21 billion to US$ 5 billion, forex reserves have increased and the rupee has clawed back from its all-time low seen during August 2013. The fiscal deficit will be reined in at 4.6 per cent of GDP (and even though the credibility of the fisc numbers are being questioned, the point is that the fiscal deficit is far better than the 6 per cent levels in 2012). Inflation, another bugbear of the Indian economy has been showing a declining trend on the back of lower food prices. Lastly, the threat of a sovereign downgrade no longer hangs over India. Based on these improved macro fundamentals, today, India is ‘less fragile’ than several other emerging markets.

Admittedly, the so called ‘big bang reforms’ have been off the radar for a while. But there have been changes happening on the ground – it may not seem apparent at this juncture, but these small steps will help lay the ground for the next wave of growth. For instance, the Project Monitoring Group is estimated to have cleared projects to the tune of 5 per cent of GDP. Most of these projects cleared are in the power sector. Investments in many of these projects have already been made, so this will not amount to fresh investments. However, this sends out a positive signal that projects are getting the necessary clearances and overtime, a fresh pipeline of investments will emerge. The Project Monitoring Group has also put in place a web-based model for monitoring clearances of projects, which have been stuck. This digitisation of approvals is a step towards enhanced transparency and many states are also beginning to adopt this process.

The other positive steps include the recent spectrum auctions; compensatory tariffs announced by CERC and on-going efforts to move towards market based pricing for diesel and gas. It is important to recognise that visible change in the infrastructure space takes time. Certainly, an increased pace of change is what is required, but it would not be fair to say that efforts to revive the investment cycle are not being made.

The key point I want to make is that irrespective of who forms the next government, the economic agenda will remain the same. One only hopes that the pace of reforms may be faster, but the imperatives for the Indian economy, which are all well known, will remain the same.

The reason why I remain optimistic about the growth potential in India is because of the huge demand. Which other country today has the same kind of immense demand that whatever is produced or whatever services are offered, the demand is there for more? Again, India is a domestic, consumption driven economy, not an export-oriented economy.

Look at the structural changes taking place in the economy:

:: Non-Life Insurance: under 1 per cent

Growth will also depend on the extent to which we focus a broader set of reforms such as judicial, electoral, police and labour reforms.

The other critical issue to recognise is that today, the morale of the bureaucracy is broken. There is a need to re-instill confidence in the bureaucracy so they can get back to working fearlessly. Impropriety is one thing, but unleashing the CVC, CBI or filing FIRs against bureaucrats for various decisions taken several years after they have demitted office is totally unacceptable. For a bureaucrat, there is no disincentive for non-performance, but there is fear that one can be hauled up later for taking various decisions. How can anyone perform well in such a system? Instead, there is a need to focus on capacity building and on getting experts from the private sector to work for the government and regulatory bodies. Bureaucrats also can’t keep getting shifted from post-to-post if they are to gain any domain expertise.

Lastly, let me turn to education. For a vast country like India, the government spend on education is abysmally low. However, raising public spending on education from 3 per cent of GDP to 6 per cent is not an easy task given the constraints of the fisc. While I think there has been some progress made on primary education, the more worrying part is higher education.

India produced over 5 million graduates in 2012, of which 356,000 were engineering and technology graduates. Yet with this huge surge of graduates, Indian companies are increasingly complaining about the lack of quality talent at the entry level. Only 45 per cent students passing out of the tier 2 and tier 3 engineering colleges are employable. Other studies show that only 21 per cent of MBAs in India are job ready. This is indeed a worrying trend. India produces only 16,000 PhDs, while China churns out around 50,000 PhDs each year. We cannot afford to be a nation with jobless graduates because this is what will lead to social unrest. Skill upgradation and apprenticeships are the need of the hour and Indian corporates too need to encourage and support such initiatives.

The crux of the problem in education lies in the myriad of regulations. The not-for-profit model has failed to produce quality institutes of learning. In fact, this model has morphed itself into a crony capitalist model and has created an unholy nexus between certain politicians and others with deep-seated vested interests. There are also ways of bypassing these regulations by creating innovative structures where a for-profit education services arm provides auxiliary services to the not-for-profit education institution. But why should we encourage these roundabout routes?

The country needs a more forward-looking human resource development ministry. There is a lot of innovation that can be brought into the education space, we need to encourage and recognise foreign universities and we need many more technical and vocational institutes, which can train electricians, plumbers, carpenters and other related skilled and semi-skilled workers. The National Skill Development Agency (NSDA) is a good initiative, but it is not going to be able to attain the scale required on its own.

Let me conclude by saying that the India of today wants development, opportunities, jobs and growth over sops and subsidies. There are several challenges ahead, but I remain confident enough to believe that India will rise to fulfil its people’s aspirations.