There has been a growing appreciation of the fact that sustainable growth and financial stability can only be achieved through greater financial inclusion. The policymakers in India have been cognisant of the need for equitable development and have pursued polices which aimed at greater financial inclusion over the years. But, if you ask me whether we are satisfied with the progress, the answer would be an unqualified ‘NO’. The larger question, therefore is, what is holding us back? asks K C Chakrabarty 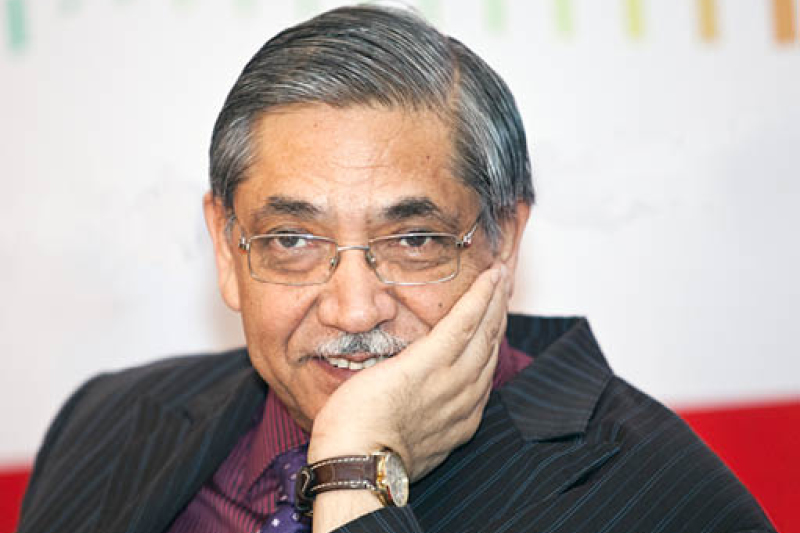 “To my mind, a fair share of the collective failure of the stakeholders can be attributed to poor governance of our Financial Inclusion framework and lack of accountability at the highest policy level”
K C Chakrabarty Deputy Governor, Reserve Bank of India

There is an inalienable link between growth and governance and this has been established through several empirical studies. Similarly, there is an equally compelling link between growth and financial inclusion especially in the emerging market economies. This is on account of the pivotal role that the banks play as financial intermediaries in these economies, both at a macro and micro level. At a macro level, banks contribute to growth through mobilisation of savings and allocation of credit towards the most optimal deployment avenues available in the economy; while at a micro level, banks provide households and businesses an opportunity to realise their economic goals and improve their financial position by providing a range of financial services, thereby contributing to overall growth.

Though various measures initiated by the regulator/Government in the post-independence period resulted in impressive gains in rural outreach and volume of credit, the structure suffered from inherently weak governance. The achievements were ‘quantitatively impressive, but qualitatively weak’. There has been a growing realisation that there is no “one-size-fits-all” financial inclusion strategy, which can be cloned over the length and breadth of our country, although few core conditions are essential to maximise the benefits derived from such a strategy. Effective Governance is the most predominant of these conditions and is, in fact, a sine qua non for achieving financial inclusion. Effective financial inclusion cannot be achieved until the entire structure of the financial inclusion programme is supported by good governance.

We have adopted a bank-led model for financial inclusion, which seeks to leverage technology. Our experience has shown that the goal of financial inclusion can be best served through mainstream banking institutions as only they have the ability to offer the entire suite of products necessary for effective financial inclusion as much as financial literacy. In order to gauge the performance of banks and to continuously review the various models adopted under financial inclusion, RBI has constituted a Financial Inclusion Advisory Committee (FIAC), headed by a Deputy Governor from RBI, which has members comprising of few Directors from the Central Board of RBI as also experts drawn from various NGOs/other civil society representatives, etc. The collective expertise and experience of these members is expected to be leveraged towards developing viable and sustainable banking services delivery models for meeting the objective of total financial inclusion.
In order to ensure that the initiatives on the supply side are ably supported by initiatives on the demand side, we have around 896 financial literacy centres set up by banks. Under the financial inclusion framework, we expect the banks to ensure that all the financial needs of the customers are met by offering them, at a minimum, the following four basic products: i) a savings cum overdraft account; ii) a pure savings account, ideally a recurring or variable recurring deposit; iii) a remittance product to facilitate EBT and other remittances; and, iv) entrepreneurial credit products like a GCC or a KCC. Recognising that providing banking services through the traditional brick and mortar model is expensive for banks, we have encouraged them to adopt and leverage technology to attain greater reach and penetration while keeping the cost of providing financial services to the minimum. While we remain technology neutral, we require banks to seamlessly integrate whatever technology they choose, with their CBS architecture.

RBI has considerably relaxed the branch opening norms for banks. Branch authorisation has been relaxed to the extent that banks do not require prior permission to open branches in centres with population less than 100,000, they have only to report having done so. To further step up the opening of branches in rural areas, banks have been mandated to open at least 25 per cent of their new branches in unbanked rural centres. Along with increasing brick and mortar presence through branch expansion, we have also encouraged banks to adopt modes such as ICT-BC outlets, Kiosks, off-site Rural ATMs, mobile vans, etc.

One of the major constraints faced by the people in getting linked to the formal banking system was the strict Know Your Customer (KYC) norms. While the guidelines have been simplified, the RBI has recently allowed ‘Aadhaar’, the unique identification number to be used as one of the eligible documents for meeting the KYC requirement for opening a bank account.

Banks have been advised to make available Basic Savings Bank Deposit Accounts (BSBDAs) for all individuals with zero minimum balance and facility of ATM card/ debit card. Existing impediments of minimum balance maintenance, bank charges, etc. are being addressed through the same. With this it has become a right for every eligible Indian citizen to open basic savings account with banks. The recent introduction of direct benefit transfer, based on validation of the identity of the beneficiary through Aadhaar, will help facilitate delivery of social welfare benefits by direct credit to the bank accounts of beneficiaries, thereby preventing leakages and wastages in the system.

Financial Inclusion, prima facie, needs to be viewed as “money at the bottom of the pyramid”. With the banks being free to charge reasonable interest rates on the advances as also to internally fix charges for various service offerings, what banks actually need is to develop an appropriate business and delivery model in line with their business strategy and comparative advantage and align the same to their business plan. This will create an environment of competitiveness amongst banks and in the process will benefit the unbanked population.

Towards this end, the banks have been advised to prepare Financial Inclusion Plans (FIPs) containing self-determined targets on various parameters to be achieved during the FIP period, with the approval from their respective Boards. The first phase of FIPs was implemented over the period 2010-2013 and the second phase of FIPs has been finalised and is under implementation. The Reserve Bank has used the FIPs to gauge the performance of banks under their FI initiatives.

The achievements of the banking system under the FIP can be accessed from the following monitoring data (for the period up to December 2013):

The RBI has ensured that the supply side initiatives are ably supported by initiatives on the demand side. Our idea is to include financial education in the school curriculum so as to educate children about the benefits of banks and banking services. In this direction, the Technical Group of the FSDC has already come out with a National Strategy on Financial Education, which has been approved by the FSDC. Banks have so far set up around 896 FLCs as of December 2013. These FLCs have reportedly educated more than 10 million people through various literacy programmes. Banks have been further advised to scale up financial literacy efforts through conduct of outdoor Financial Literacy Camps, at least once a month, both by the FLCs and also by the rural branches.

Lack of effective governance has been one of the major reasons for slow progress in implementing our Financial Inclusion initiatives. Many of the banks still have not developed an appropriate, cost-effective delivery model for Financial Inclusion and therefore, they are still not thoroughly convinced about FI being a profitable business opportunity. Resultantly, they perceive this to be a social/regulatory obligation and consequently their efforts are half-hearted. The inadequacy of MIS creates further complications. The sunken cost for setting up the intermediate brick and mortar structures and developing the BC network has to be seen as future investment.

Financial Inclusion delivery models also operate in similar ways where top-down approach is followed by banks while deciding the operational aspects of Business Correspondents and other delivery channels. It is this approach, which needs a fundamental change

One of the major challenges is that banks are yet to develop a sustainable and scalable business delivery model to guide its Financial Inclusion initiatives. While several alternate models have been tried out, the BC-ICT model has gained prominence amongst banks. However, many banks are yet to settle upon on a BC model which is scalable and will help them achieve their targets under financial inclusion.

While access to financial services has improved, the usage of the financial infrastructure continues to be tardy. While more than 300,000 banking outlets are available across the country, the number of transactions in many accounts opened by the BCs remains unimpressive. The reduced viability, in turn, impacts the scalability of the model and, in the process, hampers the Financial Inclusion efforts.

We have identified certain deficiencies, which are hampering the scaling up of the BC model. These include restrictive cash management system followed by banks wherein BCs are required to fully prefund their business operations in terms of cash limits and security obtained from BCs; non-insurance of cash held in transit by BCs; low or untimely remuneration paid to BCs/CSPs; and, allowing transactions only in limited products through the BC channel. These have restricted the involvement and effectiveness of the BCs as a vital peg in the financial inclusion jigsaw.

Presently, there is a top-down approach to implementation of regulation and regulatory controls at all levels. Financial Inclusion delivery models also operate in similar ways where top-down approach is followed by banks while deciding the operational aspects of Business Correspondents and other delivery channels. It is this approach, which needs a fundamental change. We need to move from forced implementation to willing participation to facilitate achievement of Financial Inclusion goals. The regulator should not be required to micro manage the principles on which Financial Inclusion model operates. This can be achieved in following ways:

In general, governance is administered in three ways, viz., through market forces, through governing body or through network. In an organisational set up, it’s about the rules and regulations that guide all activities. Regulatory governance reflects the emergence of de-centered and mutually adaptive policy regimes, which rest on regulation rather than service provision. From the perspective of the Governance framework guiding the financial inclusion process, banks need to devise their own strategies to ensure that an effective and conducive governance regime is in place to ensure attainment of the FI goals.

There is a causal linkage between growth and good governance. The deficit of governance can impair and impede development. I am often asked why the BC model is not scaling up, as it should to meet the humungous credit needs of our population. The answer is simple. The model lacks effective governance at every level. There is inadequate supervision of the banks’ frontline staff. The vision of the Boardroom is not transmitted to the frontline manager. Governance failure is also reflected in the vendor dependence in the usage of technology. We have to chart a clear path and change this dependence into efficient and effective systems, which are scalable and sustainable.