Small and medium enterprises are engines of growth. All they need is handholding, easy access to bank credit and a regulatory revel playing field, writes S S Tarapore 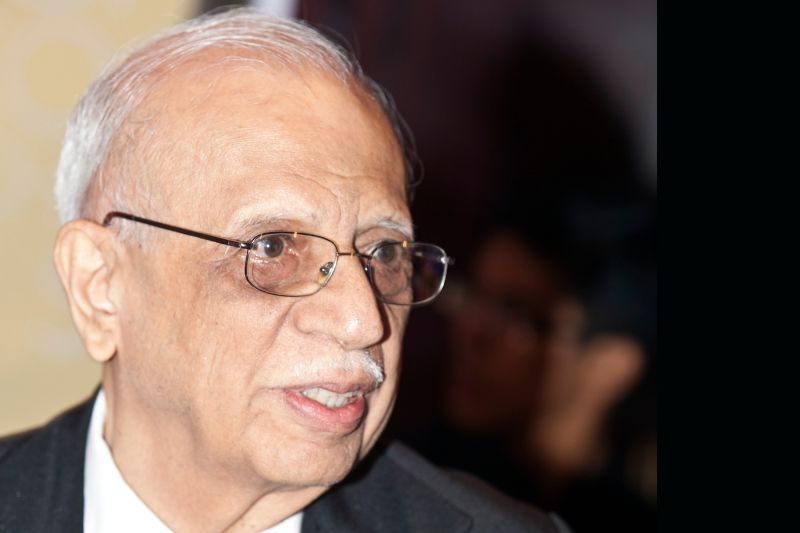 The Micro, Small and Medium Enterprises sector (MSMEs) is an omnibus group of industries of vastly varying sizes. Based on the size of investments in plant and machinery, these enterprises are classified as micro (not exceeding Rs 2.5 million ), small (more than Rs 2.5 million but not exceeding Rs 50 million ) and medium (more than Rs 50 million but not exceeding Rs 100 million). This group of industries provides employment to 60 million persons and account, in value terms, for about 45 per cent of manufacturing output and 40 per cent of India’s total exports. The authorities have made heroic efforts to foster development of this sector, yet most of these units have limited track record and are vulnerable to cyclical fluctuations and often macroeconomic policies impinge adversely on these enterprises. This paper attempts to discuss some key problems of this sector and how best these units can protect themselves in a rapidly changing economic environment.

One of the major problems of the smaller industrial units is that as a general rule, the smaller the unit, the larger the problem in collecting receivables. The problem starts with the government (Central and State), which holds back payments to public sector units (PSUs) and the PSUs, in turn, hold back payments to large and medium industry. Large and medium industry holds back payment to the smaller units, which have nowhere to shift the burden. Even when deliveries are completed the technique used is to hold back the final inspection clearance of completion of work; this sets off a chain of dues not being paid. Invariably it is the smallest units, which suffer the most.

Following the Report of the Vaghul Working Group on the Money Market (1987), which recommended that the commercial bills system should be developed, with a minimum proportion of dues being under the bills system with a specific date of payment and defaults were not to be countenanced. The system never took off despite painstaking efforts by the then Finance Secretary S Venkitaramanan.

With the enactment of the Micro, Small and Medium Enterprises Development Act, 2006, it was felt that many of the problems of the smaller units would be alleviated. These hopes have been belied and the smaller units continue face acute problems.

Bank credit to the MSME sector has increased in recent years but these units continue to experience problems in accessing credit. Banks have been directed to achieve a 20 per cent year-on-year growth in credit to micro and small enterprises and a 10 per cent growth in the number of micro enterprise accounts. Credit by scheduled commercial banks to micro and small industries accounts for only 13 per cent of bank credit to industry. It is argued that banks are reluctant to lend to small units as this segment has high non-performing assets (NPAs). The fact is that NPAs are prevalent across-the-board as between larger and smaller industrial units. The only difference is that there is “glamour” in lending to larger units.

There is a lot that banks can do to improve their procedures and operations to anticipate problem areas and take remedial action. R S Sabu of Federal Bank has written a path breaking paper on ‘Driving Profitable Growth in SME’, The Indian Banker, March 2014, Indian Banks’ Association. He sets out an in depth analysis of the problems of SMEs and explains how best banks bring about improvements in the credit delivery system to this sector.

The Banking Codes and Standards Board of India (BCSBI) has set out two Codes viz., The Code of Bank’s Commitment to Customers (2006, revised in 2014) and The Code of Bank’s Commitment to Micro and Small Enterprises (2008, revised in 2012). All industrial units should acquaint themselves with these Codes so that they are aware of the Charter of Rights for bank customers. Small units, which are unable to get a satisfactory redress of grievances from banks, within a month can approach the Banking Ombudsman. Furthermore, redress can be sought from the Consumer District Forum (for amounts up to 2 million, the state consumer commission (for amounts above Rs 2 million and up to 10 million) and the National Consumer Commission (for amounts of over Rs 10 million).

It is argued that banks are reluctant to lend to small units as this segment has high NPAs. The fact is that NPAs are prevalent across-the-board

Strategies for MSMEs in a Rapidly Changing Macroeconomic Environment

The macroeconomic scenario in the ensuing few years will be changing rapidly and MSMEs have to steel themselves to face the turbulence. Facing up to these problems is easier said than done but the units which will better survive the rapidly changing environment would be those who use a survival kit to develop optimal strategies for their operations. Some essentials are set out below:

MSMEs would be well advised to cautiously assess morale building assurances such that the global financial crisis of 2008 would be transient and that the global situation would normalise in 12-18 months. In the event six years after the crisis hit the global economy, it is still not clear as to when the global economy would eventually come out of the doldrums. Again, in India, a few years ago there were clarion calls that India was on the cusp of a 10 per cent real GDP growth rate. MSMEs, which accepted these assurances and built up capacities and kept up production levels, resulting in very high inventories, were devastated. Furthermore, when demand for a product falls, local authorities often pressurise small enterprises not to cut output as this would eventually result in labour lay-offs. Units, which accepted such suasion, faced disastrous outcomes.

Quite often, MSMEs come to the erroneous conclusion that their product would experience an unrealistically high increase in demand. Units, which build up capacities on tenuous information invariably, end up with serious problems. In a savagely competitive environment some units are unable to adjust to cyclical fluctuations and invariably there are ‘fire sales’ which are available to buyers at attractive prices. There is merit in building up financial resources to avail of such opportunities rather than increasing the capacity of their existing units.

During the expansionary phase of the credit cycle, banks are only too willing to lend but during the downturn small borrowers are invariably the first casualties in being denied additional credit. When MSMEs seek bank credit, they have to assess whether they can service loans not only at the trough of the interest rate cycle but also at the peak level of interest rates. Thus, as an abundantly prudent measure, MSMEs should, as a general rule, be well advised to seek bank credit essentially for inventory financing but be very cautious when using bank finance for capital expenditure. Excessive borrowing for capital expenditure generally puts MSMEs in to distress during cyclical movements in the economy. Financing by taking recourse to Private Equity is gradually developing and investors, essentially from abroad, undertake rigorous exercises before investing in small companies. Domestic Private Equity Funds are also emerging and there is scope for such institutional investment to grow.

MSMEs need to realise that when large industrial units move from bank to non-bank sources, such as commercial paper, they are able to reduce overall costs of finance. In contrast, when small units take recourse to non-bank sources of financing, they end up facing a steep increase in interest costs. There is enough anecdotal evidence of small units availing non-bank finance at very steep interest rates which could be as high as 3 per cent per month (36 per cent per annum), or even higher if there is inadequate collateral. MSMEs must realise that availability and timeliness of bank credit is much more important than cost and often agitation by borrowers for lower interest rates is often misplaced.

Importance of an Appropriate Exchange Rate:

As mentioned earlier, MSMEs account for about 40 per cent of exports. It is unfortunate that there is a widely held perception that a strong rupee exchange rate reflects good macroeconomic management. This is clearly erroneous. Large industry is generally import intensive while small industry is export intensive. Hence a strong exchange rate of the rupee (i.e., an overvalued rupee) helps large industry and hurts MSMEs. It is not as if the exchange rate should be excessively undervalued. As a rule of thumb, over the medium/long-term, the nominal exchange rate of the rupee vis-à-vis the major industrial country currencies, should be adjusted downward based on the inflation rate differentials between India and the major industrial countries.

On a back of envelope calculation and using the long-term inflation rate differential between India and the US, the rupee-US dollar rate needs to depreciate from its current level by about 10-12 per cent; this extent of overvaluation makes a very large difference to the competitiveness of Indian exports.

Indian exporters/importers are often advised by forex advisers to keep open positions in the forex markets. This is extremely risky, particularly for MSMEs. MSMEs would be well advised to be fully covered in the exchange market at all times. MSMEs should not attempt to be forex traders; they should concentrate on their own line of production.

With the Indian economy rapidly integrating into the global economy, rapid changes in the Indian macroeconomic situation are inevitable. Essential to the survival kit for Indian MSMEs would be the imperative need to follow cautionary financial operations.