Effective Leadership is The Answer

A strong political leadership that is capable of taking decisions and also implements them is key to India’s growth, says Arun Jaitley 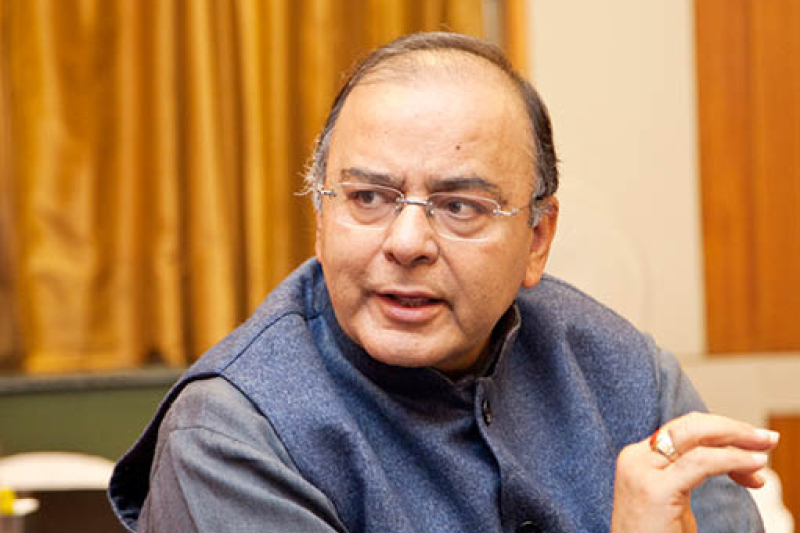 Arun Jaitley
A few days ago my friend, the hon’ble finance minister, in the course of an interaction, asked me a question, how much economics does Mr Modi know? I responded by saying, what is it that makes a good leader of a government?

A question that is intriguing everyone in this country is what has gone wrong in last few years. My view is that India cannot afford a non-politician as a prime minister. However attractive that initial suggestion of having an expert on the subject, a kind of a CEO to run a government, in effect the world’s largest democracy can’t be run by chief executive officer; companies can be run. Politicians are eventually known not by the number of years they spent in office but by the footprints that they leave behind. Lal Bahadur Shastri was Prime Minister for only 18 months but when we speak in terms of political credibility, that period will certainly be remembered for the kind of footprints he left behind.

When we talk of post-1991 reforms, I feel that our recent history has not been very kind to Narasimha Rao. He took some hard decisions that laid the very foundation on which Indian economy stands today. It was relatively easy for Atal Behari Vajpayee as the BJP Prime Minister to move ahead with the reforms that were already set in motion. It was a natural part of his party’s ideological thinking.

My experience of the last few years tells me that we have paid heavy price by not having a natural leader of the country or at least of the party as a prime minister. One’s ability to have the last word, to be decisive, to overrule others, to take unpopular decisions and to face criticisms; all that gets diluted if in the normal course one is not a practitioner of politics.

And this was one reason for the National Advisory Council (NAC) to get predominance over government’s economic think-tank. Therefore, instead of sound economics we have ended up with popular decision-making. History has proven that in the long run it does not help.

During last couple of years, the nation’s decision-making has been seriously impacted by scams and policy inaction. Whether it is 2G allocation, coal block, or Commonwealth Games, all had only one impact: investment environment in India completely broke down. Why should anybody invest in a country where you legitimately invested and took a telecom license and years later because of corruption the license got cancelled and the investment got confiscated? You want to invest in power sector and still you don’t know what the source of coal going to be? We have only created new liabilities in this manner.

In order to gain and maintain high growth rate for this country, you need investments, larger economic activity, job creation and revenue. Large part of this revenue needs to be invested in infrastructure and poverty alleviation schemes. In economic terms, there is no difference of opinion, but in order to implement these what is required is effective leadership to make a difference

Now in contrast, if you look at what happened in Gujarat I don’t think post independence any Indian politician has faced the kind of criticism that the Gujarat Chief Minister has. He could either get mired in the controversy(ies) and addressing these or he would set his own agenda. He sensibly chose the latter. New experiments, resulting from out-of-the-box thinking succeeded. Look at the opposition the Narmada project attracted. The Supreme Court stalled the project; its cost went up by billions of rupees. Recently, the Chief Minister of Madhya Pradesh told me he is going to inaugurate a scheme, which will bring Narmada water into Shipra that will result into easy availability of water to the Malwa region of Madhya Pradesh. This will solve all problems related to irrigation.

Sourashtra did not even have drinking water. Today its agriculture is growing in double digits. Traditionally, Gujarat had the advantage of white revolution that has further strengthened the rural economy. It has a long coastline, so the state developed ports all along its coast. This has created employment opportunities amongst the fishermen communities, which otherwise relied only on their traditional pre-occupations. Private sector has also been invited to partner in several such economic activities. Improvement in agriculture, infrastructure, milk revolution, ports and proliferating manufacturing sector have changed the face of the state.

Ahmedabad city had a very small geographical area and as part of the expansion plan, adjacent areas were brought within the urban limits during early 2000s. Within a decade good urban housing was available at half or even one-third the price of what was available elsewhere in the country. One reason for this was that instead of shrinking the land availability, the city expanded the land availability. To my mind, this decision was not merely political. The state’s bureaucracy also tuned itself to this changed culture of taking decisions that has resulted in investors directing themselves towards Gujarat.

In order to gain and maintain high growth rate for this country, you need investments, larger economic activity, job creation and revenue. Large part of this revenue needs to be invested in infrastructure and poverty alleviation schemes. In economic terms, there is no difference of opinion, but in order to implement these what is required is effective leadership to make a difference.

At the end of the day, I think, for any manager of political economy it is his ability to understand the direction in which he must move, to accelerate the pace and push the decision-making process. You don’t just need a politician but a hardcore politician and a leader who really can show the direction, look beyond his nose and is clear about the direction in which in the country has to move. If you are too cautious, if you are too safe a player then you run the risk of at best becoming a footnote and that is how history probably will record you.