We need to gainfully employ our youth, the number of which is increasing with each passing year. Otherwise, our strength is running the risk of becoming a liability, cautions N C Saxena 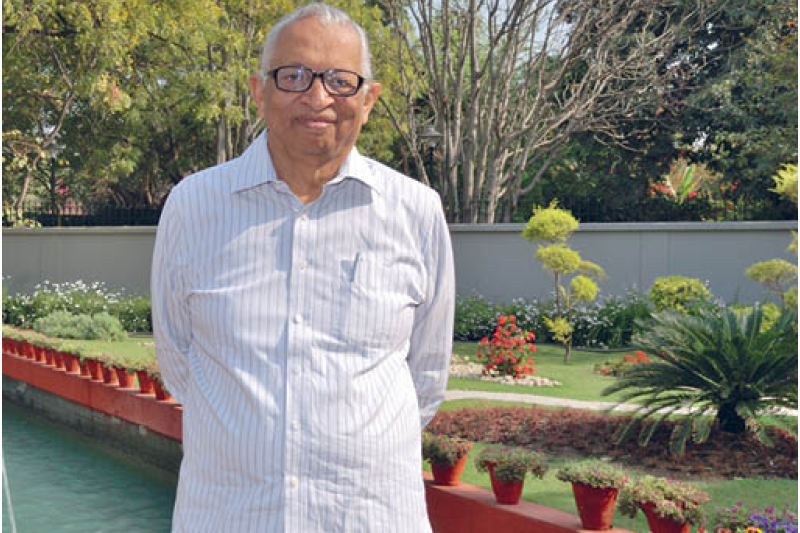 Despite the much touted population dividend (which increases the number of youth who could contribute to productive employment) and massive investment in rural employment programmes, the 68th round of the NSSO survey shows that employment levels in India have been virtually stagnant or declined for the last two decades. Among men, Worker Population Ratio – WPR (ratio of workforce to population) is largely unchanged. It has gone down from 553 per thousand population in 1993-94 to 543 in 2011-12 for urban areas, but increased from 521 to 546 in rural areas. For women, whereas WPR for urban women has slightly declined from 155 to 147, the decline in the WPR for rural women is large in magnitude—a drop from 328 to 248 over the past two decades. The argument that more young people are now attending educational institutions cannot explain why there are still 25 million unemployed people in the country (according to the Current Daily Status figures of NSSO 68th round), who should have got the jobs if the economy was creating them. Not having jobs in sight may be one of the main reasons for pursuing higher studies.

In addition to Mahatma Gandhi National Rural Employment Guarantee Act (MGNREGA), Government of India (GOI) has been pursuing since the 1980s the policy of creating self-employment by providing subsidised credit in programmes such as IRDP (Integrated Rural Development Programme), SGSY (Swarnajayanti Gram Swarozgar Yojana), SJSRY Swarna Jayanti Shahari Rozgar Yojana, NRLM (National Rural Livelihoods Mission) etc. However, the capacity of the poorest sections of society to absorb credit and to start enterprises is limited because of their lack of business skills, illiteracy, their inability to take risks and their lack of motivation for business. It would be much better to upgrade their skills and make them employable in the newly emerging industries and trades. The poor would prefer to improve their skills, and be employed on a regular basis at a decent salary, rather than face the risk of operating in an uncertain market plus the ignominies of humiliation from the insensitive police and municipal officials, which is everyday story for a small enterprise owner and petty trader. Hence the strategy of the Ministry of Labour to focus on skill upgradation makes much more sense than the NRLM supported by the Rural Development Ministry that aims on self-employment.

70 per cent of India’s 1.2 billion population is below 30 years of age. Such young population is a great strength if they are gainfully employed, otherwise they will turn to be a great liability. Over the next decade and a half, 11–13 million people are expected to look for employment opportunities each year. Despite this huge labour pool, however, employability continues to be a major concern in India mainly due to the absence of a proper linkage between the formal education system and vocational training. High school dropout rates (up to 56.8 per cent) and low turnout at the vocational training institutes add on to the challenge. Today, a mere 2 per cent of the Indian workers are formally skilled. In-service training is received by only 15 per cent of workers in the manufacturing sector. A significantly large bulk of the labour force in India – about 93 per cent – works in the unorganised sector, without any formal training.

Skill development still has to establish deep roots in India. Indian universities and professional institutions churn out hordes of degree and diploma holders, most of them are unemployable because they lack the skills manufacturing and services industries look for. Of the 400,000-odd engineering graduates – many from private universities – who pass out every year, only 20 per cent would meet the industry requirements. The rest would have to go through rigorous training before businesses could find them useful.

There are about 6,900 state government owned Industrial Training Institutions (ITIs) & privately run Industrial Training Centres (ITCs) where about 950,000 students are enrolled. However their employability is limited because of poor quality of training, curricula of training not aligned to industry needs and lack of general academic skills such as problem solving, presentation skills, entrepreneurship etc.

An International Labour Organisation (ILO) study of the ITIs and ITCs shows that the labour market outcomes of the trained candidates are not good. The study finds that in the states of Andhra Pradesh, Maharashtra and Odisha, 41, 35 and 16.2 per cent of graduates, respectively, from ITIs were able to get wage employment/self-employment or joined family business. The corresponding percentages for those graduating from ITCs were 22.8, 35.6 and 21.3 per cent, respectively. A World Bank report points out that more than 60 per cent of all graduates remained unemployed even three years after completion of a course.

As stated in the Twelfth Plan Document, the geographic distribution of ITIs/ITCs is at present skewed with South and West accounting for 67 per cent of private and government ITIs and North and East accounted for the rest 33 per cent only. This needs correction, as not only population but growth rate of population is also higher in the Northern and Eastern states.

Although more than 40 million people are registered in employment exchanges, only 0.2 million get jobs. Today, a large section of India’s labour force has outdated skills. With current and expected economic growth, this challenge is going to only increase further, since more than 75 per cent of new job opportunities are expected to be “skill-based.”

Skill development has to be correlated to the demands of the industry and service sector in and around the city. However, many industrial jobs being created are low-productivity and contractual, while employment growth in the relatively higher productivity services sector has been slow in recent years. In addition, with an average schooling of 5.1 years, Indian youth are, on an average, ill-equipped for high productivity urban employment. A report by McKinsey and Company (2012) notes that industrialisation will raise the demand for medium skill workers with secondary education and vocational training, but due to low rates of high school enrolment and completion, there could be a shortfall of 13 million such workers in India by 2030.

GOI has taken several steps for improving skills, such as establishing the National Skill Development Corporation (NSDC) in the Public Private Partnership (PPP) mode to facilitate setting up of large, high quality, for-profit vocational institutions. It has formulated the National Policy on Skill Development and set a target for providing skills to 500 million people by 2022. The government has set up the National Skill Development Mission (NSDM) to bring about a paradigm shift in skill development. The Mission encompasses the efforts of several line ministries of the central government, state governments and the private sector, supported by three institutions.

These institutions are: (i) the National Council on Skill Development under the chairmanship of the Prime Minister to review the spectrum of skill development efforts for policy direction; (ii) National Skill Development Coordination Board under the chairmanship of Deputy Chairman, Planning Commission, to enumerate strategies to implement the decisions of the PM’s council; and, (iii) National Skill Development Corporation (NSDC), a non-profit company under the Companies Act, 1956, of which 49 per cent of equity base is contributed by the central government and 51 per cent by the private sector. The corporation is expected to meet the skill training requirements of the labour market, including the unorganised sector.

Skill improvement is one of the important things needed in active labour market policies. Expanding capacity through private sector initiatives in higher learning needs to be explored while maintaining quality. What is needed is the development of a system where the Government plays a key role in policy development, standards setting, financing and monitoring and evaluation, while promoting greater competitiveness and accountability by private training providers. The quality of training at ITIs has to be improved through upgradation and creation of Centres of Excellence by introducing multi-skilling courses. The shortage of quality trainers remains a cause of concern which needs to be addressed.

With more than 35 per cent of citizens aged below 15 years, 700 million young people below 35 years and population growing at 1.8 per cent per annum, India is expected to become the global powerhouse of human resource by 2025. The National Skill Development Policy has an ambitious plan to skill about 12-15 million youth each year. About 17 ministries of the Indian Government are currently engaged in undertaking various skill development initiatives, with a combined target of imparting skills to 350 million people by 2022. Despite such lofty goals set up by GOI in skills upgradation there has been very slow progress in achieving the target of skill development so far. Against a low target of skilling 8.5 million persons during 2012-13, only about 1.4 million persons could be trained last year by various Ministries/NSDC.

The current size of the India apprenticeship system is small, with approximately 0.2 million youth apprentices. This is a significantly low benchmark for a workforce that is growing by 12 million a year. Furthermore, the number is even lower than that of smaller countries, Japan and Germany, which have 3 million and 1 million apprentices, respectively. The law governing apprenticeship has strict provisions that strongly discourage private companies from implementing apprenticeship schemes.

Government’s monopoly over the skill training is blocking the developmental spirit. The existing strategic and implementation models of skills development don’t correspond well with the competitive global requirements of skilling. Through proactive regulation or leverages, individual employers and various industry associations should be given more space for meeting the mammoth challenges of skill creation. Creation of National Skill Development Mission in PPP mode was a good move, but its performance is far from satisfactory. The chances of the NSDC setting up 1,500 new ITIs and 5,000 skill development centres in targeted time are bleak, too. Government-run ITIs should be restructured with the help of the private sector to meet the objectives for which they were established.

In any case, if NSDC will start catering to the Infosys or other such big corporations’ skill requirements – the rational of its existence would be questioned. A specialised body like NSDC is meant to cater the skill requirements of mass people and small enterprises, which simply cannot afford the professional skill feeding from the open source on commercial rates. A big industry entity should neither seek NSDC’s services and nor NSDC should offer them. Medium and Small Enterprises must be the vantage point for NSDC.

Lastly, trained manpower can be absorbed only if Small & Medium Enterprises (SMEs) are encouraged to flourish. However, these sectors, though having immense potential to generate new jobs with relatively low direct investments, suffer from many constraints. Their expansion depends upon a number of factors, which are influenced by government policies – directly or indirectly. Unfortunately, de-regulation introduced after 1991 has made not touched the rural or the small informal sector and has largely been confined to the modern large manufacturing sector. For instance, marketing and processing of agricultural products is hampered by various regulations passed under the Essential Commodities Act and the Mandi Acts. Strict labour laws come in the way of more recruitment. Poor progress in the energy-transport infrastructure has always been a major constraint on any effort to achieve a significant acceleration on the growth of this sector. Since these are non-tradable services, the necessary expansion in supply must come from increased domestic production.