Lack of connectivity and many active insurgencies have hindered financial inclusion efforts in North-East India. However, with a determined effort, the United Bank of India has demonstrated that it could herald a new phase of development in the region. TEAM INCLUSION finds out how the bank managed to succeed in reaching out to the untapped and unbanked areas of Eastern and North-Eastern parts of the country 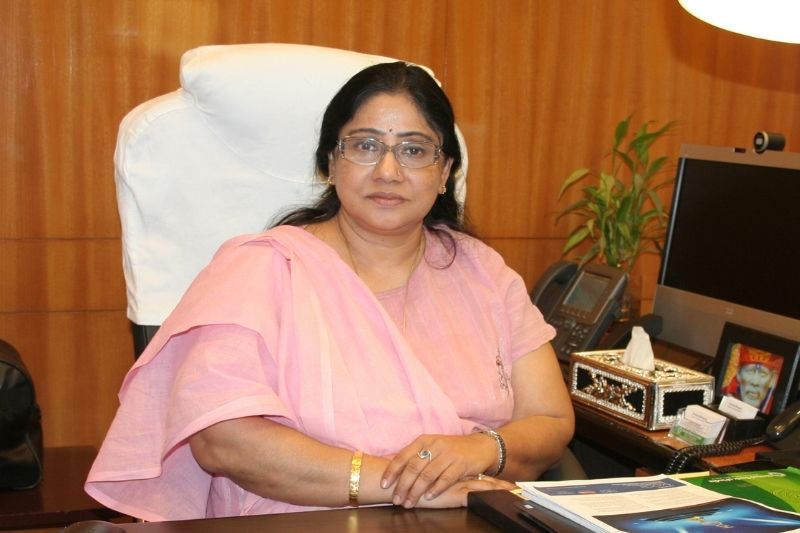 “UBI, through its long-standing presence in the North-East, has been spearheading banking for masses. As sponsor bank of four RRBs, it has set a good example for others to see the merits of these institutions in achieving financial inclusion.”
Archana Bhargava, Chairperson & Managing Director, UBI

In the case of North-East, banking doesn’t really exist after a certain point. The remoteness of the location, low potential of transaction in far-flung areas and the insurgency-related security concerns are stumbling blocks on the way of deeper banking spread in this region. Any bank operating in the North-East works against overwhelming odds to spread its wings.

This is where the United Bank of India (UBI) has broken a new ground. In the last two decades, UBI has expanded its branch network in the North-East in a big way and actively participated in the development activities — especially in rural and semi-urban areas in conformity with the objective of achieving financial inclusion. Out of its total 1,729 branches, almost 1,300 are in the East and North-East. Also, the four Regional Rural Banks (RRBs) sponsored by it have about 10 million customers.

Archana Bhargava, the newly appointed Chairperson and Managing Director of UBI, is busy prioritising the bank’s business opportunities. “UBI, through its long-standing presence in the North-East, has been spearheading banking for the masses. As sponsor bank of four RRBs, it has set a good example for others to see the merits of these institutions in achieving financial inclusion,” she says.

She says returns from farm loans and disbursements to small and medium enterprises (SMEs) are good, considering the fact that at the base rate of 10.5 per cent, the return from agriculture is 9 per cent and SMEs 12 per cent. “These sectors would continue to be UBI’s core competencies. Our priority sector lending is 40 per cent of its total advances, with an increase of 15 per cent year-on-year to reach Rs 256 billion,” she says.

She outlines the bank’s future planning. “UBI is actively partnering with the government’s Direct Benefit Transfer (DBT) programme, besides working for livelihood creation in rural areas. UBI may not be able to lend to large corporates in certain stressed sectors like power and infrastructure, but it always lends to poor people. We normally offer small amounts to the agricultural borrower or to the SME entrepreneur. These sectors throw up vast opportunities for the bank,” she adds.

The bank is 100 per cent core banking solution (CBS)-enabled and its total business stood over Rs 1,700 billion. On operational front, UBI has a three-tier organisational set-up consisting of the head office, 33 regional offices and branches.

But it is in the North-East the bank has made significant inroads. In recognition of the role played by the bank, it was designated as Lead Bank to 30 districts in West Bengal, Assam, Manipur and Tripura. UBI is now more energetically justifying the capital assistance given by the government and public to raise the condition of the marginalised in the region. The bank is convener of the State Level Bankers’ Committees (SLBCs) in West Bengal and Tripura.

In its efforts to provide banking services to people living in not easily accessible areas of the Sunderban in West Bengal, UBI had established two floating mobile branches which moved from island to island. Later, these mobile branches were discontinued with the opening of full-fledged branches at the centres.

UBI sponsors Bangia Grameen Bank in West Bengal and three other RRBs in the North-East — Assam Grameen Bank, Manipur Regional Rural Bank and Tripura Grameen Bank. The four RRBs together have over 1,000 branches. UBI has contributed 35 per cent of the share capital/additional capital to these four RRBs. Their total size of business is Rs 250 billion and they all are profit-making. UBI is also eminently known as the ‘Tea Bank’ because of its age-old association with the financing of tea gardens. It has been the largest lender to the tea industry.

Sanjay Arya, Executive Director of UBI, says that previously, the Manipur RRB was in loss because of high level of NPAs. “Once it was as high as 49 per cent. But UBI was able to reduce it through sensitising clients, RRBs employees and the state government. Now it stands at 17 per cent and total NPA of lending is Rs 120 million (including Imphal). The bank has for the first time achieved a modest profit of 8.5 million,” he adds.

He says RRBs across the country have improved their exposure to NPAs. This year, Bangia Grameen Bank has substantially reduced its NPAs to 20 per cent.

He points out that Assam Grameen Bank deserves special attention as a model RRB. It is in profit with very low NPAs and thrives on excellent business fundamentals. “Its annual profit is close to 800 million, which is quite impressive. It has total business of 120 billion and all its branches are computerised and play an active role in the government’s plan of reaching out to the beneficiaries through DBT,” he explains.

Arya says that all four RRBs are using the inter-operability to channelise the Aadhaar card-based identity authentication platform. Now RRBs issue debit cards to account holders, though they don’t have their own ATMs. Debit cards issued by them can be used in ATMs of all banks. The sponsor bank (UBI) makes the payment settlement on transactions through its ATMs and branch-based electronic transactions.

“Earlier, RRBs were in a shambles on the technical front, but new changes have made them competent enough to be in line with commercial banks,” Arya adds.

The four UBI-sponsored RRBs have sound status in agricultural finance. They lend up to 85 per cent under the priority sector lending, mostly routed through agricultural credit. The Assam and Tripura governments are helping these banks in a great way along with UBI, which as sponsor provides all technical and supervisory support. These RRBs are responding well.

UBI offers support to all four RRBs in training staff. “It’s satisfactory that RRBs have now pay parity with public sector banks. However, their demand for pension needs to be implemented soon, as this is causing insecurity among RRB staff in their post-retired life. A generation of RRB employees is set to retire in next few years, so the Finance Ministry, in coordination with the RBI and Nabard, should speed up the enactment of the RRB pension scheme,” Arya says.

However, functioning under the insurgency and lack of connectivity are major challenges for Manipur Regional Rural Bank. Still, out of its total 28 branches, 19 are operating regularly. That causes NPAs, as field recovery gets impossible in such adverse situations. The state government has provided security, but it is not sufficient. In Tripura, situation has improved now. Condition is much better in Assam and Bengal.

UBI remains a leading retail lender in the East and North-East and it knows SMEs better than others in these areas. So, working with SMEs is quite easier for UBI. The bank’s SME lending is set to grow by 20-25 per cent over the next three years

UBI leads in SMEs finance. Its total asset good value of SMEs is around Rs110 billion out of total lending Rs 170 billion (2012-13). Recently, the President of India awarded the bank for its remarkable performance in SME finance. Over the decades, UBI has concentrated on the Eastern region, and here handicrafts still stays its prime focus.

Bhargava emphasises the bank’s natural ease with SMEs financing. She says: “UBI remains a leading retail lender in the East and North-East and it knows SMEs better than others in these areas. So, working with SMEs is quite easier for UBI. The bank’s SME lending is set to grow by 20-25 per cent over the next three years. The RRBs are too taking part in supporting SMEs in these regions.”

UBI and its sponsored RRBs have successfully met the target of covering villages with population around 2,000 but now the target is to cover villages with population of 1,700. New action plans are being structured to cover them. Experience suggests that the transactions actually have not happened as was expected through business correspondents (BCs). Relying on cost-effective ultra small branches at some point is being considered.

Because of low income, BCs are losing interest from the transaction side and leaning more towards opening accounts on commission basis. Still, this would be cheaper than the conventional brick-and-mortar banking. He says empowering the correspondent service providers through training at the branch level would create better sense of affiliation among them.

“UBI, with its own operation and as sponsoring bank of four RRBs, has done immensely well to achieve maximum financial inclusion in Eastern and North-East India. No doubt, this is a feat we are very proud of,” concludes Bhargava.